The first robotic paella by Br5 and Mimcook 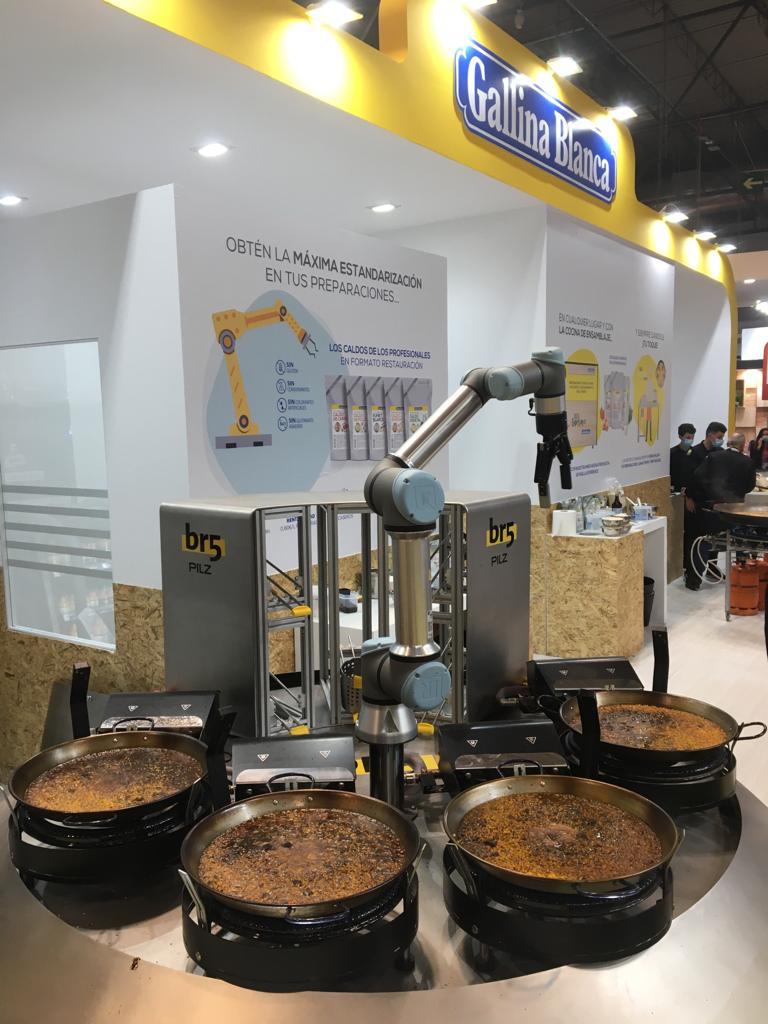 This technology makes paella without human intervention and arises from the collaboration of two start-ups that participated in our acceleration programme.

The natural technological evolution of the gastronomy sector is advancing by leaps and bounds. From the need to free the chef from repetitive tasks that don’t provide differential value to focus on the most creative part of the kitchen, the collaboration between the two Spanish companies Br5, which offers robotic solutions to automate any function in the hospitality sector, and Mimcook, specialised in high-precision paella cookers with electronic fire control, arose.

The synergy between these two start-ups has made it possible to create the world’s first paella made entirely with a robot. They have achieved this, on the one hand, with the technology of collaborative robots (cobots), which can work side by side with the cook due to their ability to detect all the forces around them thanks to the sensors in all their joints and, on the other hand, by standardising temperatures, times, and flame power to be able to control each of the cooking phases in order to achieve predictable results. Once this process is automated, the robotic arm is in charge of introducing each ingredient, stirring the sauce, and broth and flattening the rice.

This star dish of Spanish gastronomy was born from the participation of these two start-ups in RestTech, the 2nd edition of our 2020 programme focused on the digital transformation of the restaurant and its entire value chain. From BCC Innovation’s Culinary Action! acceleration programme and our living lab LABe Digital Gastronomy Lab, we were able to accompany a total of eleven start-ups, Br5 and Mimcook among them, over six months through a complete process led by mentors, investors, and experts from the HORECA sector.

In addition, in two of our Digital Gastronomy Talks, organised by LABe to give visibility to providers of new technological solutions, we had the opportunity to interview both start-ups about their origin, their time in the acceleration programme, and the synergy that emerged from our programme (the two talks are available as podcasts on Spotify: Mimcook and Br5).

Sergi Escolà, director of Mimcook, who comes from a family of rice chefs, explained that the electric paella maker arose from the need to always offer diners a predictable result, where “the restaurant’s investment is at risk”. For his part, Enrique Lillo, an automation engineer and founder of Br5, seeks to standardise the country’s gastronomy, which is why the idea came from being able to export it. In fact, he added that “we are surrounded by elements that help us in our daily lives and we have reached a point where people have to contribute value where it is needed and let robots systematise the processes”.

This new invention was presented to the public for the first time at HIP 2021, a fair held annually in Madrid dedicated to innovation in the hospitality industry. It was a great success and two months later, at the H&T Hospitality Innovation Show in Malaga, they revolutionised the gastronomic sector once again with the robot’s ease of preparing this dish, achieving mentions in more than 160 articles in both national and international media. While the Mimcook robot was already available in establishments in Madrid, Seville, and Barcelona, this collaboration with Br5 has aroused the interest of some resorts and hotel chains. 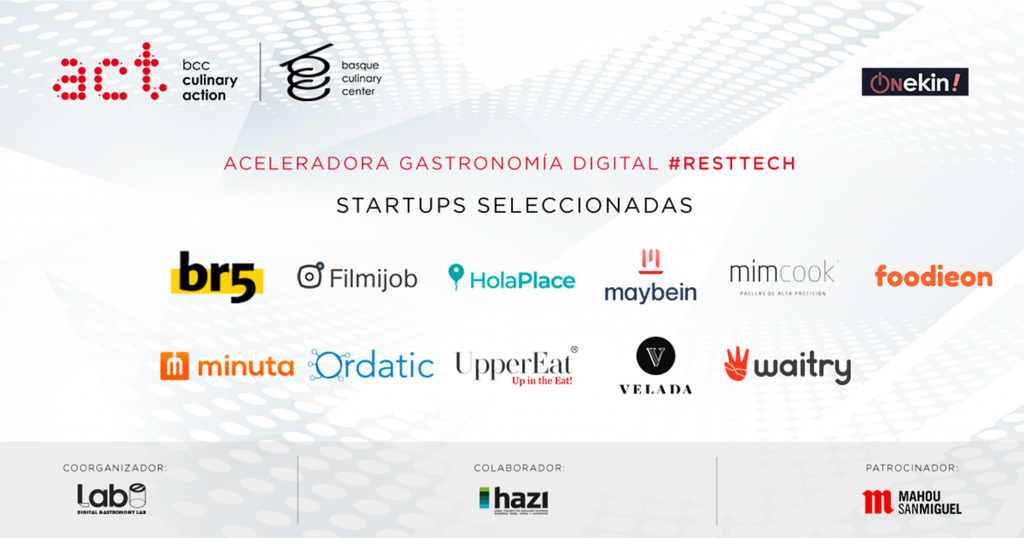 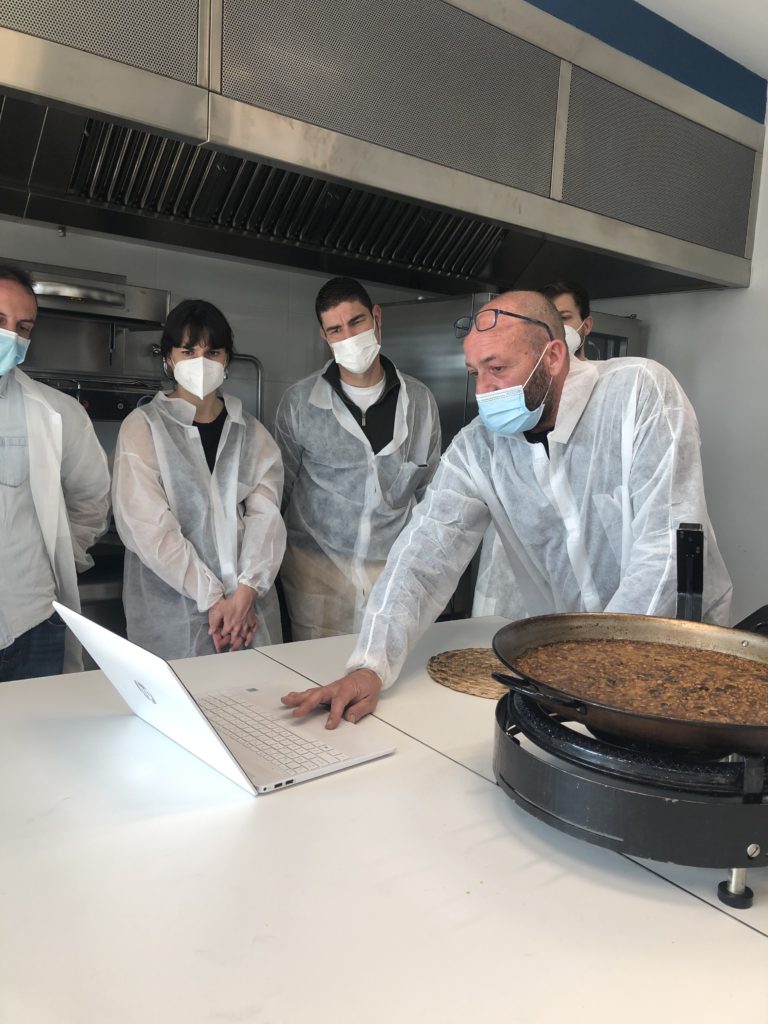 Future of the Digital Restaurant Report 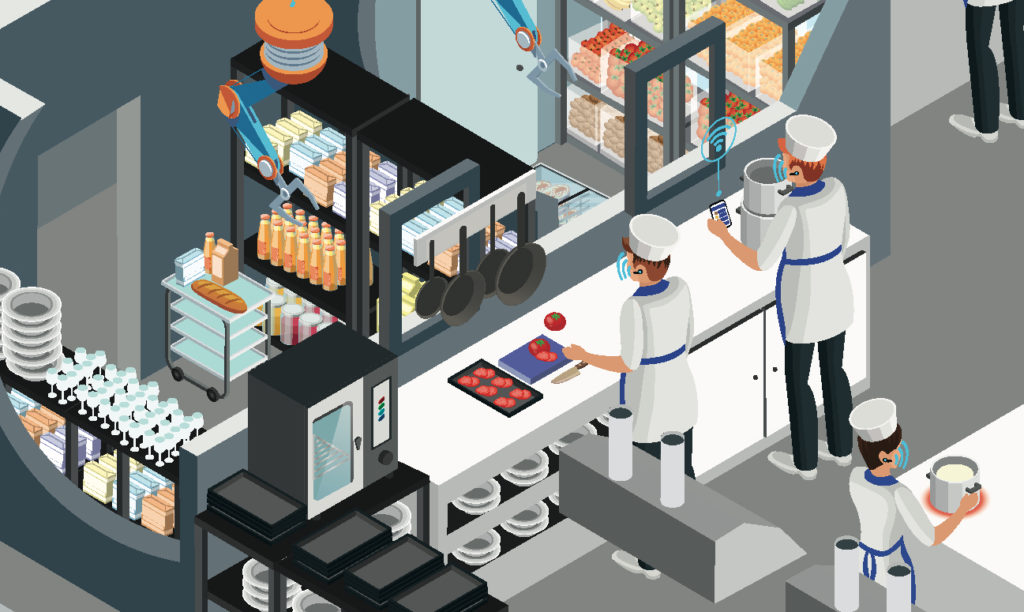 From LABe Digital Gastronomy Lab we present the first report on digital restaurant prospective (DOWNLOAD LINK).   For the first…