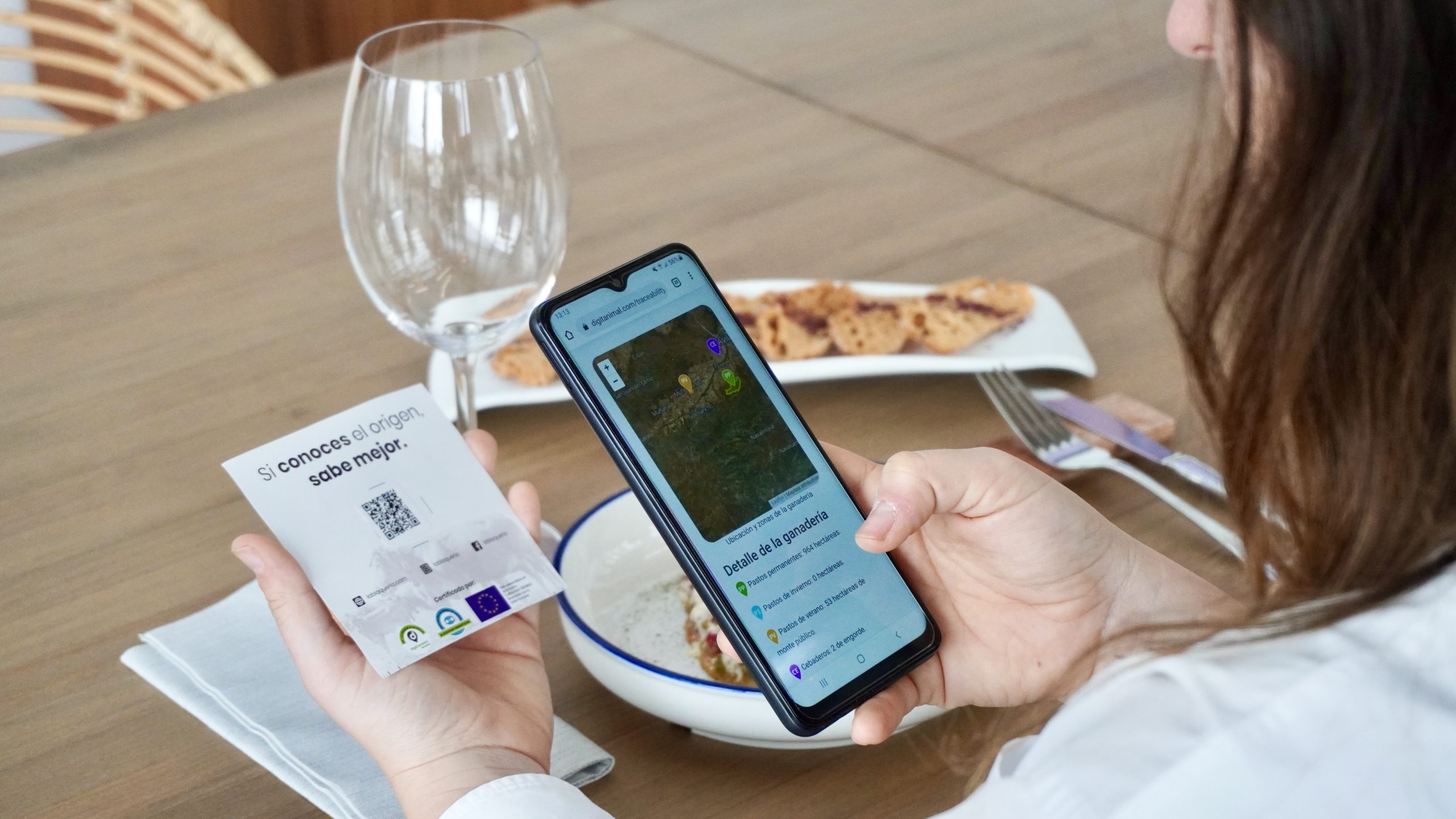 After the positive response from diners to the Eye Tracker, the first digital tool activated on Thursdays in February at the “Technology Table”, the second technology we are going to test is part of the European Cattlechain project and aims to bridge the digital divide between livestock farmers and consumers. At LABe Digital Gastronomy Lab we have collaborated in the testing of QR codes for animal traceability and, since March, every Thursday at noon, by booking at LABe Restaurant located on the 5th floor of Tabakalera, you can get to know this innovative proposal in this digital environment.

In a context in which consumers are demanding products that guarantee traceability, animal welfare and the sustainability of agricultural activities, and when we realised that there were no solutions on the market to help farmers control their farms quickly and easily, Digitanimal‘s technology emerged. This Spanish startup specialises in the development of livestock monitoring systems and at LABe we are activating this experiment, which is part of the European Green Pact “From Farm to Fork” and the Cattlechain project, an initiative financed by the European Commission with the aim of digitally transforming the livestock sector.

The development of this qualitative study at LABe Restaurant with the criteria of the Sensory area of BCC Innovation is mainly based on comparing the response and perception of diners towards the same meat when the traceability of the animal is shown. In other words, when the entire chain of the animal is known from birth to the table. At the end of the meal, to obtain information from the research we will ask for feedback on the experience.

In a past edition of our Digital Gastronomy Talks on how Blockchain technologies are defining the future of traceability, Carlos Callejero from Digitanimal discussed how this type of technology helps us to know more about the way in which extensive livestock animals are raised because there is a need to control them, optimising productivity and reducing search times, losses or even diseases. By digitising the recording of food value chains and with IoT (Internet of Things) and Artificial Intelligence devices, animal abnormalities can be detected and farmers can be alerted early.

This transparency and traceability of the animal is achieved with smart scales and geolocation collars, which record their activity, surface temperature and geolocation coordinates. Heat maps are generated in the application that show the animal’s journey throughout its life. Thanks to all the data collected and the group-moving nature of these animals, the herds can be characterised, becoming clear indicators of animal welfare and health.

This new interactive experience will be available on Thursdays 10, 17, 24 and 31 March and on 7, 14, 21 and 28 April; and you can book it from LABe Restaurant by choosing the Thursday you want to come on the calendar and selecting the option “Technology Table” in the drop-down menu.