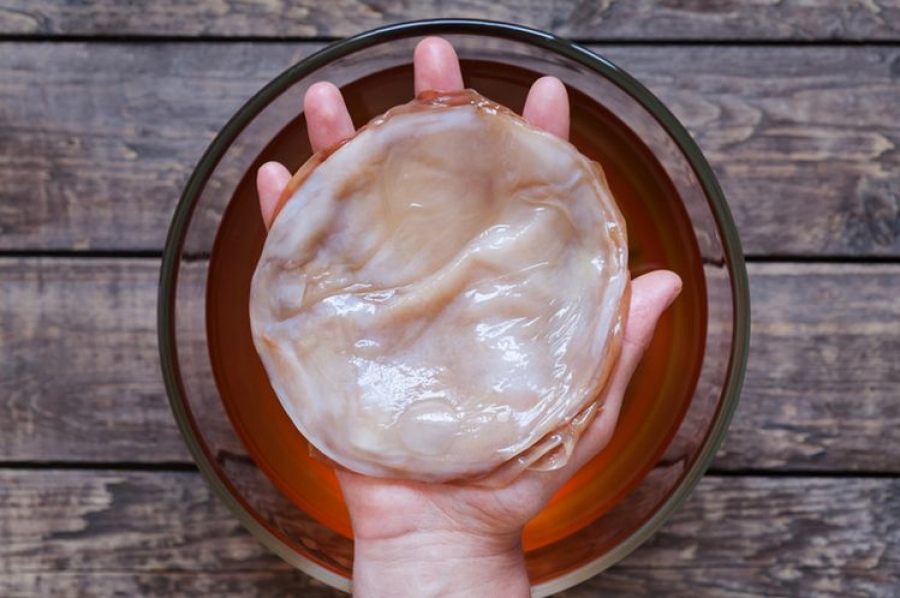 It is also developing a seal (details will be released next year] “which will allow brewers to certify their kombucha as authentic​,” with third parties to conduct audits and offer licensing opportunities.

The code of practice​​ defines what kombucha is and how it is made, and encourages the use of on-pack terminology that the KBI argues will provide consumers with more clarity about ingredients or manufacturing processes, such as ‘added probiotics,’ ‘pasteurized,’ ‘sterile filtered​’ [if the filter is less than .45 microns], ‘carbonated,’ or ‘dealcoholized’ ​(although it allows flexibility in the exact wording used).

The code differentiates between the following (these are internal industry definitions, not​ descriptors on product labels) categories:

The latter category would cover brands using techniques designed to ensure alcohol levels remain below the 0.5% abv threshold throughout the shelf-life, such as using heat pasteurization to kill off residual yeast; micro-filtration to remove yeast [which some consider to be equivalent of sterilization] and prevent secondary fermentation in the bottle; or spinning cone technology to remove alcohol.

According to KBI, kombucha can be produced using a kombucha base provided the base is produced in a manner outlined in the code, but must indicate on the front of the label that the product is ‘made from kombucha base.’​

What is kombucha tea?​

According to the KBI’s new code of practice​​: “Kombucha tea is a slightly sweet/acidic fermented beverage made with an aqueous extract of tea leaves (fermented) utilizing a symbiotic culture of bacteria and yeast (SCOBY or pellicle). Kombucha typically has a pH range of 2.5 to 3.5. The fermentation produces a beverage with some natural carbonation, organic acids, nutrients in natural form and trace amounts of alcohol. Variations in the base solution and optional ingredients, as well as further possible fermentation processes provide a variety of related similar products with different flavor profiles. Sanctioned variations are listed in this standard.”​

KBI president Hannah Crum said the code – which has been in development for five years – is “designed to not only unite the kombucha industry, but also to build consumer trust and understanding.​

“For producers and consumers alike, the code provides a credible source of clarity and increases confidence that what’s on the label is what’s in the bottle.”​

She told FoodNavigator-USA: “It’s impossible to come up with something that everyone is happy with. But what we’ve put out is really fair, it defines kombucha so that there are healthy boundaries, but the nice thing about a code of practice as opposed to a standard of identity, is that we can broaden or narrow the definition based on what we learn over time and update it on a regular basis to reflect innovations and additional research.”​​

Asked why a company would or should pay any attention to the code of practice or choose to add potentially negative-sounding words/phrases to its labels such as’ sterile filtered’ if they are not required to do so by law, Crum predicted there would be growing pressure to pay attention as more brands started using a ‘certified kombucha’ industry seal, prompting consumers to wonder whether non-participating brands were the real thing.

A written definition of authentic kombucha, even if it’s not a legal standard, is also something that would likely be cited in consumer class action lawsuits querying the ingredients or production methods behind products describing themselves as kombucha, she predicted.

“If they were taken to court, this is the first thing people ​[plaintiff’s attorneys] would look for: Is there a definition of kombucha? Well now there is. I think most brands will want to be in compliance, they will want to be transparent.”​ 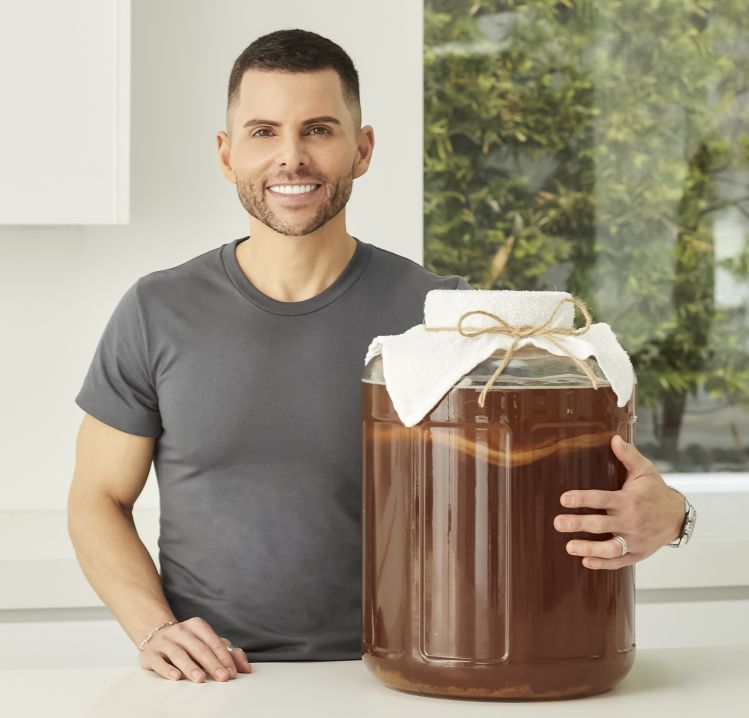 GT Dave: ‘I’m in favor of improved language that will help eliminate and avoid any more confusion’​

“​Ever since I bottled my first batch of kombucha in 1995, I have worked hard to establish it as a legitimate category ​[GT’s recently awarded the KBI with a $1m endowment​​​ to support legislative efforts​​​ to raise the abv threshold and urged brands to support the KBI’s code of practice​].

“In order to protect the category as well as support its continued growth, consumers need greater clarity around all the new versions of kombucha that are now available.”​

He added: “Similar to the juice category where there are many options that can be found and all at different price points (fresh, pasteurized, from concentrate etc), kombucha has experienced a similar ‘splintering’ but with a lot less education and clarity. Without this transparency, the industry will run the risk of consumer confusion, which is bad for the all brands.​

“I’m in favor of improved language that will help eliminate and avoid anymore confusion. I think a seal is a great idea as it will serve as a visual cue for consumers and will help them better navigate the shelves.”​ 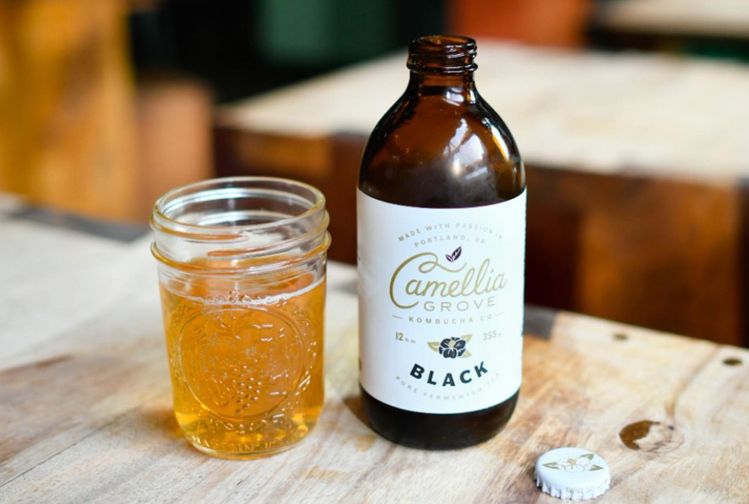 Camellia Grove chief development officer: “I do think it’s important to indicate on the product label if kombucha contains added probiotics or has been pasteurized..” (picture: Camellia Grove)

Robert Deering, chief development officer at Portland, OR-based Camellia Grove Kombucha Co,​​​ told FoodNavigator-USA that, “I do think it’s important to indicate on the product label if kombucha contains added probiotics or has been pasteurized, but I don’t agree with other things, like filtration.​

“Filtration is used to remove yeast, which greatly improves shelf life and essentially stops fermentation and production of alcohol as long as the product remains refrigerated. But filtration might be interpreted by the consumer as sterilized and devoid of bacteria, which it is not.”​

He added: “​I also don’t agree that so-called traditional kombucha should require Camellia sinensis (tea leaves), because it relegates herbal, caffeine-free kombucha to another category completely. We sold an herbal kombucha product in our product line 25 years ago, so my feeling is that it can be considered traditional, especially since we don’t really know how kombucha was made in the past. It’s hard to believe herbal kombucha wasn’t made until the late 20th century in America! So I would prefer that there not be so many categories – why have separate categories for herbal and for [Yerba] Mate? Coffee I understand.”​

Meanwhile, the inclusion of fruit juice and ‘characterizing food ingredients’ ​(permitted in the definitions of ‘Traditonal Kombucha Tea’ and ‘Kombucha’] “seems to me to be a way to allow certain products already on the market be labeled as ‘traditional,'”​ he claimed.

“From my experience and reading, the inclusion of fruit juice is a modern concept that has been widely adopted, especially in America. And the vague concept of ‘characterizing food ingredients’ appears to be the same. KBI is heavily funded in this effort by the largest kombucha company in the world, and it seems that these additions are designed to make their products be labeled as ‘Traditional’, complete with a seal of approval.”​

As for the seal, he said, “It’s unclear whether we would want to include it because it is unclear what exactly would be required, and if there would be an additional cost,” while “a lot of the hygiene specifications ​[outlined in the code of practice] are already required for licensure as a food production facility… There are a lot of questions we would need to consider before adopting this.”​

Opinions vary as to why growth has slowed down so significantly, with Health-Ade founder Daina Trout recently speculating​​ that, brands have been “good at communicating to the kombucha consumer, the health enthusiasts, but expanding past that consumer has not been something many of the brands have done well.​​

“It’s a bit of a happy echo chamber,” ​​added Trout, who said US household penetration of kombucha remained low at around 15%. ​​

“Fifty percent of consumers between the ages of 20 and 40 still don’t even know what kombucha is. So we see that as an opportunity.”​

Read the KBI’s code of practice in full HERE​​.

KBI president Hannah Crum, who has always insisted that, “We​’re​ not trying to keep anyone out of the market,” ​​said new technologies and brewing vessels are being developed to help companies remain in compliance with the law over alcohol and still produce what KBI considers to be an ‘authentic’ kombucha.

Discover how Bare Bucha’s novel approach to brewing kombucha in stackable rectangular trays could help speed up the fermentation process and keep alcohol levels consistently below 0.5% abv, solving a major technical challenge for the industry: WATCH the VIDEO.​​