Why precision agriculture is essential in combating climate change 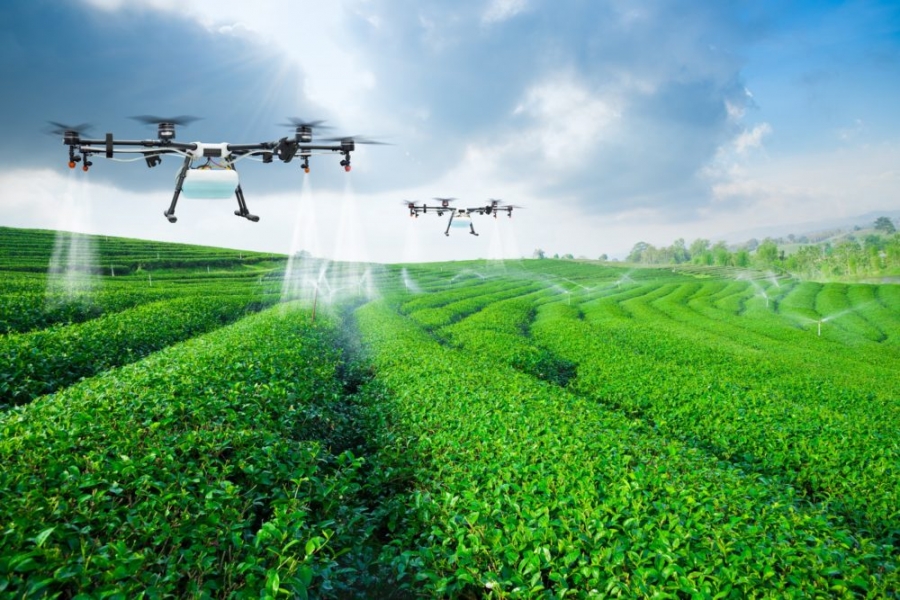 Editor’s note: Slava Mazai is the CEO of OneSoil, a Belarus-based startup that develops an AI-powered precision farming platform and is a member of the Global Alliance for Climate-Smart Agriculture hosted by the UN Food & Agriculture Organization.

The views expressed in this article are the author’s own, and don’t necessarily reflect those of AFN.

The relationship between farming and climate change is something of a double-edged sword.

On the one hand, agriculture is among the largest contributors to climate change. It accounts for 24% of human-generated greenhouse gas emissions, which makes it the world’s second-largest emitter after the energy sector.

On the other hand, farmers are among those most affected by climate shifts. As Earth warms and floods and droughts occur more often, yields are declining, and farming is becoming more difficult in many places. Estimates show that climate change may reduce global agriculture productivity by 17% by 2050.

Research suggests that technology should play a major role in making farming more sustainable, without sacrificing productivity or farmer’s incomes, and with precision agriculture being a large part of the solution. The World Economic Forum estimates that, if 15-25% of farms adopted precision agriculture, global yield could be increased by 10-15% by 2030, while greenhouse gas emissions and water use could be reduced by 10% and 20%, respectively.

When we speak about precision agriculture, the very first things that generally come to mind are site-specific field management or variable-rate application (VRA) technology, which allows for different rates of fertilizer to be applied in different parts of a field. I consider these practices crucial for mitigating agriculture’s environmental impacts. Here’s why.

Over the past 50 years, the global use of nitrogen fertilizer has increased by a startling 800%. This has resulted in a tremendous increase in crop yields around the world and drastic improvements in nutrition on a global scale. Yet this abundance of food comes at a significant cost to the environment.

When soil microbes come into contact with nitrogen fertilizer, they emit nitrous oxide (N₂O). A pound of this greenhouse gas can warm the atmosphere almost 300 times more than the same amount of carbon dioxide. Agricultural soil management is the largest source of nitrous oxide in the atmosphere.

In the US, for example, it accounts for almost 80% of all N₂O emissions. It is also known that most farmers today apply extra nitrogen as a safeguard to ensure the highest yield. Excessive use and mismanagement of fertilizers also lead to water degradation and pollution of habitats. Even though this problem is not directly related to climate change, it poses one of the most significant threats to the environment and public health today.

So, what is the solution? It’s not really feasible to completely stop using fertilizers, since farming will have to feed an increasingly larger number of people. Instead, farmers need to use fertilizers more wisely and efficiently.

The answer is VRA technology. Soil fertility and yields differ dramatically across a single field. Each of these variables can see up to a 400% difference in one field. Therefore, each area of the field needs a different amount of fertilizer. VRA tech helps identify which areas have a fertilizer deficiency and which have just enough. This, in turn, decreases N₂O emissions and minimizes fertilizer runoff, while also increasing yields and saving farmers money.

We used to perceive and treat soil as an infinite resource. But actually, soil today is eroding up to 100 times quicker than it forms. Research indicates that we have already lost over one-third of the world’s arable lands to date and are on track to lose the rest in the next 60 years if current rates of degradation continue.

Moreover, soil degradation itself is a major contributor to greenhouse gas emissions. Surprisingly, there is three times more carbon stored in the soil than in the atmosphere. When the soil gets disturbed, all of this carbon evaporates into the atmosphere. On top of that, degraded soil can support fewer carbon dioxide-absorbing plants.

The underlying cause of soil degradation is intensive industrial agriculture that often entails unsustainable farming practices. Examples of these are monocropping, extensive tillage, and heavy synthetic fertilizer use.

Why is predicting return on investment per field so hard? Find out here

Research shows that changes in conventional farming and soil management practices could sink 50% to 66% of all carbon lost from soils back underground. This, in turn, would cut atmospheric greenhouse gases. Achieving this requires large-scale soil conservation and soil-building activities, as well as more efficient use of agricultural inputs such as nutrients and pesticides. This is where variable-rate technology plays a crucial role again.

I find it very promising that variable-rate technology is becoming easier to use. Current developments allow us to build productivity zones — the cornerstone of site-specific field management — with help from satellite images. This method serves as an alternative to creating these zones based on soil analysis results or other pricey field surveying methods.

Although the effectiveness of this method continues to be debated, I am incredibly inspired by the sheer possibility of using satellites for the benefit of precision farming. Inevitably, technology becomes cheaper and more accessible to a broader swath of society over time. I hope the same is true of VRA in the agricultural world, and that it will soon be a regular practice for every farmer on Earth.