Where are the world’s first ‘lab burger’ growers now? Enlarging their Series B raise 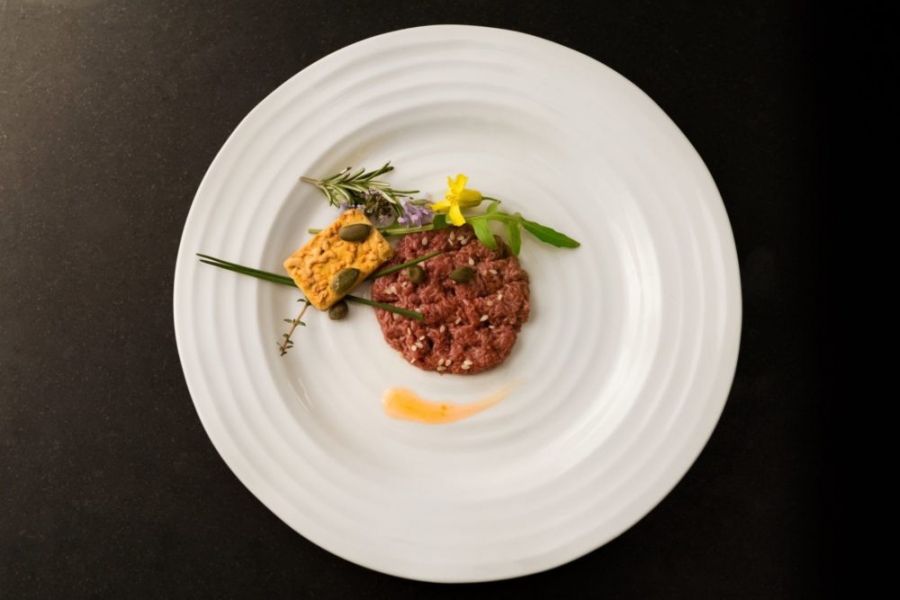 These days, it feels like most days are a ‘World Something Day.’ If there’ll ever be an ‘International Cultured Meat Day,’ an apt date to mark it is August 5.

On that day in 2013, Dutch foodtech company Mosa Meat brandished the world’s first lab-grown burger in London, a big meaty reveal that fired up futurist appetites across the world.

That foretaste of cellular ag was served up with a video message from one of Mosa’s early backers: Google co-founder Sergey Brin. “If something you’re doing does not seem like science fiction, it is probably not revolutionary enough,” he said, sporting the tech giant’s prototype augmented-reality eyewear, Google Glass.

Seven years later, however, and Brin is no longer wearing Google Glass. Nor, for that matter, is the world feasting on lab-grown burgers. Why the holdup?

These years have been a lesson to investors that affordably industrializing a lab concept from the costly world of organ transplants is neither quick, nor cheap, nor easy. Mosa’s 2013 burger was hypothetically valued at around $280,000 per patty.

From a medium-term business perspective, a company with almost a decade of expensive operating behind it and still no viable product in sight could sound like a test of investor patience, if not an outright flop. Yet with Covid-19 highlighting the fragility of animal protein supply chains in a broader context of climate change and population growth, investor hunger for alt-protein like that being built by Mosa is more ravenous than ever. Alt-protein and other novel ingredient startups rasied more in H1 2020 than they did in the whole of last year, according to AgFunder data.

Bolstered by its status as a first mover with a strong scientific core from Maastricht University, the firm has grown to 50 employees and recently announced a $55 million first closing of its Series B round. This is set to get even larger with a second close “in a few months,” Mosa’s chief operating officer Sarah Lucas told AFN.

The Series B first close was led by Luxembourg-based Blue Horizon Ventures, a foodtech fund that has calibrated its focus sharply onto alt-protein, placing bets on Geltor’s meat-free collagen and Clara Foods’ chicken-less egg white.

Also on the investor list are Bell Food Group (somewhat tellingly, one of Switzerland’s leading meat producers) as well as M Ventures and other undisclosed backers.

Flanked these days by dozens of early stage cellular ag competitors like Aleph Farms, Supermeat, Meatable, Higher Steaks, Peace of Meat, Finless Foods, and New Age Meats — to name just a handful — the Mosa team claims to have reached “critical technical milestones” in the last 18 months. These include an 88x reduction in growth medium cost and the removal of fetal bovine serum (FBS) — the source of much controversy around the nascent industry’s claimed ‘clean meat’ label — from the production process altogether.

The problematic use of animal products like FBS in feeding these cells had drawn criticism from the outset, and the search for affordable and effective alternatives has become a niche within a niche for cellular ag companies.

Then, there is the problem of scale: whether through building or buying and repurposing manufacturing facilities, or partnering with contract manufacturers.

“The production process is going to be optimized for decades to come,” said Lucas, explaining why some of the Series B funds will be allocated to extend Mosa’s current pilot production facility in Maastricht. It will also begin development work on an industrial-sized production line that could involve “co-manufacturers,” she added.

Still at “lab scale,” Lucas said the Mosa team “make cultured meat in bioreactors, heated to around 37 degrees. At lab scale, you have around a 1 liter bioreactor. At industrial scale, this could go up to 5000 liters and beyond.”

However, this is no simple case of building bigger bioreactors and applying the same process, she cautioned. Engineering and biological differences at scale would need to be accounted for, and building in ways to get consistent “muscle maturity” is a key factor to get right.

Even at this — still relatively early — point, she said, emphasis needs to go toward convincing regulators and consumers. She noted ongoing talks with watchdogs in Europe, where a path to market could take a year and a half. She also expressed hope that the UK’s post-Brexit national food strategy might begin offering faster paths to market for alternative proteins.

To test out consumer readiness, the Mosa team have been conducting research with Maastricht University. The study invited 193 people from the Netherlands to participate. Divided into three groups, participants were presented with information on the quality and taste of cultured meat, as well as the social or personal benefits.

The subjects then completed a questionnaire and were offered two pieces of hamburger, one labelled ‘conventional’ and the other labelled ‘cultured.’ In reality, however, both were conventional burgers. Not knowing that, each participant chose to taste the patty labelled as ‘cultured.’

Interestingly, despite the absence of any objective difference, some participants rated the flavor of the burger they believed to be made from cultured meat as better than that of the conventional one.

58% of respondents said they would be prepared to pay a premium for cultured meat at an average of 37% on top of the price of conventional meat.

“This study confirms that cultured meat is acceptable to consumers if sufficient information is provided and the benefits are clear,” claimed Mosa’s chief scientific officer, Mark Post, in a company blog post. “This has also led to increased acceptance in recent years. The study also shows that consumers will eat cultured meat if they are served it.”