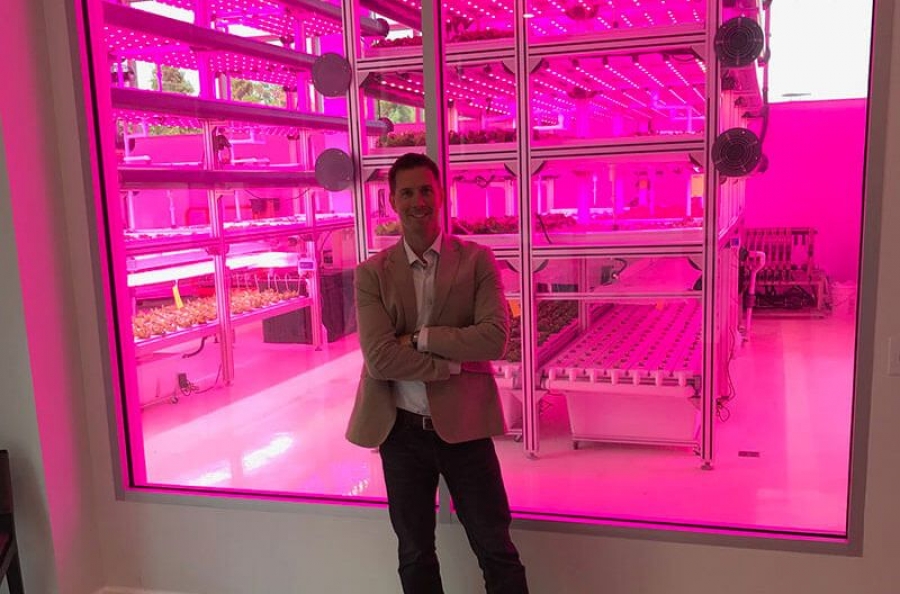 The indoor farming industry is heating up again, posting one of the biggest year-over-year increases in funding according to AgFunder’s AgriFoodTech Investing Report. In 2019, indoor farming investment jumped 38% on 2018.

For Florida-based vertical farming startup Kalera, forward momentum is everything.

“Orlando was our first large-scale facility, but we are eager to double up,” CEO Daniel Malechuk tells AFN. “Our rollout plan has been right on schedule and we will continue to see that in the months and years ahead. It will be a massive rollout across North America and we have plans for an international expansion quickly.”

Kalera recently announced plans to open what it describes as the largest vertical farm in Texas. The location provides access to a number of densely-populated areas nearby that are showing strong demand for locally sourced food.

The announcement comes only two months after Kalera revealed plans for a new facility in Atlanta that will open in early 2021. Two months prior to that, it opened its second Orlando-based vertical farm. The startup has not disclosed any information about its external funding to date, which might be why many people haven’t heard of the company before, but is “very well funded,” according to Malechuk.

But Kalera’s rapid-rollout strategy has less to do with technology and more to do with mindset. Kalera considers itself to be a farmer first and a tech company second.

“We leverage tech when we can and where we can, but we never lose sight of the fact that we are farmers first,” Malechuk says.

He claims that this helps Kalera differentiate itself with “industry-leading unit economics.”

“We have higher yields at less cost than anybody in the industry. We can provide everyday citizens with our product through a local distributor or retailer at a price that is in line with a traditional [farmland-based] comparable product,” he says.

Malechuk was mostly mum about the secret sauce that goes into these self-proclaimed “industry-leading” figures, but he did give a few hints.

“When I say we have a farmer-first attitude, I mean [we believe] getting the job done well is more important than the glitz and glimmer. We are focused on the end result and the most cost-effective way to get there.”

The Atlanta facility will be the highest-producing vertical farm in the Southeastern US, according to Kalera, but its Houston location will be even bigger once operational. It plans to sell greens from that farm to the hospitality and travel industries, as well as the retailers and foodservice distributors which make up its primary customer base. As one example, Kalera helped build the HyCube — an onsite vertical farm — at the Orlando World Center Marriott that supplied greens for the resort’s restaurants and convention center.

Marriott is just one of a number of established corporates showing interest in bringing indoor farming to new places. At the start of the year, Freight Farms announced a new partnership with Sodexo to bring its container farms to college campuses across the US. In New York, Farmshelf has its own grow cabinets deployed in WeWork FoodLabs and the UK’s Square Mile Farms recently crowdfunded over $300,000 to re-kit office spaces with fresh produce.

As the Covid-19 pandemic swept through the foodservice industry, however, new challenges have arisen for Kalera and others focused on that industry.

“There is so much uncertainty with the food market in general, but on the other hand, the pandemic has highlighted the importance of food safety and local food,” Malechuk says.

As consumers bear witness to the fragility of globalized supply chains, some are seeing the merits of opting for low-contact, locally sourced food products. Across the US, demand for locally-produced food has increased as supermarket shelves remained empty and consumers grew concerned about making trips to the grocery store.

“The less far a product travels, the fewer hands that touch it, the cleaner, healthier, and more sustainable a product is. This is being highlighted and people are feeling more comfortable with products like ours,” Malechuk says.

Kalera isn’t the only company to see this as an opportunity for vertical farming. Inno-3B, a Canadian startup developing a turnkey vertical farming solution for plant-based pharmaceutical companies, claims to have diverted its focus to confronting Covid-19 head-on.

To do this, it has teamed up with biopharmaceutical businesses PlantForm, Cape Bio Pharms, and Biopterre. Inno-3B plans to build and operate a pilot molecular farm at its 35,000 sq. ft facility located in St-Pacôme, Québec, which its partner firms will also use to develop “a monoclonal antibody treatment” for Covid-19 patients.