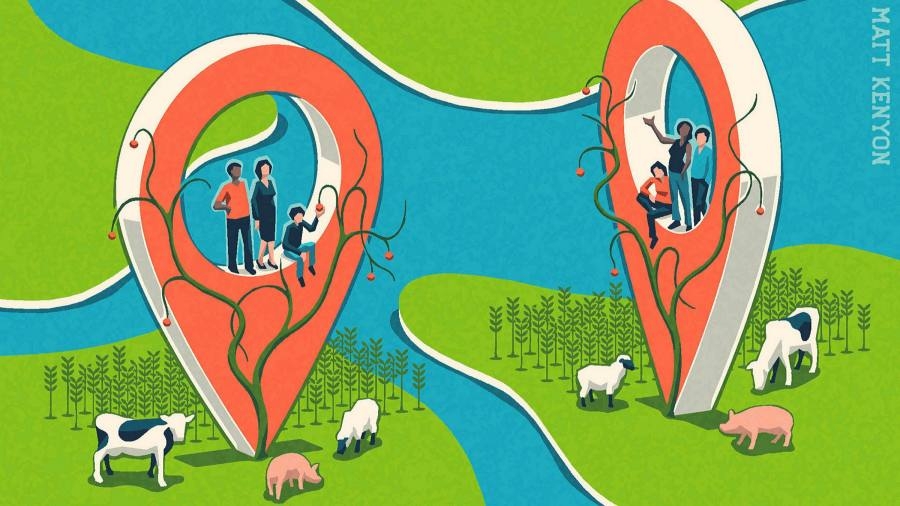 Big Food is fast on its way to surpassing Big Tech as the world’s most politicised business. There is little that is more essential to life than agricultural production. But food security is a term that was, until recently, used only in developing countries.

Now, the coronavirus pandemic has exposed the vulnerability of highly concentrated food supply chains. In the US, this has led to calls for antitrust action. A federal judge filed a big warning shot last week, by giving Bumble Bee Food’s former chief executive a rare prison sentence for his role in an antitrust conspiracy to fix the price of canned tuna. The Department of Justice is also investigating Tyson Foods, Cargill, National Beef and JBS SA. The meat industry, a hotspot in the spread of Covid-19, has not felt this much heat since Upton Sinclair wrote The Jungle.

Food has also become a focal point for concerns about US-China decoupling and the broader deglobalisation of supply chains. China recently threatened to boycott imported salmon after allegations that it could be linked to new cases of Covid-19. European countries including Italy and France are doubling down on protections for local producers. In the US, there are calls to support local agriculture and small farmers, not just for health and national security but also economic reasons.

This reflects a crisis-driven shift in focus from efficiency to resilience. Agriculture has become incredibly efficient. US farmers have nearly tripled their per acre production over the past 70 years. But this has come with tremendous consolidation in most areas of the industry, so that a handful of companies now control everything from meat processing to grain production.

There are also two entirely separate supply chains — one supporting supermarkets, the other restaurants and institutions such as schools and hospitals. When demand in the second supply chain collapsed thanks to pandemic-related shutdowns, grocery prices in the first supply chain surged on higher demand, even as farmers destroyed crops that could not be easily funnelled from restaurants to retail outlets. That is the downside of efficiency and specialisation.

Efficiency is also responsible for iceberg lettuce, one of the most ubiquitous (and tasteless) vegetables ever created. I cannot believe that anybody really wants to eat it, except as a vehicle for scooping up blue cheese in a wedge salad. But it has been a major cash crop in America for most of the last 50 years because the lettuce heads travel well and survive in long supply chains for months. Yet iceberg is mostly water and has few nutrients. That underscores the fact that while productivity has increased, US farmers are encouraged to plant commodity crops rather than fruits and vegetables needed for the country to have a healthy diet — the kind that provides better immunity from diseases such as Covid-19. Instead, Americans waste fuel shipping items like iceberg lettuce all over the country.

This sort of senseless industrial farming is why the EU has been promoting a “farm to fork strategy” that seeks to make agriculture more sustainable and protect a diverse group of producers. Before the pandemic, US Democrats had begun to complain about Big Food, partly as a way to attract votes in Midwestern swing states where many small farmers have gone bankrupt. But, in the face of Covid-19, resiliency and localisation in agriculture has become a bipartisan issue.

Follow FT’s live coverage and analysis of the global pandemic and the rapidly-evolving economic crisis here.

The question is how to make it affordable. Smaller producers who supply high-end restaurants in big cities with premium goods have taken a huge hit during the shutdowns. They are also largely boutique businesses, as anyone who has bought a $20 wedge of cheese on a weekend jaunt to the country knows. Most of America’s fruits and vegetables come from places like California and Florida, where it is much easier to grow them year round. The rest of the country’s inability to fill winter demand is a big reason food imports have risen sharply in recent years. Basically, we need to find a middle ground between 19th-century agriculture and modern industrial farming — between efficient and resilient.

That is where a new crop of high-tech agricultural start-ups could help. I spoke recently to an interesting one, called Plenty, founded by a third generation Illinois farmer, with funding from SoftBank, in what could be one of the Japanese group’s decent bets. The company builds vertical indoor farms in “food deserts”. The farms grow fruits and vegetables on giant walls that can be placed anywhere, since light and water are controlled by technology. That allows families in urban neighbourhoods, such as Compton or Oakland, California, to access fresh produce. Unlike most farm labourers, Plenty’s workers are mainly highly skilled technicians.

According to chief executive Matt Barnard, the company uses 99 per cent less land and 95 per cent less water to grow pesticide-free crops that are not genetically modified. The results are also similar to the best of what a shopper might find in a local farmers market. “Our shipments since Covid-19 have tripled,” he told me. “The pandemic has really changed the conversation about where and how people get their food.”

Better food, higher paying jobs, less concentration — this is the kind of localism we need.

Letter in response to this column: