Food entrepreneurs face a great many roadblocks, from finding cooking facilities to meeting regulatory requirements. Now, in the time of Covid-19, they also must deal with shuttered retailers and other distribution problems.

Back in 2012, Cullen Gilchrist set out to help such businesses tackle those barriers, get off the ground and grow. Specifically, he launched Union Kitchen, a Washington, D.C.-based food business accelerator providing a soup to nuts experience, everything from access to ovens to handling distribution.

It’s also become a beacon of diversity. Today, Union provides services to more than 100 companies, two-thirds of which are minority-owned and over 50% of which are female-run. “We started Union Kitchen with the idea that diversity, inclusion and equality of information and access lead to better outcomes,” says Gilchrist. “Our process has, in itself, attracted an incredibly diverse set of entrepreneurs.”

In addition to a 17,000-square foot space, where entrepreneurs—called members—cook and meet, there’s a warehouse with three trucks and “a couple of” forklifts. (All those facilities have remained open during the pandemic). Gilchrist helps with distribution to retailers, like Whole Foods, and runs his own stores in D.C., where he sells, among other things, around 500 products made by Union members. He hopes to open his fifth and sixth locations this year and eventually add another four, the better to build more buying power for Union’s members.

It all started while Gilchrist and his sister, who was launching a chocolate chip company, were spending time at farmers markets. He got to talking to small business owners there and realized the population of entrepreneurs kept changing from year to year. The reason, he realized, was that they hadn’t figured out how to handle the many complexities of starting a food business. “It was just too hard to get through the early years,” he says. 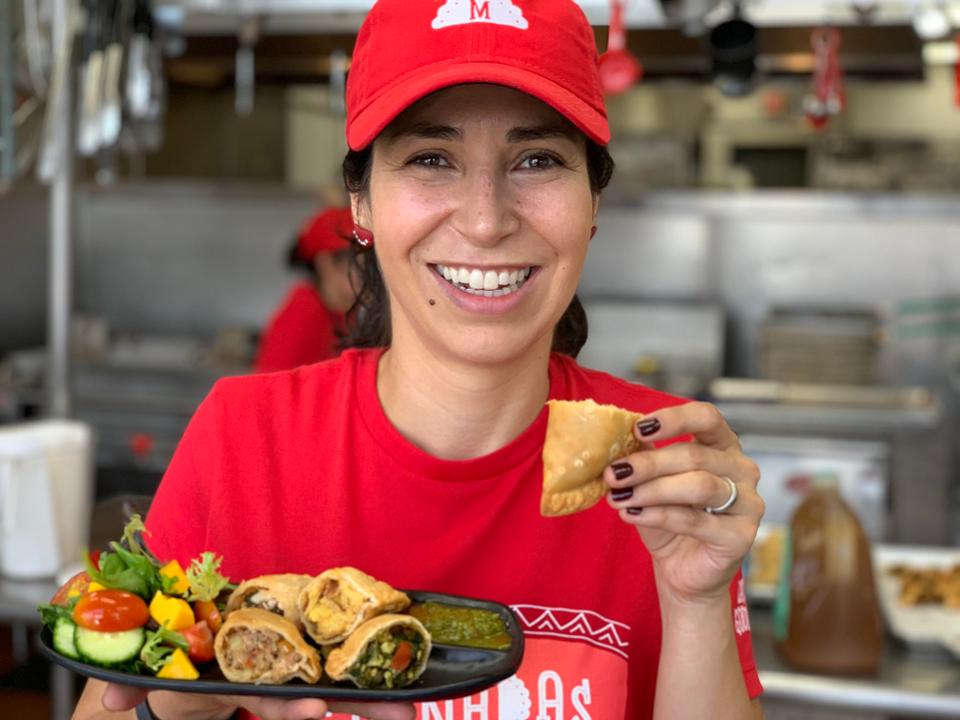 That’s when he decided to build an infrastructure and community aimed at helping these entrepreneurs address the mistakes they so often made and that typically led to their downfall. Gilchrist, who had spent much of the past five years since graduating college working in different parts of the food industry, from managing a restaurant to working as a bartender, figured he had a good grounding. Were they having trouble getting into retail stores? Gilchrist would start them off in his own locations. Did they lack cooking facilities? Union would build them. Did they need a way to crack Whole Foods? The accelerator would help them with distribution.

Plus Gilchrist would take an equity stake, with the goal of building a long-term relationship, also working with organizations like Kiva that could provide loans and grants. “We don’t want to be the sole source of funding,” he says.

The first big step came in 2013, when Gilchrist realized how important getting on the shelves of Whole Foods was to his members and how difficult the goal was to achieve. So, he started meeting with buyers from that company to learn about their concerns. One lesson: The Whole Foods folks, who were constantly on the lookout for innovative local products, needed more efficient ways to find and deliver such items. “We told them we would build a business to do that,” says Gilchrist.

True to his word, he found a warehouse, got trucks, forklifts and pallets and set up a distribution system. Financing came from a $1.5 million SBA-backed loan; more recently, he raised an undisclosed amount from equity investors.

In 2015, Gilchrist moved into a 7,000-square foot facility in the city; a few years later, he relocated to his current place. Now he’s planning to supplement that with another 30,000 square foot space.

Margarita Womack started working out of Union Kitchen in 2017, intending to start a catering company. Then she hit on a concept with more growth potential: making frozen empanadas, a popular food in her native Colombia. (The former middle school teacher was also attending classes to get her MBA at night). Through Union Kitchen, she was able to get on a fast track to Whole Foods.

Last summer, Womack moved her company Mas Panadas from Union Kitchen to a commercial kitchen in Maryland. But she still meets regularly with Gilchrist. “Whenever I have something going on, I call him for advice,” she says.