Sugar reduction and sweetener trends: From stevia and allulose to isomaltulose… 'not all carbohydrates are the same' 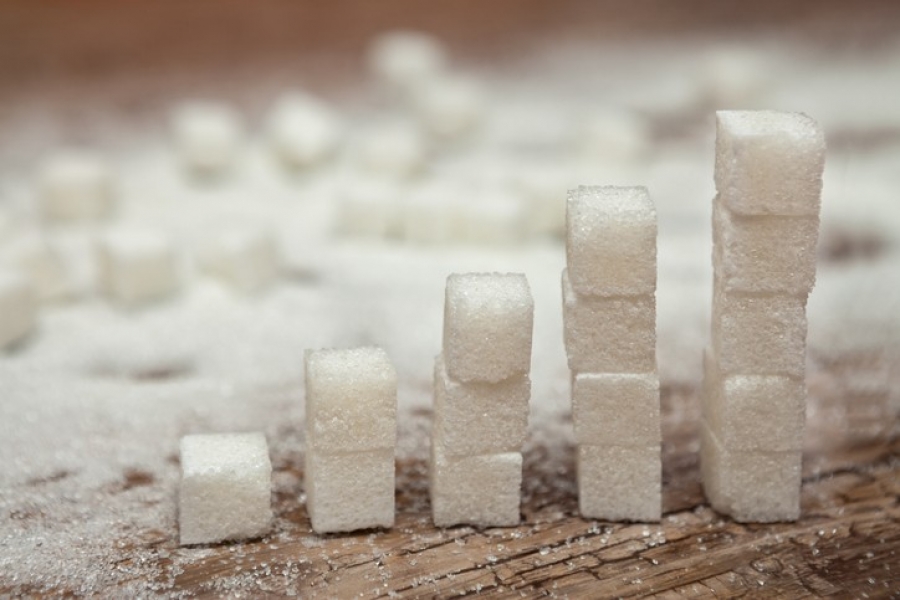 Thom King, CEO of Icon Foods​​​,​ which supplies a wide range of sweeteners used in packaged foods and beverages, said COVID-19 had prompted a «massive increase in demand,» ​in recent months, with CPG customers doubling or tripling orders.

«I have been busier than I ever have been in the lab. We have seen increases in reformulation requests and new formulations.”​

As for formulation trends, he said, “Based on our perspective, monk fruit is the most popular sweetener amongst consumers but, it is a high intensity sweetener that can be challenging to work with because of a loss of mouth feel and some perceivable off-notes that are reminiscent of melon rind.​

“But, this leads me to allulose, which is really gaining more and more consumer interest as more CPG manufacturers release more products using this novel sweetener. Combining monk fruit, which is about 200 times sweeter than sugar, with allulose, which is about 70% as sweet as sugar, makes for a very label friendly plugin replacement for sucrose with a 10th of the calories and very very low net carbs if any.”​

Erythritol remains popular, however, he said: «T​he blends of stevia, monk fruit and erythritol are our most popular sweeteners. Blending erythritol with allulose, stevia and monk fruit creates a great sweetening system for baked goods, since allulose participates in maillard, erythritol helps extend shelf-life by driving down water activity and it also drops freezing depression point in frozen desserts.​ 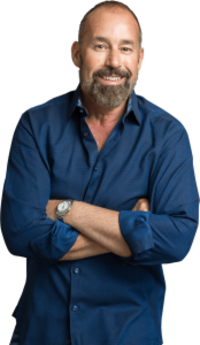 “We will be launching IconiSweet Gold next month. This is a replacement for brown sugar and contains allulose, erythritol, monk fruit and stevia… so it is very functional while making deep clean cuts to added sugars naturally.”​

While Icon Foods sells quite a bit of coconut sugar and agave, he said, “the sale of nutritive sweeteners is pretty flat and may even be declining slightly.”​

As for the GMO factor, he said, “Non-GMO requests are declining as are organic based on price and supply chain instability.”​

In general, he said, “We are finding that low sugar/low carb are the biggest drivers followed by Keto and natural clean labels.”​

However, Icon Foods is “seeing a fast decline in demand for xylitol mostly based on the broken supply chain, pricing and GI impact.”​

No added sugar​ inclusions ‘growing by leaps and bounds’​

One of the biggest growth areas right now is in inclusions, which are carriers for the firm’s sweetener systems, he said. “Our no sugar added dark chocolate chips have grown 10x in sales over the past two years. ​

“We have added white chips and white toasted marshmallow chips as well as no sugar added dusting sweeteners, no sugar added enrobing chocolates, chocolate sprinkles and funfetti multi-colored sprinkles, all sold under our SweetBitz brand. All of these are growing leaps and bounds.”​

Tariffs on selected goods from China imported into the US have increased costs, says Thom King at Icon Foods: “The tariff on erythritol went back into effect on August 7, and this has essentially increased our COGS by a solid 20%.”​

Cargill: ‘Our customers like having the whole toolbox to pull from’​​

Cargill’s CPG customers have also increased orders in recent months, said Andy Ohmes, global director of high intensity sweeteners, and while COVID-19 had caused some disruption to R&D projects, the “fundamentals of what makes stevia interesting for our customers haven’t changed,” ​and if anything, COVID-19 has heightened interest in healthy eating, he claimed. ​

“I miss seeing my customers face to face, but we’re keeping projects moving and we’ve found new digital solutions to meet their needs.”​

“There’s still a really good Reb A market out there because it does function well in certain applications;​ our customers like having the whole toolbox to pull from, and depending on the brand promise, having something from the stevia leaf is important for some customers.”​ 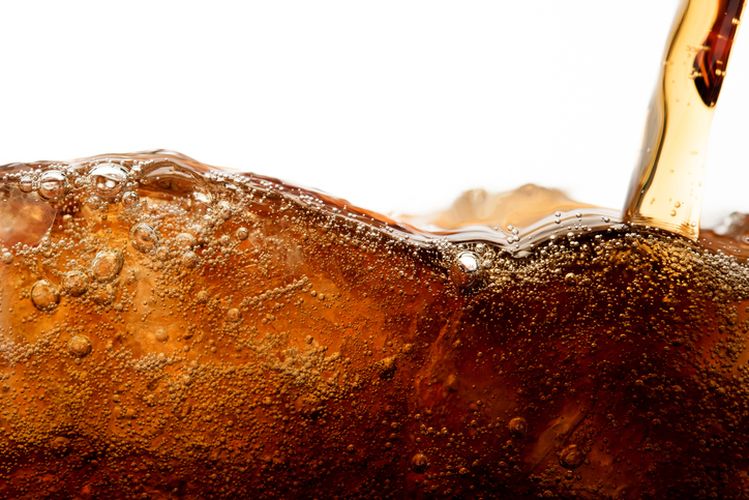 With a «sensible cost-in-use and a reliable, consistent supply, EverSweet stevia sweetener makes great-tasting products with up to 100% sugar reductions a reality, without needing to use expensive flavor enhancers or bitter blockers,» claims Cargill, which produces the sweetener via a joint venture with DSM

‘We have 300+ projects going on with Eversweet right now…’​

For really deep sugar reductions of up to 100%, however, EverSweet​ ​(containing the most sugar-like steviol glycosides Reb D+M ​made via fermentation with an engineered yeast), is often the best choice, he said.

“We have over 300 different projects going on right now, not just in beverages, but in all kinds of applications including bakery, dairy and sports nutrition.”​

He added: “We’ve completed a lifecycle analysis on Eversweet that’s currently undergoing a third party validation, but it confirms that fermentation is a more sustainable way to produce these glycosides because of their scarcity in the leaf. We do have an agronomy program to improve their concentration and bring those numbers up, but that takes time.”​

What’s the next stevia?​

As to what could be the next big natural high intensity sweetener, Cargill continues to explore options, although Ohmes acknowledged that “nothing is a silver bullet​” in this market.

“So sweet proteins are being evaluated and other things that can be extracted from plant and fruits, but it goes back to the triangle of taste, cost, and labeling; any new sweetener ​[to have commercial potential] has to check all three boxes.”​ 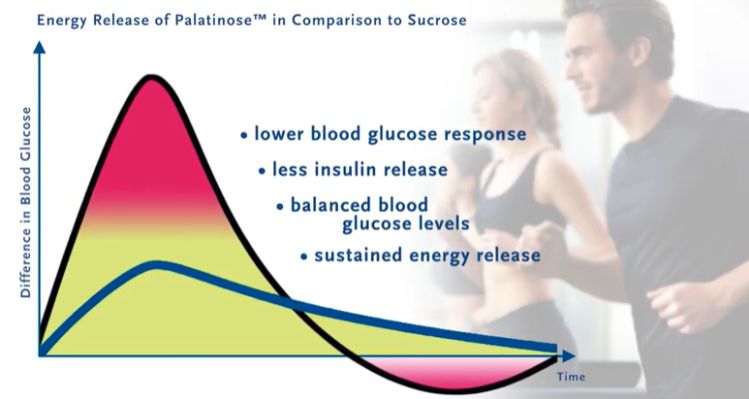 Kyle Krause: «Years ago we learned that there are differences in the quality of fats, now we are learning that not all sugars and carbohydrates are the same…» (picture: BENEO)

BENEO: It’s time for a more nuanced conversation about carbohydrates​

BENEO, meanwhile, is hoping to spark a more nuanced conversation about carbohydrates, moving away from a focus on simply slashing carbs or counting grams of carbohydrate to looking at the kinds​ of carbs used in foods and how the body responds to them, said Denisse Colindres, manager of nutrition communication.

“Certainly the extreme focus on cutting carbs and reducing sugars has drifted far apart from what is considered healthy nutrition. Carbohydrates are an extremely important nutrient that our bodies need to function properly, our brains run on glucose, and we need carbs to function and have energy.”​

But she added: “There is broad scientific consensus that carbohydrate-based foods with low or reduced glycemic properties should be the preferred food choices.”​

Tooth-friendly isomaltulose (which BENEO sells under the brand name Palatinose) is manufactured by the enzymatic rearrangement of sucrose from beets, and has 4kcals/g like regular sugar, but does not have the same impact on insulin and blood sugar, so has a lower glycemic index and is digested more slowly, said Colindres.

“As a disaccharide carbohydrate, isomaltulose needs to be split by intestinal enzymes prior to absorption, and enzyme kinetic data reveal that the digestion of isomaltulose is 4-5 times slower than that of sucrose​.

‘Not all sugars and carbohydrates are the same’​

You can find Palatinose in everything from breakfast cereals and bars to bagels, cookies, dairy drinks, fruit juice and near-waters, as well as sports nutrition, energy and meal replacement products, said Kyle Krause, product manager, functional fiber and carbohydrates, North America at BENEO.

“Most often it replaces sugars or maltodextrins for its sustained energy supply or low blood sugar effect. Emerging categories include everyday snacks, products geared towards children, products for seniors, and pregnant women. It’s also being used for stable icings/glazes for donuts, and to preserve donut softness, and other baked goods.”​ 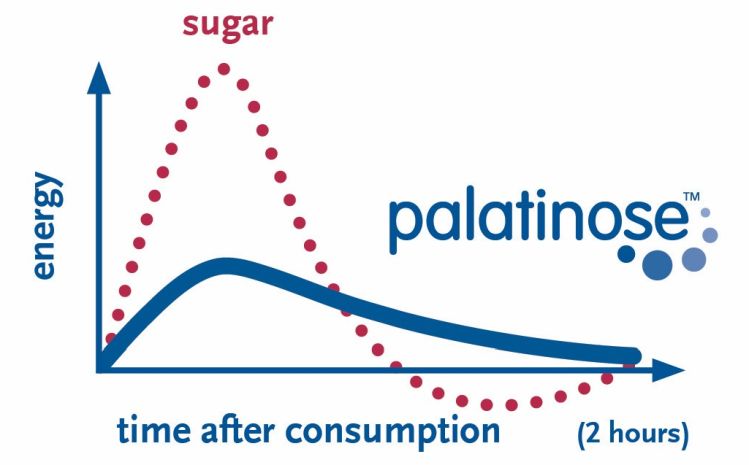 But he added: “A great educational component is needed to communicate that Palatinose does not behave like table sugar. Years ago we learned that there are differences in the quality of fats; now we are learning that not all sugars and carbohydrates are the same.”​

But is allulose more appealing to formulators because it is low-GI but also does not have to be listed as added sugar on the Nutrition Facts panel?

According to Colindres: “The natural fuel of the body is glucose, which Palatinose delivers in the perfect mode, in a slow and sustained way. Allulose is completely different as it is a non-digestible carbohydrate, a monosaccharide type similar to fructose… It​ does not provide glucose, so it does not trigger blood sugar increase. Allulose seems to pass through the body unused.”​

He added: “Figures illustrating its lower blood sugar rise or its sustained energy supply can be found as well on many product labels for a more easy understanding.”​