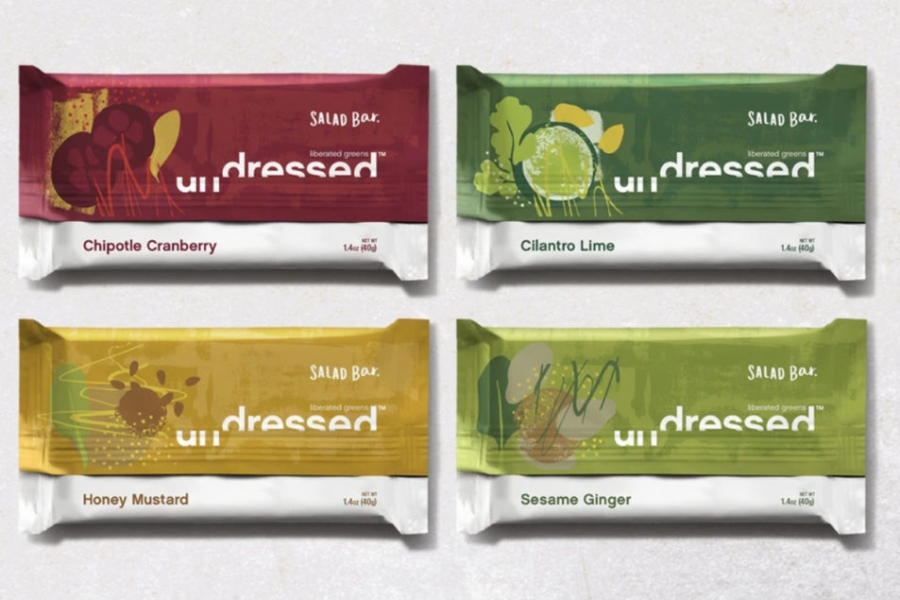 CHICAGO — Anne Klassman, a self-described foodie and fitness enthusiast, concocted the concept for her savory snack bar business several years ago while preparing a bowl of leafy greens for dinner with her husband.

“We were just swapping ideas, and one of them was, ‘Wouldn’t it be cool if we could make this salad into a snack somehow?’” she recalled. “Many iterations later, we came up with this idea to take the various ingredients you would find in a salad and turn it into a shelf-stable snack.”

It seemed like a simple idea, but Ms. Klassman encountered multiple challenges in developing and launching the brand. Undressed debuted in April at the initial peak of the pandemic when many shoppers weren’t seeking or discovering new products. The initial items are snack bars, a segment of the packaged food market that hasn’t seen the same surge in demand as numerous other products as on-the-go consumption has declined due to stay-at-home guidelines.

Introducing a savory product in a predominately sweet category is another obstacle. Are consumers ready for a range of bars featuring spinach and kale? 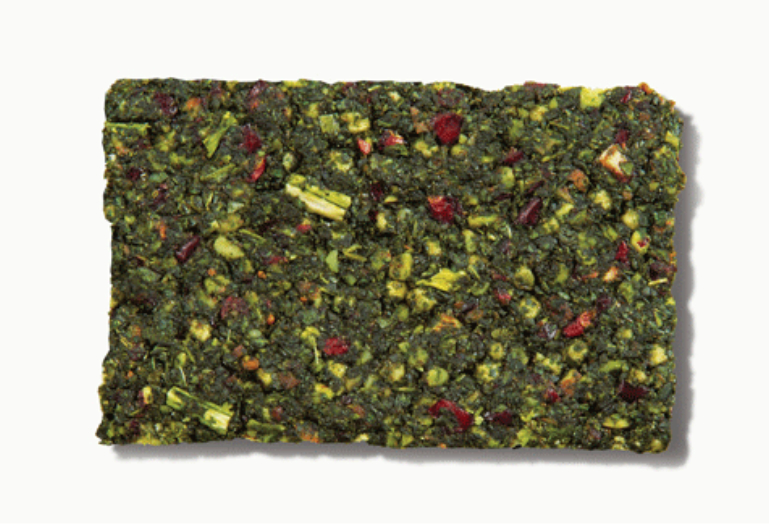 “We know it can be a bit of a shock to the consumer because we’re all so accustomed to the sugar-laden bar market that is also largely brown or brownish tone,” Ms. Klassman said. “Our bars are green. That is completely unexpected.”

Formulating a snack that met her scrupulous ingredient and nutrition standards also proved tricky. Ms. Klassman, who had no prior food industry experience, partnered with a team of advisers and product developers who “affectionately call me the CE-No,” she said.

“I felt so strongly about using whole ingredients and real food,” Ms. Klassman said. “It kept the bars so very clean but made it super difficult to keep them shelf-stable. It would have probably been easier for us to go in the refrigerated space rather than the shelf stable space, but I really felt strongly about creating something you could throw in your bag or leave in your car and not have to worry about it.”

“We like to think of ourselves as the first greens-based savory bar in North America, or the first salad bar as we’ve decided to call ourselves,” Ms. Klassman said. “Everything we do is inspired by our love for greens, and especially salads. We get excited about the possibility of people eating greens every single day. The current flavor profiles, which we launched with four, were initially chosen by our team of advisers. We taste tested a bunch of fresh salads and then did some research on flavors, and our goal was to make the most delicious bar.” 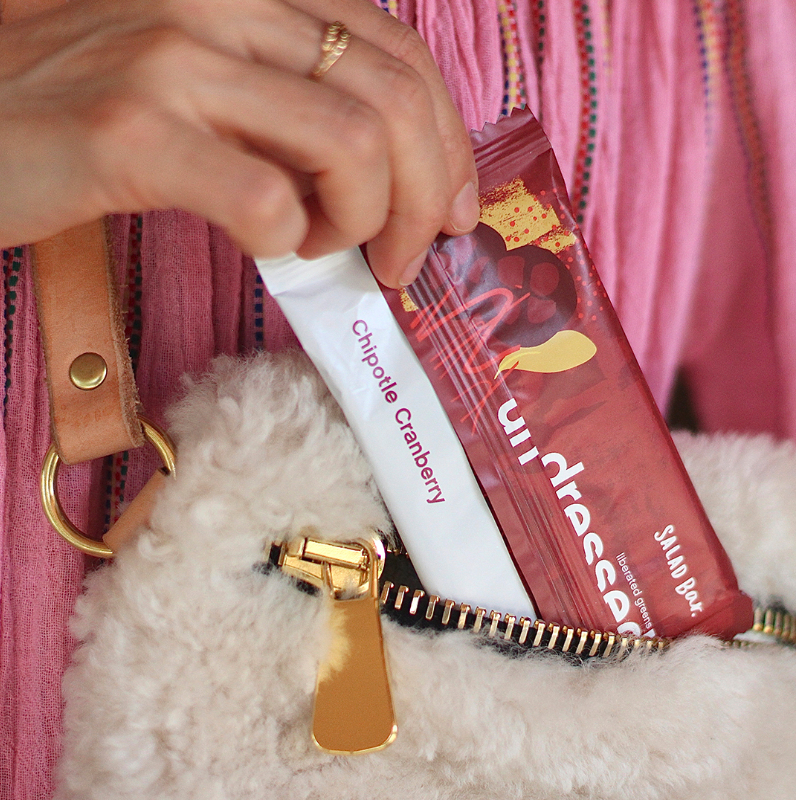 Undressed bars are sold online at Amazon.com and eatundressed.com and at select Whole Foods Market stores in Southern California, Arizona, Nevada and Hawaii. Ms. Klassman hopes to expand distribution next year to retailers on the East Coast, as well as gyms and athletic events.

“As the world slowly opens a bit, we’ve worked with a number of different types of exercise studios, so Pilates, barre, yoga, boot camp, Crossfit,” Ms. Klassman said. “They are super interested in sharing the bars with clients because of no added sugar and the fact that it’s savory. We have sponsored a number of outdoor events taking place throughout the country. In spite of the circumstances we’re all living in, it’s a great way to introduce Undressed to consumers.”

In addition to adding more flavors, Ms. Klassman plans to expand the brand’s portfolio beyond bars into other convenient, greens-based products.

“Our hope is this is just the beginning of an array of potential solutions to help people eat more plant-based foods, especially greens, in the future,” she said. “So we certainly have plans for some line extensions under name Undressed. There’s really nothing quite like what we have, certainly in North America, outside of kale chips and variations on those.”