SavorEat 3D prints and grills meat analogues in 6 minutes: ‘We are completely disrupting the supply chain’ 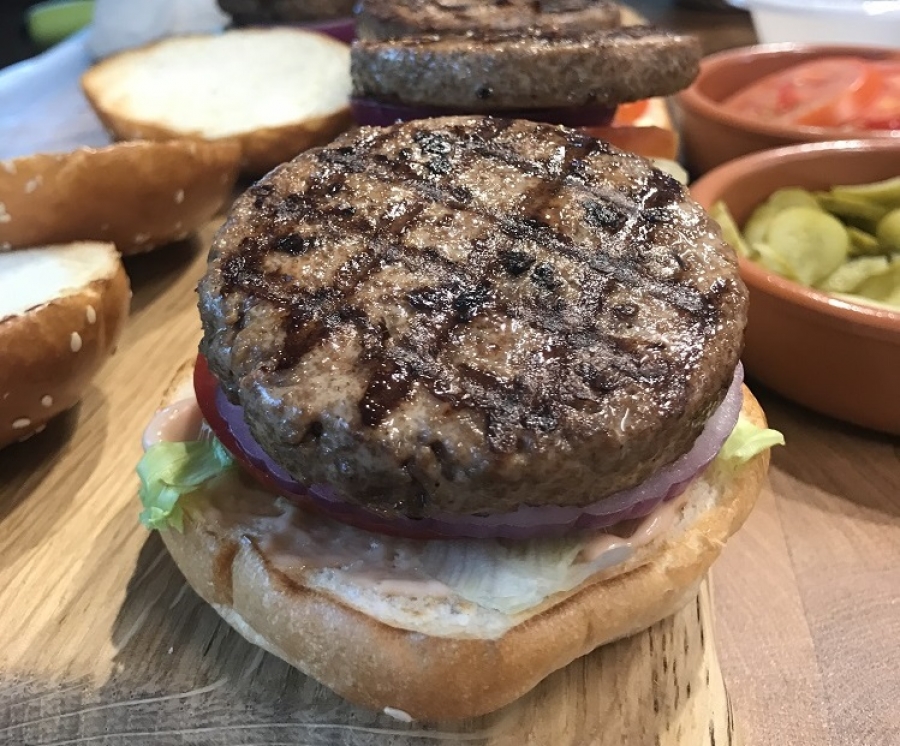 The start-up has developed a ‘robot’ for foodservice that appears to do it all: personalise and 3D print plant-based meat alternatives, before grilling them according to your cooking preference – all within six minutes.

SavorEat has teamed up with Israeli burger chain, Burgus Burger Bar (BBB), and plans to set up a pilot in their facility within a year – making Israel the first country to bring 3D printed food the masses, start-up co-founder Racheli Vizman told FoodNavigator.

USP amid a plant-based boom​

Vizman first became interested in the food industry, from a business perspective, five years ago.

The entrepreneur was on the hunt for nutritious, plant-based food that met her dietary needs. And five years ago, ‘before everyone was talking about protein and meat alternatives’, Vizman was frustrated at the lack of options on-shelf.

“I couldn’t find a solution that fit my needs,” ​the co-founder recalled. At that time, personalised foods meant gluten-free bread, or lactose-free milk, but Vizman was unable to find a ‘complete dish’ in retail. This frustration led to innovation. “I realised there was a huge opportunity in the food industry.” ​

Upon further investigation, Vizman connected with researchers from the Hebrew University of Jerusalem’s Faculty of Agriculture and became interested in an upcycling project, which sought to recreate meat from meat waste products, such as collagen, using 3D printing.

While Vizman wasn’t sold on the meat aspect, she was inspired by the team’s approach of building a final product from basic ingredients: protein and fat. “It struck me that this could be a full solution,” ​she recalled, “but we needed to move the concept away from meat products, towards meat alternatives.” ​

For SavorEat’s CEO, plant-based is ‘where the market is going’ and aligns with Vizman’s vision of what she wants to ‘bring to the table’.

SavorEat is preparing to set up a pilot with BBB in Israel. Pic: SavorEat

Three years on, and the CEO sees the plant-based sector moving in a slightly different direction. In the future, it will no longer be purely about mimicking the taste and texture of meat, she explained, it will be about personalisation.

“We have a completely new approach [to plant-based]. When you think about the current players in the sector who are doing a great job, you think of Impossible and Beyond, which are really recreating the experience of meat.​

“But at the end of the day, you go to the supermarket retailers, and don’t have the ability to control [these products’] compositions.” ​

SavorEat is founded on 3D printing technology, which allows for meat analogues to adopt a heterogenous, rather than homogenous, structure.

Indeed, a significant challenge for manufacturers of plant-based meat alternatives lies in achieving a meat-like texture. It is largely for this reason that vegan burgers have exploded on the market, yet plant-based steaks – with their more complex structure – have yet to hit the mainstream.

“Imagine a piece of steak,” ​Vizman told this publication. “It contains muscle, fat, connective tissue, and sometimes even bones. Each of those compositions has a different texture and mouthfeel.” ​

3D printing tech allows for more flexibility in structure than conventional food manufacturing techniques. “When you’re using 3D printing, you can decide on the spot what kind of texture you would like to create, and where.​

“By using an algorithm, together with our unique ingredients, we can create not just the taste, the flavour, the texture, but also the sensory experience of eating meat.” ​

Another advantage of SavorEat’s offering lies in its unique, proprietary plant-based ingredients. This is how the business recreates the taste and flavour of meat.

Particularly unique to SavorEat’s formula, however, is its binding agent. Here, the start-up is using a derivative of cellulose, which is found in 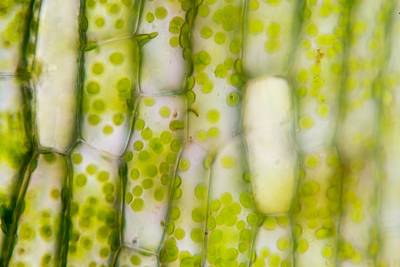 SavorEat is using a binder made from cellulose derivative. Pic: Getty/Sinhyu

plant cell walls. The ingredient was developed by researchers at the Hebrew University of Jerusalem and allows the start-up to create ‘a very stable dish’.

When the cellulose derivative is mixed in with plant-based proteins and fats, the ingredients can be packaged into cartridges and stored at room temperature for up to six months. Without the need for refrigeration, SavorEat’s ingredients save on energy, money, and time, we were told. “They also make it easy to manage fluctuation in demand.” ​

By providing ingredients to customers directly, who can store them for extended periods, SavorEats is ‘completely disrupting the supply chain’, said the co-founder. “We are skipping the entire process of transportation and refrigeration.” ​

An automated and closed system​

SavorEat’s first offering is a plant-based burger alternative, but in the future, the start-up plans to expand into other meat analogues.

Unlike the start-up’s plant-based burger competitors, SavorEat’s offering comes with an automated, closed system that ‘grills’ the burger itself ‘with no human touch’. This is important for businesses looking to comply with restricted diet claims, explained Vizman, such as gluten-free, soy-free, vegan, kosher, and halal. “This is a big advantage for companies.”​

Businesses can also save on labour costs, we were told. Once employees have learnt how to operate the machine, it is possible to consistently produce the same products, with the same cooking preferences, over and over.

From a technical standpoint, the robot works by printing one layer of ingredients, cooking it, and repeating, until the burger is ‘built’. As each layer is cooked individually, foodservice operators will save time on heat diffusion, the co-founder continued.

At this stage, it takes six minutes for one burger to be printed and cooked through, ready to serve. But moving forward, SavorEat expects the robot will be able to increase capacity, to up to six or eight burgers every six minutes.

Vizman is particularly passionate about the customisation potential of the machine. It is possible to adjust the protein content, fat composition, cooking preferences, and product size, she explained.

“There is no solution like this on the market, not even in the [broader] food industry.” ​In fact, according to Vizman, the food industry still relies on ‘very conservative’ manufacturing processes, which she believes can be replaced by SavorEat’s offering.

Further, once at scale, SavorEat could make a meaningful impact concerning food waste. Businesses manufacture on-demand, meaning they produce the exact number of products ordered that day. Users of SavorEat’s technology will not contribute to the 30% of food produced for human consumption that goes to waste, she continued.

SavorEat is not concerned by regulatory barriers standing in the way of commercialisation. In Israel, the start-up will have to undergo a regulatory authorisation process, but the CEO likened the process to that which might be undertaken by the manufacturer of a new oven: “We don’t see any hurdles.”​

Concerning the company’s business strategy, foodservice operators will be expected to make a one-time purchase for the machine, which is approximately one metre in length, and 50cm in height. The CEO predicts contract agreements will also include the supply of cartridges, as well as maintenance services.

Recent investments – including a newly announced $3m Series A round from Israeli investment management company Meitav Dash and $1.75m in Seed funding from Millenium FoodTech – will help advance SavorEat towards commercialisation, the CEO revealed.

“We closed two rounds within two weeks. And we have huge support from the industry as well, which is looking to collaborate with us. [That will help us] get experience, know-how, and accelerate our technology.”​