Run a Restaurant From Your Phone, Thanks to This Latin American Tech Startup 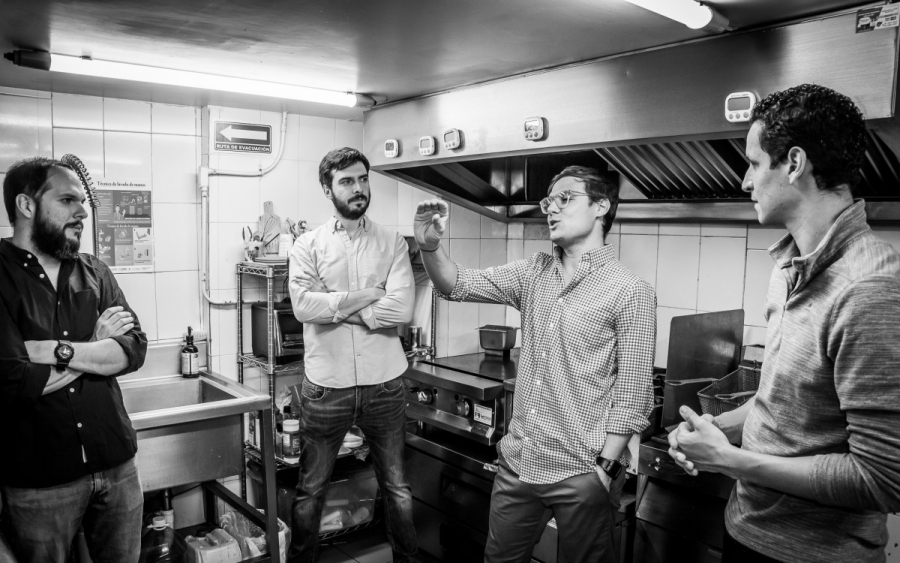 Click through any restaurant industry publication in these pandemic-stricken days and you’ll likely assume that to run an off-premises restaurant, you need to load up on as much tech as you can. But as we’re fond of saying here at The Spoon, when it comes to restaurant tech, quality matters way more than bells and whistles. For all the contactless dining kits, delivery integrators, and AI-enabled tools out there, it’s the simpler solutions often create more value for the restaurant.

A Mexico City-based startup called remotekitchen appears to be betting on that idea with its new restaurant tech platform that essentially lets restaurant operators run a business directly from their mobile phones. That includes everything from promoting their restaurant to taking orders and processing payments. And for independent restaurants in Latin America — many of whom are not even online — that’s all they need.

“We are mobile and this [solution] is working for a smartphone-first operation,” David Peña, remotekitchen’s founder and CEO told me over the phone last week. With fellow cofounder and company COO Diego Vielma, he walked me through the technology and how it can get restaurants up and running with their off-premises strategies.

The company started as a delivery-only kitchen in 2019 and quickly pivoted to software in response to the ongoing COVID-19 crisis. As has been well-documented, worldwide shutdowns have decimated restaurants as we know them, and there’s been much ado over the prohibitive cost of doing delivery via third parties like Grubhub and Uber Eats. So it’s perhaps not surprising that when remotekitchen started tinkering with its own software, others took note.

As restaurant tech goes, the remotekitchen platform is an extremely simple setup. A Basic plan gets you a website (those already online can simply add an “order” button), an app for receiving orders, coupon/promotion management. Those who opt for the Plus plan also get their own branded iOS and Android apps and the ability to process payments online. Either takes about a day to set up, and restaurants can also sell meals via a Facebook integration.

There’s a good reason for the simplicity here. Peña says that unlike the U.S., Latin America’s restaurant tech is “far from being developed.” Tech solutions are hard to come by, and even when they’re available, they’re overly complex.

“This is an industry that is working with almost no resources, almost no labor, so the whole industry is running on the smartphone of the owner,” he explained, adding that he’s seen many restaurants simply taking orders through WhatsApp.

On top of that, roughly 96 percent of independent restaurants in Latin America are not online at all. There are no menus to peruse via the web, and third-party services like Uber Eats are out of the question, given the high commission fees associated with those companies.

The crew at remotekitchen bundled all of these factors together and have built a solution to address them that works on any device and is most appropriately suited to mobile devices. “We believe we can unlock a new market by giving access to a technology,” said Peña.

It’s very early days for the company, which is still in testing phase. They are currently working with just 10 restaurants, though Vielma said that over 50 are on a waiting list and will be able to use the software once remotekitchen “really understands how we are adding value to this small group of restaurants.”

One thing that may help that progress along is the company’s recent participation in food business accelerator Food-X. When remotekitchen joined the cohort back in March, they had no product on the market. Without any technology to back it up, they quickly launched a landing page and started signing up restaurants and figuring out how their product could add actual value to the Latin American restaurant industry.

“They actively seek out feedback and iterate as quickly as any team we’ve worked with so the product gets better and better, not because of guessing, but because they are engaged with their customers, their advisors, and their investors to understand what works and what doesn’t,” Peter Bodenheimer, Partner and Director at Food-X, added over email.

That this past Food-X cohort was entirely remote actually helped. Vielma noted that staying in Mexico City and doing a virtual cohort let the company stay focused on their core market and in communication with the restaurants surrounding them.

At the moment, remotekitchen is developing the final part of its product before they officially go to market. From there, the company plans to start raising its seed round.

The overarching goal is to empower any restaurant to get online — no small feat when the majority of your target region is currently offline and a pandemic is currently wrecking havoc on the entire industry. A huge part of the restaurant industry’s evolution will be the shift towards more and more off-premises orders, for which an online component is pretty much mandatory these days.

Peña says that remotekitchen’s long-term goal “is to enable universal access to healthy delicious and affordable food by democratizing the marketplace.” In other words, anyone can be a restaurant, thanks to mobile-first restaurant technology.