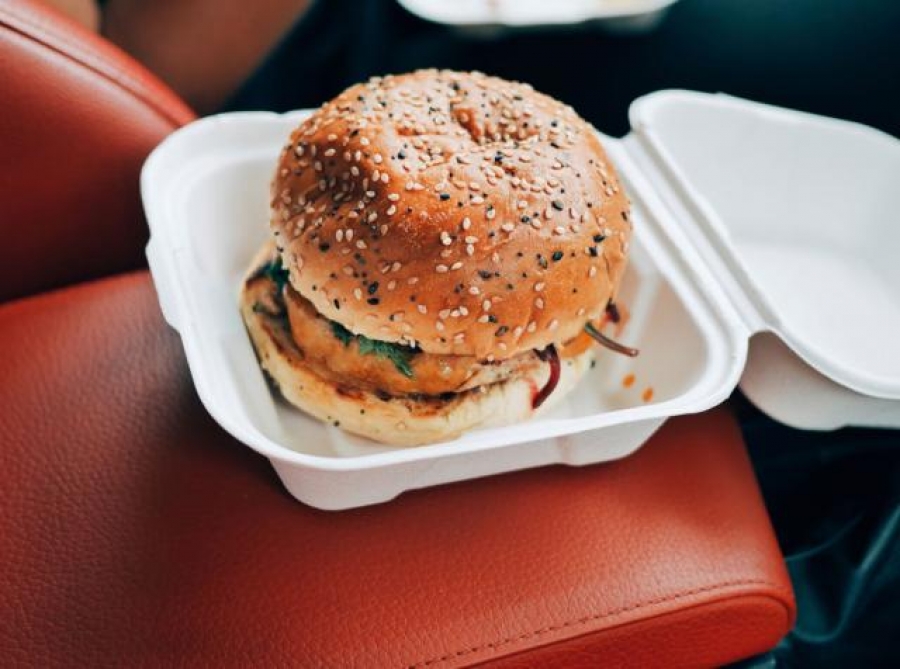 Forced into relying almost exclusively on delivery and pickup after the COVID-19 pandemic, most restaurant owners see themselves in a Catch-22. If they don’t use third-party delivery apps, they fear missing out on customers. But if they do sign up with hired guns, they fear the high fees will take their already slim profits and flatten them like a pancake.

It used to not matter all that much. Before COVID-19, while delivery was rapidly growing, it was still only 3 percent of all restaurant orders in 2018.

Now, as delivery and pickup have become the main source of business, with to-go sales increasing by 96 percent in May, restaurants fighting for their survival have seen how third-party apps, with per-order fees that can be upward of 30 percent and marketing that drives customers to the apps, not restaurants, is not a bargain they need to take. They can blaze their own path with a little elbow grease, a pinch of creativity, and a dash of more sustainable, affordable technology.

Yes, I have a stake in the outcome. GetSwift, which I co-founded, provides a crucial part of the technology that restaurants can use to replace the third-party giants and take full control of their food delivery: routing jobs, tracking drivers, and notifying customers. Frustrated by the third-party apps, independent bars and restaurants have been coming to us for solutions throughout the pandemic.

Just as the U.S. restaurant industry is projected to lose $240 billion this year and an estimated 8 million restaurant workers have been laid off or furloughed due to Covid-19, third-party delivery apps are doing more than fine. Uber’s CEO called UberEats a “big opportunity” that “just got bigger” as gross bookings increased by 50 percent. At GrubHub, revenue was up by 12 percent, year-over-year, for first three months of this year, to $363 million. You could expect them to do even better when second quarter numbers come out. Doordash, the fastest-growing of the delivery apps during lockdown, saw a 21 percent increase in revenue in March alone.

Restaurateurs finally had enough—not with the third-party profits, but with a lack of their own. In normal times, Grubhub is known for its 30 percent-per-order fees. But after COVID hit, some restaurants who signed up for a promotion called “Supper for Support” started receiving less than 50 percent of their Grubhub order totals.

Seven of the nation’s largest cities (New York, Boston, San Francisco, Chicago, Los Angeles, Seattle, Washington, D.C.) have had to enact specific laws to temporarily stop the apps from charging grossly high fees, capping them at anywhere from 5 percent (in Chicago) to 20 percent (in New York). Chicago’s law also finally requires the apps to show customers where their money is going by breaking down the long list of fees and commissions.

Across North America, restaurants are using a variety of tactics to forget about the apps and do it themselves, in their own unique style with some combination of creative menus, in-house marketing, an eCommerce platform, and in many cases, software to track deliveries. Why? Because not only can they keep more of their profits, but they can keep their well-earned customers for themselves.

By March, one of Seattle’s top restaurants, Addo, shifted everything from dine-in to pickup and delivery, and due to chef Eric Rivera and his team’s creativity, sales doubled. They created a new menu of staples like a $9 “Bowl of Food” (such as pork, rice and beans) and $45 “Pasta for Two” with a bottle of wine that can be ordered in advance. To promote, Rivera uses @Addo on Instagram for photos for upcoming meals, and @EricRiveraCooks for behind-the-scenes pics of operating a restaurant during these strange times. Addo doubled its staff in March and is even using an inventive way to deliver—one staffer drives and the other is a “runner” who communicates with guests.

Up in Alberta, Canada, the five-restaurant group Hoot Company, is now doing 250 delivery orders per week, up from zero in early April (they never had to offer delivery). Hoot Company rehired many of their waiters to become delivery drivers, providing customer service at doorsteps rather than tables. They use our app to see all their upcoming stops, accept any changes on the fly, and automatically alert customers. One staffer at central dispatch manages the whole operation.

In Queens, the owner of the barbecue restaurant Queens Bully, Rohan Aggarwal, was shocked to see about 50 percent of the money from Grubhub’s April orders vanish to fees. He’s decided to go his own way by starting Tipsy Takeout, cocktail pouches delivered right to a customer’s door—all they have to do is shake or pour over ice. As for Queens Bully itself, the website already allows pickup, with a delivery option coming soon. Aggarwal is looking into adding the crucial piece: delivery management software to route and track orders, and alert customers.

Restaurants can build it from there, not in one day, but by growing out each component week by week. Hiring one or two drivers. Adding digital marketing. Building your website that stores customer contact info. Trying out delivery software. Adding a little more digital marketing, and so on. Those are all costs. But when those costs add up, you’ll see what restaurants are seeing all across the country: profit margins can be as healthy as ever, and customers as loyal as ever. And as off-premise dining becomes the new normal, this relationship with your customers will always be yours.