Real honey… without bees? Berkeley-based startup MeliBio gears up for launch in late 2021 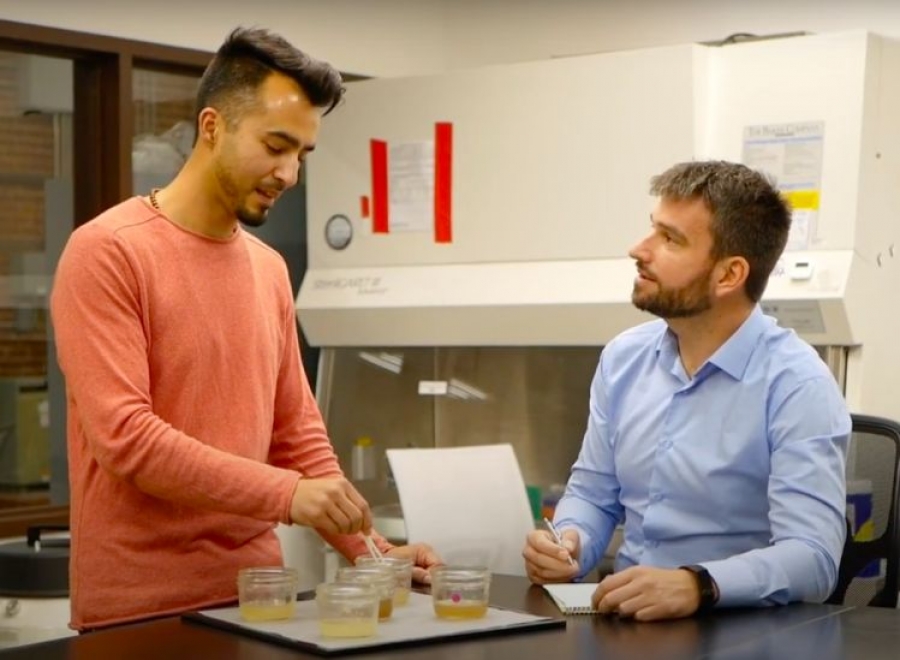 While the ethical and environmental rationale behind seeking alternatives to industrial-scale egg and dairy production is perhaps easier to understand, there are also compelling arguments for seeking alternatives to commercial-scale honey production, argues MeliBio​​ CEO Darko Mandich, a Serbian entrepreneur and honey-enthusiast who has teamed up with molecular biologist Dr Aaron Schaller to bring vegan honey to market.

The first argument is about simple economics, says Mandich, who moved to California in April, secured pre-seed funding from venture capital firm and accelerator Big Idea Ventures ​​in May, and is now seeking seed funding to support a small-scale launch by the end of next year.

US honey consumption, he points out, is showing significant growth, primarily from honey’s use as a sweetener in packaged food products from snacks to beverages, while the global honey market is projected to reach $14bn by 2025, up from 8.4bn in 2018.​ ​

But at the same time, honey is getting steadily more expensive, while honey bee populations are declining due to viruses, parasites, bacterial and fungal pathogens, and climate change, so there’s a clear opportunity to step in with an accessible and affordable product that can be biosynthesized.

The second argument – which MeliBio lays out in more detail in a recent report on bees​​ – spans ethics, biodiversity, and sustainability, and notes that while there are 20,000 bee species that can pollinate many different plants, there are only a handful of varieties of managed honey bees, which are bred to increase productivity and only pollinate a select number of plants.

This has narrowed the gene pool and increased susceptibility to disease and large-scale die-offs,​​ says Mandich, who claims the presence of managed bees has a negative effect on native pollinators, by crowding them out and exposing them to disease.

Meanwhile, all bees, but especially native bees, are negatively impacted by the compounding effects of climate change, habitat loss, and pesticide assault, claims Mandich, who also believes there are ethical issues with large-scale honey production.

“In the winter, when food is scarce, honey bees feed off the honey they created to last through the winter. However, many beekeepers are raising their bees to harvest all of their honey, and may choose to kill off entire colonies to save themselves the time and effort required to have a colony survive the colder months.​

«Those who do keep their colonies often choose to replace the honey with sugar syrup in the winter instead. This syrup lacks essential immune boosting compounds normally found in honey, such as pinocembrin and p-coumaric acid, leaving colonies more susceptible to pathogens.”​

He adds: “We’re taking their food from them, we smoke them, we expose them to disease.”​

So how is MeliBio making its honey… and can you call it ‘honey’ on a food label?

Mandich – who is planning to file a provisional patent by the end of the year – cannot go into details about the proprietary process, but confirms that synthetic biology and microbial fermentation​​ are involved, technologies now deployed by a growing number of companies to produce everything from whey protein to vitamins.

He can’t go into details at this stage, but says MeliBio is effectively biosynthesizing honey by replicating the multistep process that honey bees use to convert nectar (a sugary liquid produced by flowering plants) into food (digestion, regurgitation, enzyme activity, and evaporation).

The honey he and Dr Schaller plan to produce will contain all the key components of the real thing, including components of nutritional interest as well as sugars, he stresses.

“We know that people buy honey ​[which contains a complex mix of sugars, and small amounts of proteins, minerals, amino acids and micronutrients], because it’s a functional product with amazing properties, so we won’t launch anything until the final product is indistinguishable from ​[bee-made] honey. ​

«It will have everything that makes honey, honey. We did blind tastings of samples in Berkeley and people could not distinguish them from ​[bee-made] honey.»​ 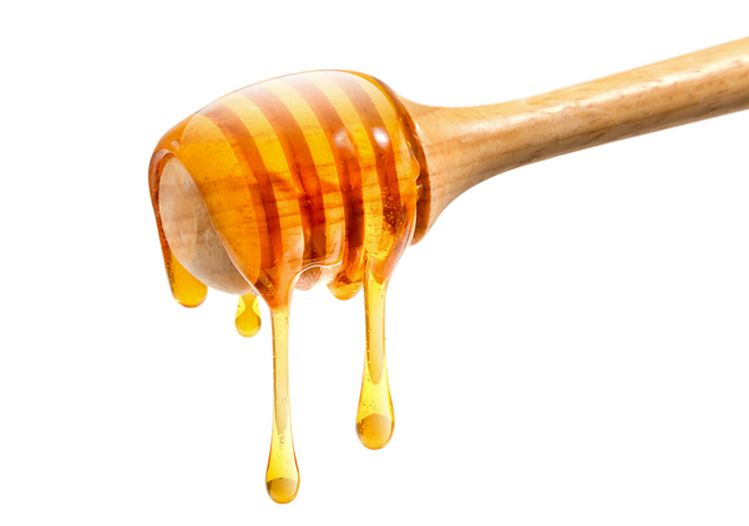 «We had one of those rare ‘a-ha’ moments when we spent time with the Melibio team,» says Andrew Ive at investor Big Idea Ventures (picture: Gettyimages-shutter_m)

Mandich and Schaller are talking to legal experts about what might be needed from a regulatory perspective to get their vegan honey to market (GRAS determination for example), but do not anticipate major challenges given that all of the components they are producing are identical to those in honey, which has been safely consumed for thousands of years.

“We’re not introducing anything novel or unfamiliar to the market.”​

As for labeling, it’s a trickier question, as there is no US federal standard of identity for honey, although the FDA says in guidance​​ issued in 2018 that “Reference materials in the public domain define honey as ‘a thick, sweet, syrupy substance that bees make as food​ from the nectar of plants or secretions of living parts of plants and store in honeycombs.’ FDA has concluded that this definition accurately reflects the common usage of the term ‘honey’ ​[emphasis mine].”

According to Mandich, who is talking to legal contacts that are looking at this issue as we speak: “We know it’s not easy, but we think the regulatory space will be open to new innovations that enable consumers to enjoy products in a more sustainable and affordable way​.”

The fact that animal products made without animals are already on the market is also helping pave the way for companies such as MeliBio, he adds (Perfect Day’s recombinant milk proteins, for example, are listed on ingredients statements as ‘non-animal whey protein’​).

What is synthetic biology? ​​Pioneers in the space liken synthetic biology to computer programming, only with genetic sequences. DNA is effectively serving as a computer code (which can be now be printed surprisingly cheaply) that can be inserted into microorganisms such as yeast and bacteria so they express proteins, sweeteners, flavors, cannabinoids such as CBD, or basically whatever you have ‘coded’ or ‘instructed’ them to produce. HERE.​

The go to market strategy ​

As for the go-to-market strategy, the plan is to launch a branded ingredient that can be used by food and beverage companies rather than launching a CPG brand, says Mandich.

“Several companies have already signed LOIs​ [letters of intent] and they want to purchase our honey as soon as it is available. The plan is to launch hopefully at the end of next year. We’re also being advised by Dr Maha Tahiri, who has worked at Mars, Coca-Cola, Danone and General Mills, so we get amazing coaching from her about how to talk to companies of all sizes.»​

So what about price?

This is a complex question, as there are multiple types of honey all with different price points, notes Mandich, «But we are confident that with some honey types we would be affordable even at the point of launch.»​

Big Idea Ventures: ‘We are excited…’

So what attracted Big Idea Ventures to invest in MeliBio?

«We had one of those rare ‘a-ha’ moments when we spent time with the Melibio team,» ​founder and managing general partner Andrew Ive tells FoodNavigator-USA.

«We were impressed by Melibio’s potentially transformational technology, delivering beeless honey to the $10bn US sugar/sweetener industry. Melibio doesn’t require the complex supply chain or the bees to deliver a large scale consistent sweetener for the food and beauty care industries. ​

«First movers are talking with Melibio about including the first truly vegan honey in their products. We are excited…»​

Readers of The Guardian’s recent report on pollinating California’s almond crop (‘Like sending bees to war: the deadly truth behind your almond milk obsession’) were left with a clear message: honey bees are dying en masse, and almond growers luring them to “the toxic chemical soup of California’s Central Valley” are directly responsible.

The truth, as always, is more complicated… HERE​​