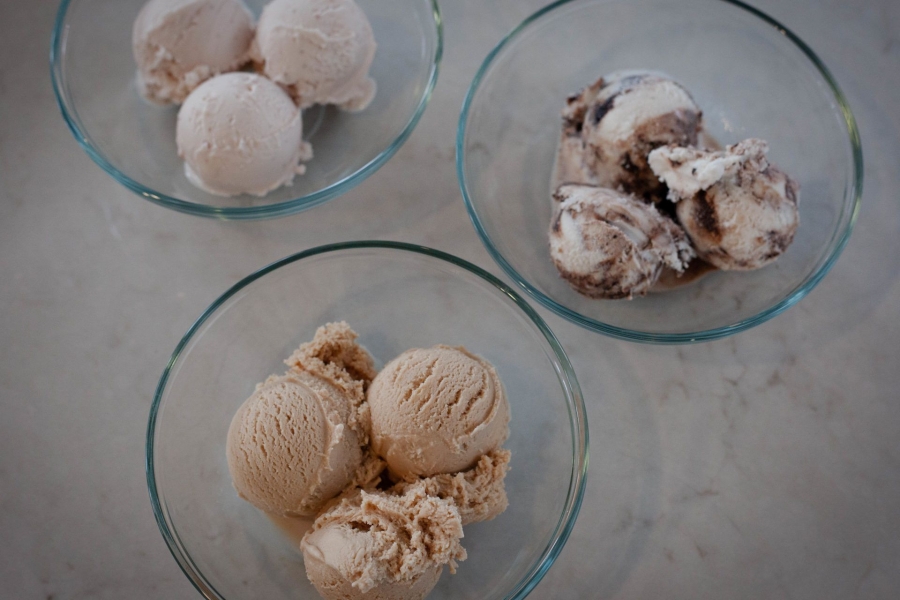 Perfect Day, a Californian startup using plants and fermentation techniques to manufacture animal-free dairy products, has expanded its Series C round to $300 million.

Hawk eyed readers of AFN may have spotted Perfect Day’s previous and already vast Series C close at $140 million last December in a round led by the Singaporean investment agency Temasek and joined by past investors including Hong Kong billionaire Li Ka-shing’s Horizons Ventures.

With this expansion, it is now Canada’s largest pension fund taking the lead. The Canada Pension Plan Investment Board (CPP Investments) has disclosed it is buying a $50 million stake alongside top-up funding from the two aforementioned Asian investors and others.

Representatives from CPP Investments highlighted how Perfect Day had cultivated confidence through regulatory and production achievements. On the production side, the company is showboating a doubling of its production capacity over the last several months, an achievement that likely owes a fair bit to partnerships with manufacturers like Archer Daniels Midland. The tech behind the production involves Perfect Day developing and deploying ways to genetically engineer microflora – the name for a group of protein-producing organisms that includes yeast, bacteria, and fungi — to convert plant sugars into the milk proteins casein and whey that are essential in most dairy products. The whey and casein are identical to what you’d get from cow’s milk, according to Perfect Day, which then combines them with other ingredients to make its products, such as fat and water to make milk. The startup later filters out the microflora from the finished product, which Perfect Day says means it’s non-GMO. An added perk: it is lactose free as well.

US regulators are warming to microflora milk

On the regulatory side, Perfect Day has completed the FDA’s review of its Generally Recognized As Safe (GRAS) status. Incidentally, I tried its strawberry ice cream at a Temasek event quite a while before it was declared GRAS — in Singapore, last November — and hats off to the Perfect Day food scientists; its ice cream had a smooth texture and sweet taste that was uncannily similar to a conventional dairy ice cream. Much more so than any of the purely soy, coconut, almond, chickpea, or oat options on the market today, though these are also getting steadily better at dairy mimicry too.

A pension fund of this standing taking a direct stake in an early-stage foodtech company is an eye catching intervention — whatever the progress on production or regulations. For CPP Investments, which manages more than $400 billion worth of assets, the new investment was not actually through its relatively new in-house VC arm. Instead, it comes via its Thematic Investing team, where it is the first capital deployment of the team’s new Climate Change Opportunities Strategy.

A taste of due diligence

“We were force-fed some ice cream,” recalled CPP Investments head of thematic investing Leon Pedersen, describing how he had also been impressed by the texture and taste of Perfect Day’s dairy products like milk, ice cream, or cheese that “actually taste real” compared to plant-based rivals. Describing the rest of the due diligence process in a video call, he said that one of the key points was around Perfect Day’s projected ability to drive down the cost of production. What drew his team to Perfect Day more generally, Pedersen noted, was how it is “poised to capture structural shifts in industrial practices, physical resources and consumer preferences for environmentally conscious options.” He termed this theme of changing consumer preferences as a “rising green consumerism,” and envisioned this trend gathering speed amid greater government, corporate and public awareness of the urgency of climate change.

That issue, he said, “has gone from the backend of the annual report, right to the frontend.” Of the opportunities this heightened focus on climate opened up, he saw alternative proteins as “the most important market opportunity versus impact on the climate.” Other themes in agri-food tech he touched on in the call included vertical farming, new forms of nutrition, satellites, robotic automation, and machine learning in the agricultural process.

Here, he said it was increasingly important to keep an eye on the early stage, even for a pension fund that is known to be more risk averse. “Some of tomorrow’s strong winners will actually be found in the private space,” he said, expressing an appetite for further investments in this area, as the CPP Investment thematic portfolio is split one third private equity, two thirds public companies. That said, he underscored how his team would be demanding on proprietary technologies and patent protection as a means of mitigating risk.

There is of course no such thing as a perfect risk-free investment, and Perfect Day will be no exception. This segment of the foodtech industry is churning with competitors like Eclipse Foods, Dream Pops, Clara Foods, Ripple and New Culture — and that is just to name a few using both cellular agriculture and fermentation techniques like Perfect Day as well as plant-based formulations. Neither does Pedersen write off competition milk from cows, either; he said that he does not envision cows disappearing “for a long time to come.” Still, he added, “Perfect Day can be a very significant company without replacing all the dairy farmers in the world.”

Speaking to my AFN colleague Louisa Burwood-Taylor late last year, Perfect Day’s co-founders Perumal Gandhi and Ryan Pandya were confident they haven’t seen any companies in the alt-milk space with the same level of progress as Perfect Day — the startup is one of the longest-standing since first launching in 2014 as Muufri. “We do have a 5-year head start over new entrants in the flora-based dairy category, said Gandhi, “and the IP landscape will also be challenging for others.”

Niches like lab-grown breast-milk (or even snow leopard milk) might be an area with less of a head start, however. Those are markets that earlier stage startups like TurtleTree Labs and Biomilq are targeting, with Biomilq recently securing a $3.5 million investment from Bill Gates’ Breakthrough Energy Ventures. But that niche does not appear to be one Perfect Day are heading for as yet.

With more mainstream milk products, one tactical advantage the founders are claiming over the dairy industry already besides their sustainability credentials is production flexibility. The dairy industry has experienced a supply glut in the face of Covid-19, driven by long production cycles, centralized manufacturing, and limited processing facilities. The founders of Perfect Day now say that it has a production advantage of greater demand responsiveness, allocating a stable protein supply to where it is needed most. With some of the extra funds, Perfect Day also plans to build a turnkey network of localized animal-free dairy protein producers and processors to avoid supply chain bottlenecks.