Oatly: ‘Now we want to challenge the whole dairy industry’ 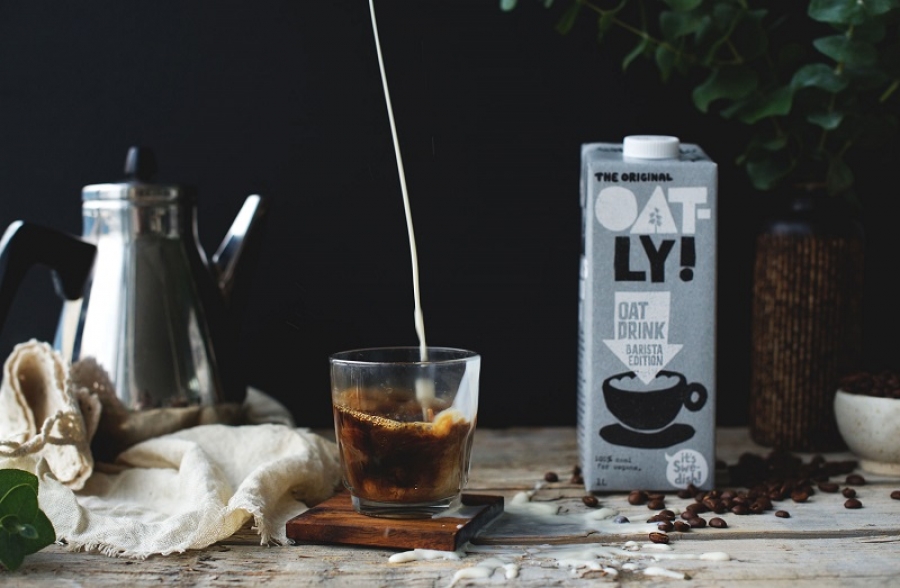 The new shareholders, who include Oprah Winfrey, Jay-Z and Natalie Portman, as well as former Starbucks CEO Howard Schultz and Rabobank Group’s investment arm, will own about 10% of the business – reportedly giving Oatly a total value of around $2 billion.

In a statement, the company said it will use the new funds to expand in its existing markets in Europe, the US and Asia to tap into the “growing community of health and environmentally conscious consumers worldwide​”.

“It is my belief that capital has to turn green and do so for the right reasons,”​ Oatly CEO Toni Petersson said in the statement.

He added that support from Blackstone “is a clear indication of where the world is heading, which is in a new, more sustainable direction​”.

Speaking to FoodNavigator, Petersson denied the company’s growth was down to good timing alone. Oatly was in fact founded as far back as the early 1990s by two brothers at Lund University in Sweden who wanted to develop a plant-based alternative to cow’s milk.

Their patented solution, based on enzyme technology that turns loose oat fibres into liquid whilst retaining the nutritious benefits of the oat beta-glucans, is used in the manufacturing of Oatly’s range of oat-based dairy products today. One of the brothers, Professor Rickard Öste, remains the company’s head of science.

Petersson arrived as CEO in 2012 and re-launched the brand a year later, with a focus on the message of health and sustainability. He said the company’s backstory gave it the “authenticity​” to be able to capitalise on demand for plant-based products from mainly younger consumers concerned about the greenhouse gas emissions generated by the traditional dairy industry.

“Our authenticity shines through, especially with the Gen Z and Millennials,»​ he said. “The plant-based dairy category was initially driven by lactose intolerance. What you see today is a conversion from cows’ milk and interest in sustainability from passionate young people who want to change the world… We want to be one of the thought leaders in this global movement.”​

Clément Pointillart, Executive Director at Oatly’s majority-owner Verlinvest, added: “W​hen you talk about Oatly you talk about a 30-year overnight success. It has over a 50% market share in Sweden where it’s been around for 30 years and where it has created and developed the dairy alternative market. For the last five years we’ve seen expansion into a global audience, but the success is also deeply rooted in the authenticity that it has created from a product standpoint and sustainability standpoint for those last decades in its own market. So this has been in the works for a very long time.»​

Cracking the mainstream without selling out

Pointillart believes the deal with Blackstone is proof that Oatly’s mission “is now being embraced by mainstream funds​” that will continue to help bring it to a global audience. But despite ‘going mainstream’ Pointillart said the company hasn’t lost its challenger brand ethos.

“We made this ad look like street art so you would like it better than if it was just an ad,”​ is one eye-catching example that was emblazoned on the outside of a Berlin building.

It uses similar tactics in its labelling. Last year, it added a carbon footprint label to its products in Europe beside which read: “Hey, food industry: show us your numbers!”​

All of which begs the question: what’s more revolutionary – Oatly’s marketing or its oaty products?

Both, said Petersson. «We couldn’t have done one without the other. You can’t separate them.»​ The marketing strategy, he explained, aims to give the brand a strong, unique voice which allows it to better communicate with its audience.

«A brand needs to have voice. That’s why we can have a conversation with our consumers in a different way. Sometimes it’s about really serious topics, sometimes it’s about pure nonsense – but it’s a voice and you always recognise it. But it could never have happened without the product.”​

He says to have established a whole new category in three continents “has been amazing​”. But does he fear those new cohorts of customers disappearing as quickly as they have adopted the plant-based crusade, particularly given the brand’s premium price?

«I don’t fear it becoming a fad… young people in five years aren’t going to say: ‘it doesn’t matter anymore and let’s start to consume more meat-based or dairy products’.»​

Health concerns, accelerated by COVID-19, are another tailwind. According to Pointillart, the health benefits of oats are second to none. «Moving away from cow’s milk, the only thing you give up is protein – and it so happens [people] have way too much protein intake but don’t eat enough fibre. Oatly has an amazing fibre and beta glucan content… we’re ideally positioned to grow from a nutritional standpoint.”​