“No alternative”: India embraces a meat-based future, and other 2030 food trends 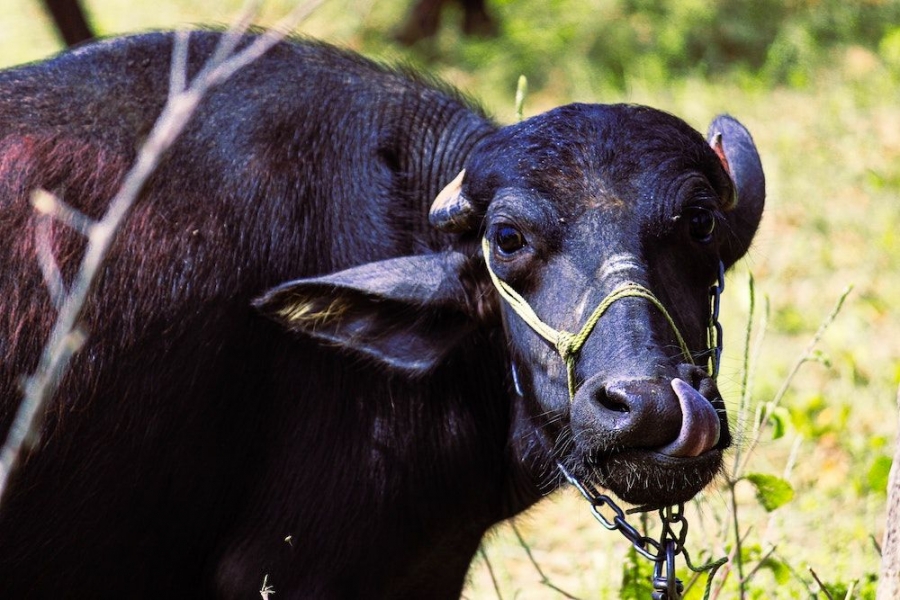 If you’re in the US or Europe watching food trends, it probably looks like everyone will be living on an entirely plant-based diet a decade from now, given how much interest (and money) is chasing alternative protein research and products.

If you’re in India, you’re seeing the opposite: meat consumption is on the rise, and not in a small way.

“Most of India eats meat, but on all metrics, its meat consumption is way below global averages,” says Mark Kahn, managing partner at Mumbai-based VC firm Omnivore, debunking a common myth that most of India’s 1.3 billion people are vegetarians.

“But for the next decade, the trend in India is going to look a lot like China, where rising income correlates with rising meat consumption, with fish and milk consumption. And because most of India doesn’t eat much meat, they won’t be eating meat analogues anytime soon.”

India will be the most world’s most populous country, home to more than 1.4 billion people — 17% of the global population — by 2030. Consumer spending will increase significantly, as more Indians move up the economic ladder. The food share of that spending alone will add up to $1.6 trillion annually.

Meanwhile, four in five Indians today are protein-deficient. “While plant sources of protein are viable and nutritious alternatives to meat, they are unlikely to substitute the growth in meat consumption this decade due to the dietary aspirations of the enormous middle class in India,” Omnivore states in a new report tracking India’s key food and agriculture trends.

The country’s consumption of meat is expected to nearly double between 2000 and 2030. Production of animal feed takes up roughly half of global arable land and 12% of freshwater, and is responsible for half of livestock-related greenhouse gas emissions. In India, buffalo — which make up the largest share of livestock — are responsible for 200 million tons of carbon dioxide emissions annually.

Better meat, not ‘beyond meat’

While early, there is already plenty of evidence of technological innovation that could enable such a transformation.

First, the uptick in investment dollars alone in India’s upstream agrifoodtech sector is promising: funding more than doubled to $312 million in the past 12 months, compared to the prior 12-month period, according to joint research by AgFunder and Omnivore. And that increase happened amid a global pandemic. [Disclosure: AgFunder is AFN’s parent company.]

Second, most of the growth in India’s animal protein consumption will be driven by poultry and aquaculture, which are lower intensity resource-wise than livestock rearing and have a much lower environmental footprint. Helping to further improve the sustainability of fish and poultry farming are a raft of “smart feed” companies that are not only developing more nutritious and tailored feed varieties, but are also doing so via “circular” systems that recycle waste streams.

“The solution is to use micro-organisms and insects, some of the most efficient creatures on the planet, to process widely available inputs into feed,” the Omnivore report states.

Insect farming and feed companies like France’s Ynsect, the Netherlands’ Protix, Canada’s Enterra, and South Africa’s AgriProtein have yet to set foot in the Indian market. “These production systems are expected to enter India within the next five years, and scale up as viable alternatives to the common feed industry by 2030,” the report predicts.

Also, fish and shrimp breeding will improve, favoring traits that yield larger and more disease-resilient specimens. Precision genetic engineering will enable breeders to select these traits “faster and more accurately than ever seen before, through advanced genomic selection and marker-aided breeding.” Livestock breeding will also benefit from this technology, which will greatly improve production of milk, India’s biggest source of animal protein, Kahn adds.

“Cattle in India have such poor genetics and feeding practices that the average cow in India produces only three liters of milk a day, compared to 35 from US cattle,” he explains. “Small improvements can have a big impact. India can multiply its milk yield while maintaining exactly the same size herd it has today.”

(Small) farms of the future

A host of other trends are paving the way for a more efficient and sustainable agriculture future in India. These include massive investment in infrastructure that will connect nearly all of India’s villages with paved roads over the next decade; expansion of off-grid renewable power that will bring a reliable electricity supply to the country’s energy poor; and a massive digital transformation that will bring a billion Indians online by 2030, and equip them with reliable access to low-cost data services.

What will these shifts do for India’s food chain? For one, 130 million smallholder farmers will themselves go through a significant digital transformation, Omnivore predicts. “Fragmented landholdings and asset ownership will go through widespread consolidation, real and virtual, to achieve economies of scale for smallholders.”

In 2030, farmers in India will have “holistic digital identities” that encompass land ownership, farm health, and financial profiles, enabling suppliers, buyers, financial services providers, and insurers to design and deliver solutions that were previously too costly to offer the smallholder segment.

Also, the report estimates, “precision agriculture and automation will be the norm, even among smallholders, across the sowing to harvesting value chain.” This will be made possible both by cheaper and more accurate artificial intelligence and remote sensing, and by more widespread pay-as-you-go and lease-based robotics and “smart” farm equipment. These will enable farmers to automate critical but labor-intensive tasks.

If this all sounds optimistic in an agricultural ecosystem that is at least 35% less efficient than the global benchmark, where up to 40% of food is lost or wasted, and where farmers are not only poorly paid but also lack access to markets and financial services – well, it is optimistic, says Omnivore venture partner Subinder Khurana. And that optimism is deliberate.

“This is a bold vision,” he tells AFN. But it’s all achievable within a 10-year horizon, he adds – barring one critical factor. “The one big risk is climate change.”

Climate change is more than a big future risk, of course; it’s an imminent one. But Khurana says the research doesn’t pave the way for a middle-ground outcome. “Climate change could be devastating,” he acknowledges, but the roadmap forward has to prioritize and pursue the opportunities that give farmers “the best odds against it.”