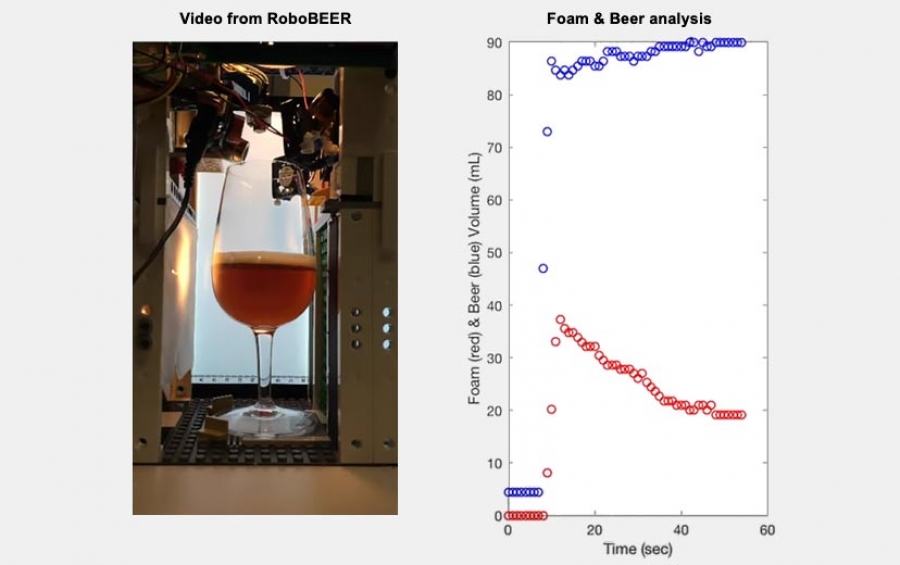 Wearing a backpack equipped with GPS-enabled smartphone, a dog will traverse a vineyard, its nose to the ground. Tracking algorithms developed using MATLAB Mobile™ detect the dog’s location as well as its motion. Different actions such as running, walking, and sitting when a scent is detected are added to a map to pinpoint problems in vineyard. “The app creates a log file for all of the points where the dog signals the handler by sitting, crouching or scratching,” says Claudia Gonzalez Viejo, a postdoctoral fellow working with Fuentes. The grower can then target inspections to those locations, saving time.

While the dogs were highly skilled at locating pests, they weren’t very good at determining the perfect beer aroma. To supplement the expert dog noses, Fuentes and his team have developed a low-cost, portable electronic nose, or e-nose, that has an array of sensors that are able to detect nine different gases, including ethanol, carbon dioxide, carbon oxide, methane, and hydrogen peroxide. Gonzalez Viejo helped design the e-nose to scrutinize beer samples and predict aromas. But, she says, it has a wide range of applications, and could be tweaked to detect smoke damage in vineyards. Gonzalez Viejo envisions the technology being combined with a dog detector, used as a handheld device, or mounted to a drone and flown down rows. “We can take the e-nose anywhere,” she says.