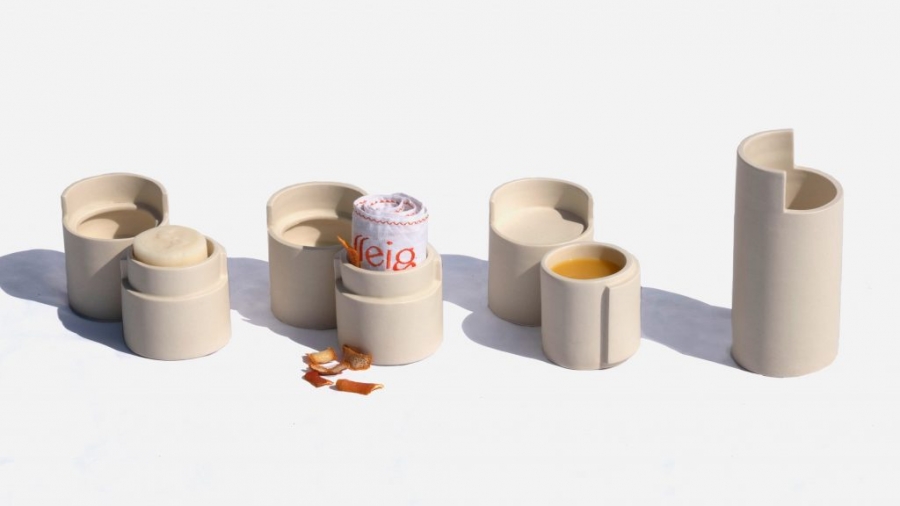 Spanish designer Júlia Roca Vera has created a line of cosmetics from fruit that was discarded for purely aesthetic reasons, to encourage people to make use of waste products.

Named Lleig, after the Catalan word for ugly, the range includes four products all made using one single piece of fruit that had been discarded by its producer because it didn’t comply with the cosmetic quality regulations used by supermarkets.

It is estimated that over a third of the European Union’s total horticultural production is lost for this very reason. 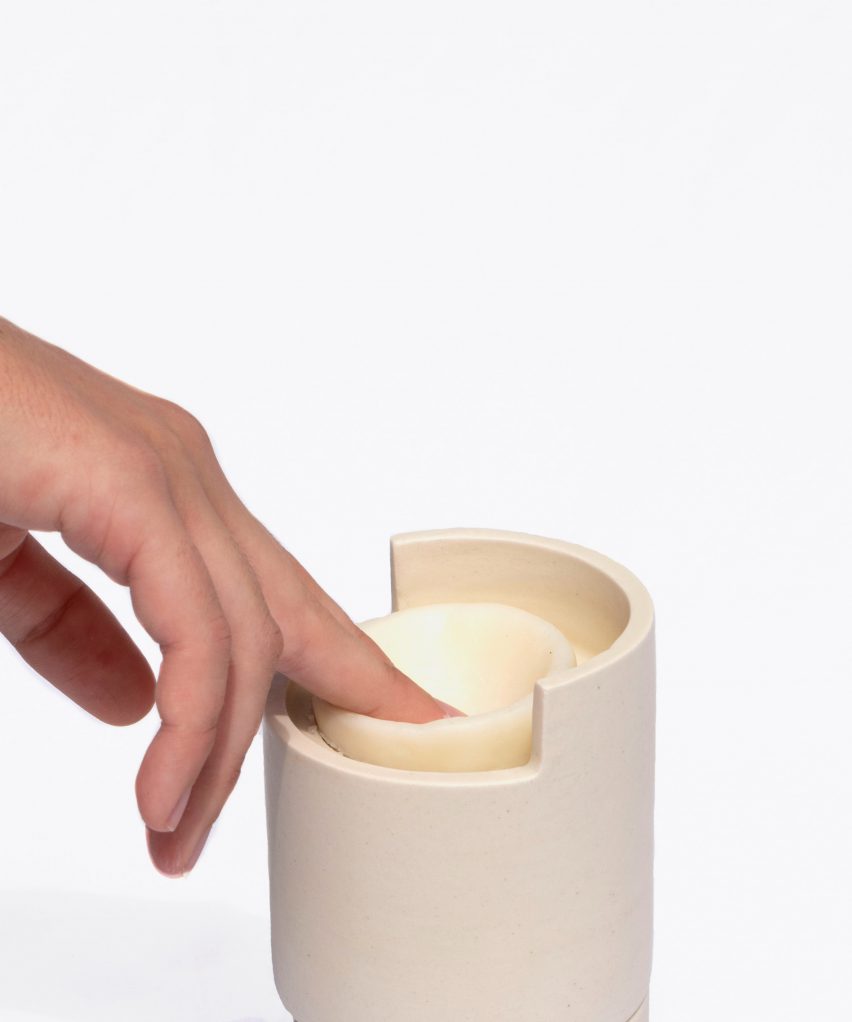 Júlia Roca Vera created four products including a moisturiser (above)

«I took one single orange to see how many different products I could make from only one piece,» Roca Vera told Dezeen. «This way I could make the most of it and reduce the amount of waste.»

From this one orange, she extracted the flesh and essential oils to create a moisturiser and soap, scraped off its peel to form a potpourri and squeezed out the juice for drinking. 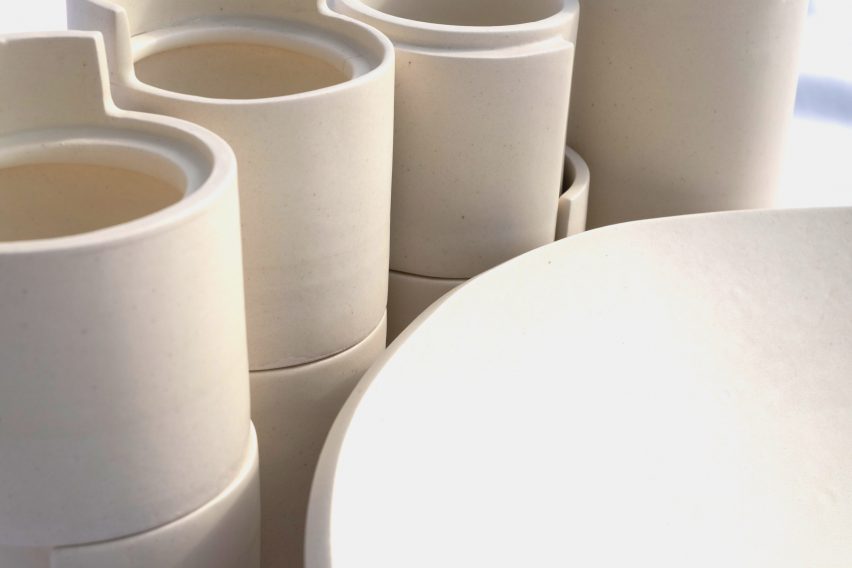 The products are packaged in ceramic cylinders

Each of these products is packaged in a sculptural ceramic vessel, which can be refilled rather than discarded once the product has run out.

The range is designed to be used as part of a ritual that borrows from holistic bathing traditions which have existed since antiquity. 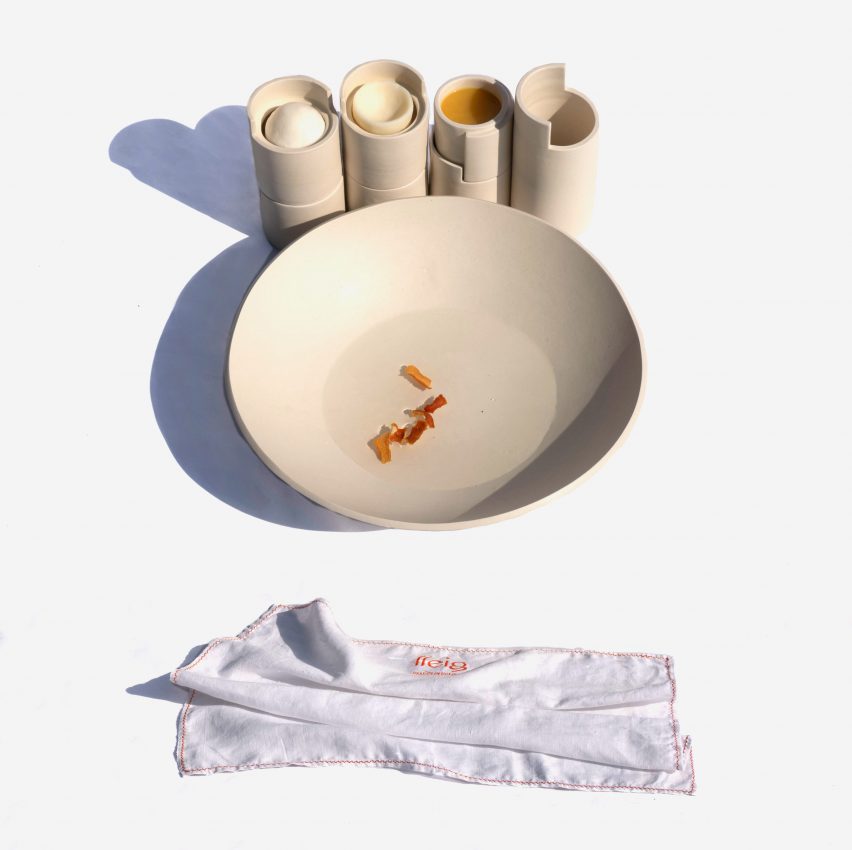 They are designed to be used as part of a ritual

«To complete the ritual, the user will need to fill the provided clay jar with water and pour it into the bowl. The water is important because when mixed with the dried orange skin and used to wash the face, it will perfume the user’s face, as the ancient Greeks did after their baths,» Roca Vera explained.

«This simple action gives more importance to the water, turning it into a cosmetic.» 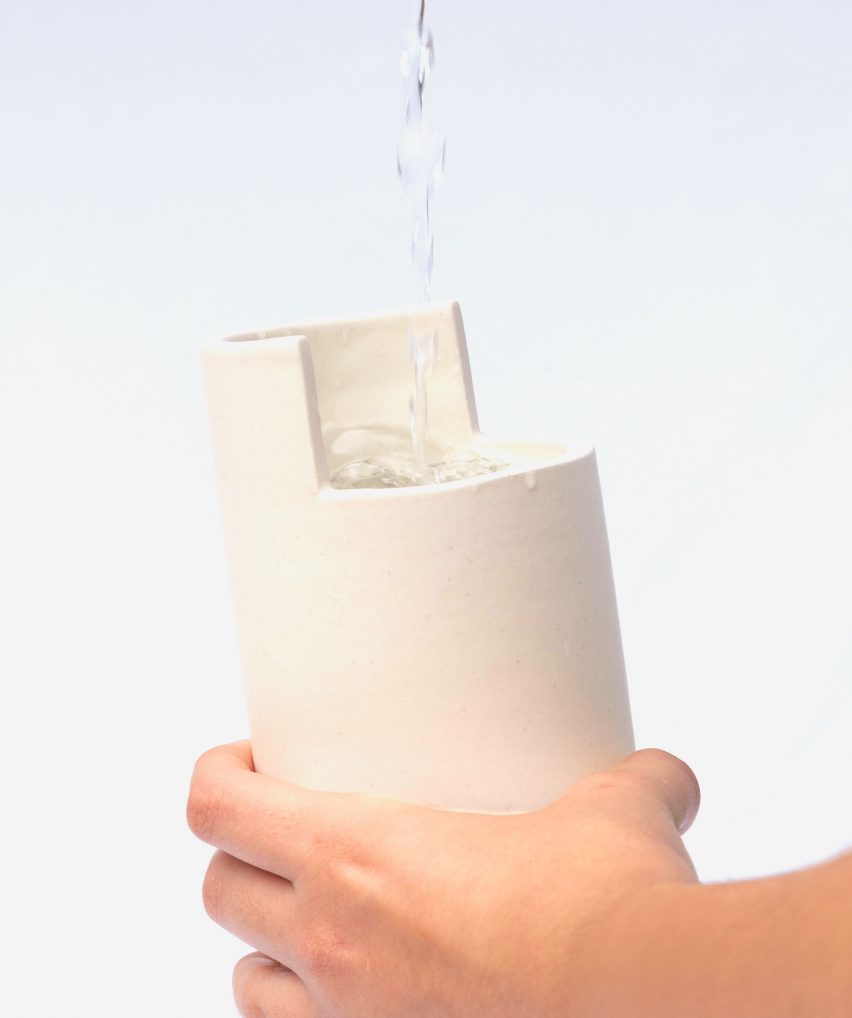 The carafe can be used to fill the bowl with water

After cleansing, while letting the moisturiser absorb, Roca Vera suggests drinking the juice to hydrate and nourish the body. «Ancient Greeks used to eat fruit during their thermal baths to hydrate themselves,» she explained.

Although the Elisava School of Design and Engineering student used an orange in this case, she says the process would work equally well with other commonly discarded fruits and vegetables, such as apples, bananas or carrots. 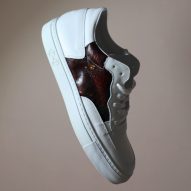 To source the food waste she worked with a local social enterprise called Espigoladors, which saves discarded fruits and vegetables from going to waste.

After squeezing the orange for its juice, she extracted its essential oils using a traditional distillation apparatus known as an alembic. 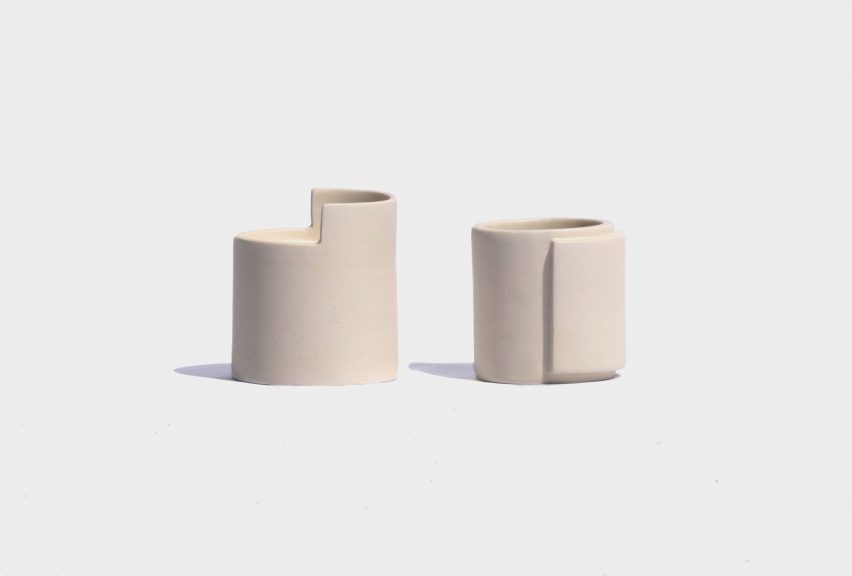 The soap and moisturiser combine all three of these core ingredients together with additional foaming or thickening agents. 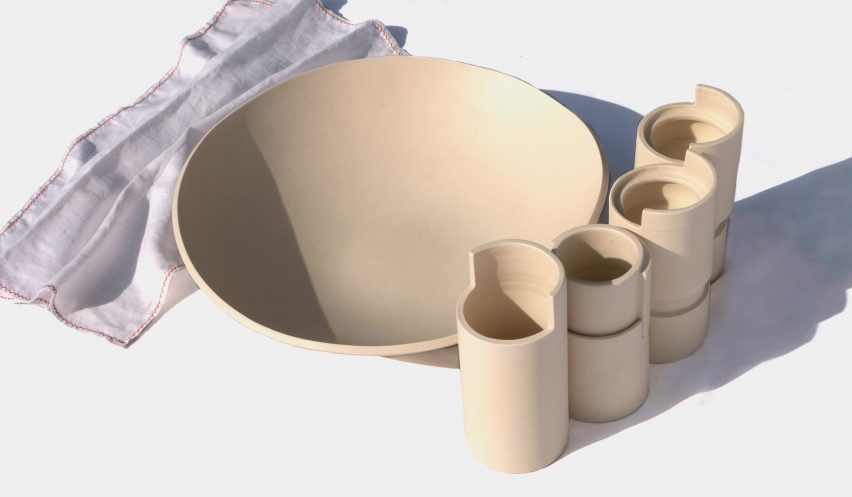 According to Roca Vera, the Lleig project hopes to encourage a holistic approach to beauty that prioritises health and wellbeing over external appearance.

«Nature makes us grow in different shapes and forms but we’ve created a binary code, a criteria which classifies humans – and vegetables in this case – as either beautiful or ugly,» she explained.

«Personally, I think it would be good to change this canon or adapt it so that it gives more importance to quality over appearance.» 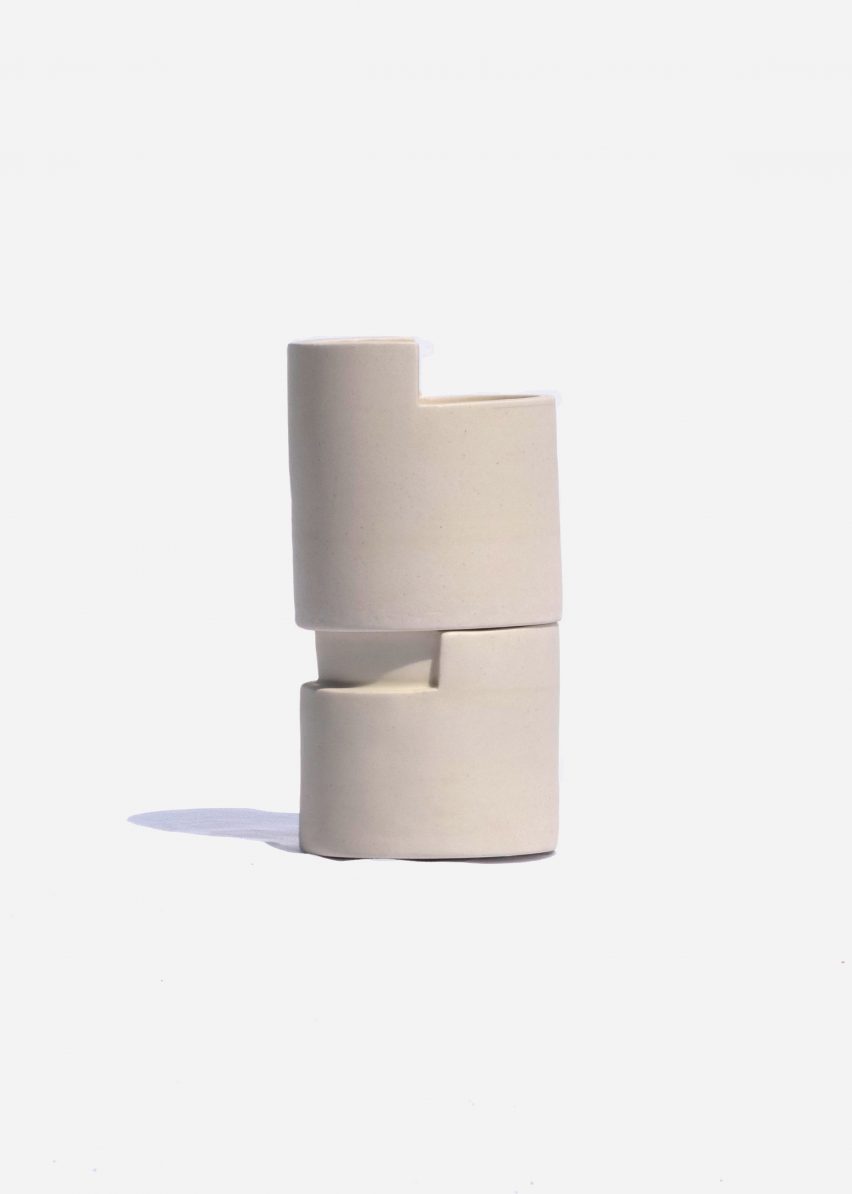 The ceramic vessels are designed to be stacked

In a bid to give untapped food waste streams a new purpose, designers have used discarded vegetables to create natural pigments and turned slaughterhouse waste such as animal bones, blood and skin into a trainer and a collection of tableware.