How Sweden’s Amazon is disrupting online food in the Nordics 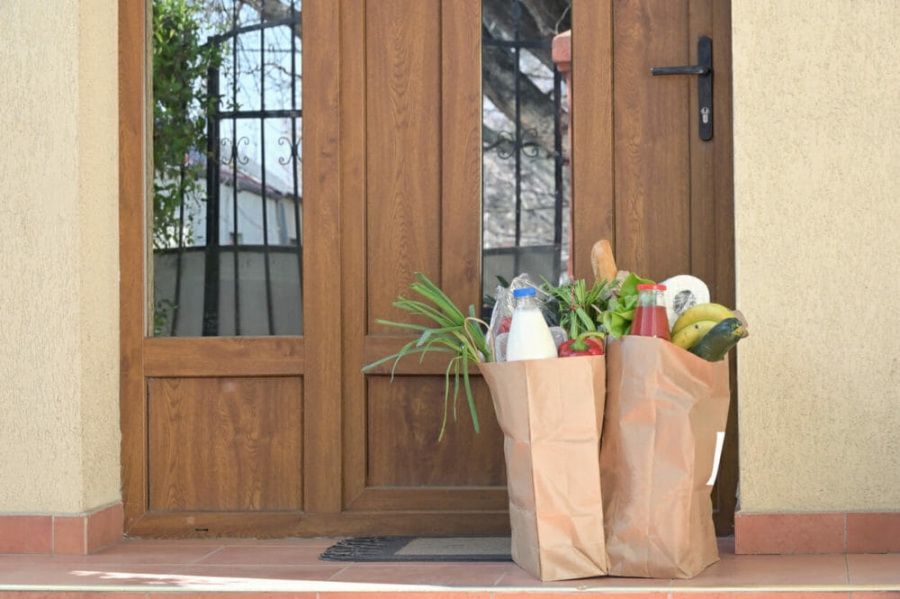 Editor’s Note: Johan Jorgensen is founder of Sweden FoodTech, a foodtech acceleration platform, and chairman of FundedByMe, one of Europe’s leading equity crowdfunding platforms. A key organizer of the Smaka Future Food Festival in Stockholm in June, during which he hosts The Big Meet focused on foodtech, Jorgensen has informed AFN the event is now delayed, hopefully, until September.

“The fantastic Good Food Festival that we had planned has been delayed until Sep 10-13 when we, however, will come back and fire off a spectacular food festival with some of the best chefs on the planet,” Jorgensen told AFN. “We have totally integrated the Big Meet food tech conference so that it is open and available for all; in the middle of the festival! Our aim is to take leadership in the quest to create a future food city based on health and sustainability. And we invite you all to join us!”

Here he writes about all-important grocery delivery in the Nordic region of Europe, particularly focused on MatHem, a group that recently raised €47.5 million to expand across Sweden, an investment company focused on digital consumer brands Kinnevik that’s made several bets in the space. MatHem raised funding in February from Kinnevik; AMF, a Swedish pension company; Verdane, a Berlin-based private equity firm; and Clas Ohlson, a Swedish hardware store chain.

In the shadow of Amazon, interesting things are happening in the Nordics. MatHem (literally “Food Home”), the market leader in online groceries in Sweden, has teamed up with a local financial colossus and industrial enfant terrible to re-draw the food map.

MatHem, who’s delivery vans have become a common sight in Sweden’s urban environments, is still a small company compared to the local retail giants, where the incumbent ICA has close to 50% of the market share. But MatHem is growing at rapid pace and has now the financial muscles to do so. A funding round of approx. $50 million in February followed a $100 million round one year ago and puts MatHem in a very strong financial position. And with a very strong backer. Because the most interesting thing about MatHem these days is not what they do, but who backs them.

To the locals, Mathem’s sugar daddy Kinnevik, invokes fear and awe. Notoriously hard-hitting, Kinnevik has been at the center of many dramatic industry transformations in Scandinavia. They are credited for breaking down state monopolies in commercial television and telecommunication. They have built cell phone networks, Internet infrastructure, and e-commerce successes such as Zalando. And they were the early backers of the notorious German clone factory Rocket Internet, from where, for instance, Hello Fresh emanated.

Wherever Kinnevik goes, it does it with vigour and determination, never afraid to throw large tickets or make bold bets. Its track record is amazing. These latest rounds of investments take its ownership in Mathem to 36%.

But it doesn’t stop there. Across the border in Norway, Kinnevik has built up a position in the leading Norwegian online grocery company Kolonial, currently owning 24% of the company after total investments of some $60 million over the last few years.

For those who wonder, yes, Kolonial and MatHem feels and smell the same

This means that Kinnevik has sunk slightly more than $200 million into Nordic online groceries and if history is anything to go by, there will be more funds coming from the same source.

Big investors getting into food

It should also be said that Kinnevik these days acts as a magnet for others. In the latest MatHem financing round it was actually another investor that took the largest chunk, the public pension fund AMF. With close to $30 billion under management, they have deep pockets and picked up almost 60% of the combined investment.

Besides the fact that Kinnevik is throwing its hat into the ring of food system transformation, it is really interesting to see how big players, traditionally not associated with food, suddenly see an opportunity in the transformation of the market. They do it against a backdrop of relatively slow-moving retail giants in the online space.

That will likely change, not the least due to the fact that the Axel Johnson Group, home to the third-largest food retailer in Sweden, and the online grocery Mat.se has a CEO, Mia Brunell Livfors, who hails from Kinnevik.

With the largest retail chain, ICA, recently signing up for a solution from British online leaders Ocado, and the second largest, Coop, recently expanding their geographical reach through the acquisition of the Netto chain of 160 stores, more disruption is to be awaited. In the background, Amazon lurks, with recent purchases of huge swathes of land in strategic logistics hubs.

But the biggest test is, of course, the Covid-19 crisis and the frantic pace of transformation from offline to online. Now is the time when the food retailing map is being re-drawn. During the month of March, MatHem increased its capacity with 30 percent and they look to increase capacity with a further 20 percent ahead of summer. To their main shareholder, Kinnevik, rapid growth is a daily business verging on habit and its strategic ability to identify growth opportunities and execute on them looks to be just as important for MatHem as its deep coffers.

The main question now is what the other players will do to defend their positions, or if the food retailing map in the Nordics has been changed permanently.

What do you think? Who are the movers and shakers in grocery delivery in your region? We want to hear from you! Email louisa@agfunder.com