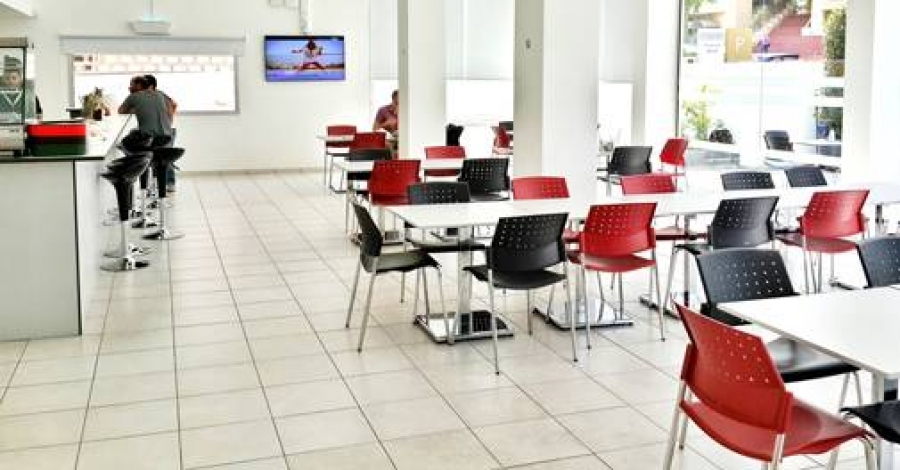 Gone are the days of catching up on office gossip with colleagues at the office cafeteria or merely unwinding with them at lunch or over a cup of tea. No longer would the food court at your office building spoil you with an elaborate buffet and a variety of cuisine options. As people stagger back to office post the lockdown, it is more likely that they would be expected to carry their lunchbox from home or make do with a pre-packed meal offered at the cafeteria. That’s not all. Institutional cafeterias in the new normal would also have a high level of digital intervention. Leading institutional catering companies such as Sodexo, Elior and HungerBox are investing heavily in technology in order to be able to adhere to the COVID-19 norms of social distancing and being contactless.

Karan Totlani, Country Segment Director (Corporate Services), Sodexo India, calls ‘contactless’ an abused phrase. «Technically, there is nothing contactless, as somebody is still cooking the food. But we are trying to reduce the number of human interventions by using technology.» The cafeteria companies are using technology to introduce a virtual queuing system that enable them to limit the entry of people into the cafeteria. «A cafeteria which could earlier accommodate 100 people would now be allowed to have just 30 at a given time. The chairs in the cafe are numbered and our platform picks on the number and assigns the meal to the chair. You come and pick what you have ordered for and go to the chair assigned to you. We have also given companies the flexibility to order a day in advance, so we know exactly how many employees are going to be using the cafeteria the next day,» explains Sanjay Kumar, CEO, Elior India.

The virtual queuing mechanism in the HungerBox App, according to its Co-Founder and CEO, Sandipan Mitra, puts the customer on a virtual queue as soon as he/she orders the food on the app. The customer gets a timer which will beep when it is time for him/her to enter the cafeteria. The app also vibrates when a person is breaching social distancing norms. «You have to switch on bluetooth when you enter the cafe so that the app is also able to measure your distance from others in the cafe. If you are breaching the social distancing norm you would be flagged off, you will get an app notification with a vibration that you are breaching social distancing and the other individual with whom this breach is happening would also get a notification saying that there is a breach. The administrator would also get a report saying how many breaches happened and who are the most frequent breachers,» says Mitra.

While the Sodexo app helps in ensuring social distancing, and its customer can reserve their seats on the app, the company has also come up with ways to accommodate its not so digitally savvy customers. «Some organisations still work the old way, so for them we are setting up a help-desk, where one can call and reserve a seat for lunch. A person with prior booking would only be allowed into the cafeteria,» explains Sodexo’s Totlani.

While the prices of the food in the cafeteria would drop, the menu would be curtailed too. «A curtailed menu will result in the reduction of quantum of the food. Therefore, the nutritional aspect has to be rethought. With lesser grammage, how can we deliver the same level of nutritional requirement,» says Elior’s Kumar.

The food service companies are also minimising cash transactions by introducing a variety of digital payment methods. Sodexo, however, wants to be sensitive to the needs of people who are not so digitally savvy. It plans to set cash vending machines at its cafeterias, where consumers can put in money and thereby limit human intervention at cash counters.

Mitra of HungerBox, claims that by virtue of being an institutional foodtech company, he has a distinct advantage. While the rest of the industry is embracing technology, Mitra says that customers consuming food at over 500 cafeterias his company services, already order their food on the HungerBox app. «Prior to COVID, a digital cafeteria was a choice, but now it’s a necessity, else you can’t manage crowding of cafes.» Mitra claims to have signed over a dozen new clients during the lockdown.

However, what can’t be ignored is that the $7 billion institutional cafeteria segment has suffered an 80 per cent dip in revenues during the lockdown. «While investment in digital transformation enables the solution to the problem of social distancing, it still doesn’t bring you demand. Being in the B2B business, we have to wait for our clients to get back to work,» points out Kumar of Elior. Offices are currently being allowed to operate between a 10-50 per cent capacity. He says that the new normal will make it difficult for the smaller players to sustain. He expects that close to 70 per cent of the food service providers will disappear.

«Not only has the demand dropped, to fund the losses one has to take a calibrated call where to go ahead, as the margins in this business has been extremely depressed, after the input tax credit was removed. When the 47th amendment of the GST happened, they treated catering business which is B2B, the same way as they treated restaurants. They removed the input tax credit, the restaurants increased prices to compensate for it but the caterers couldn’t do that and their margins got depressed by 3 per cent which is half of the EBITDA margins, so they were already struggling pre-COVID. COVID was like the last nail in the coffin,» Kumar further explains.

With business dipping, even the big companies such as Sodexo and Elior are forced to trim down their workforce or redeploy them. A large number of employees also went back to their villages during the lockdown. Elior India, which had an employee strength of 6,200, just has half of it today. In order to ensure that its existing workforce is suitably employed, the company has redeployed its staff working in corporate cafeterias to the cafeterias it manages in industries, where maximum reverse migration has taken place.

Sodexo India, on the other hand, has set up an outplacement portal, wherein it is helping employees it has been forced to part with to find alternate employment.

Also Read: Coronavirus: Over 40 crore people to be screened by July-end in India