How Chipotle is Building a Digital Restaurant Empire | QSR magazine 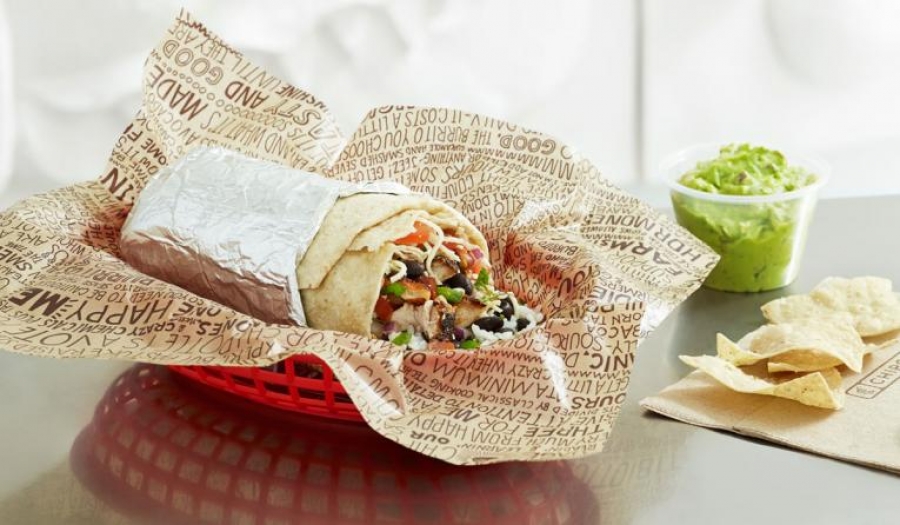 What’s important here, however, is Chipotle’s overall digital mix has remained relatively stable for three quarters. But in Q1, the company’s highest-margin transaction—digital pickup orders—represented slightly more than half of digital sales. Within its delivery channel, about 40 percent of orders came through Chipotle’s app or website (the remainder flowed through a handful of partners).

Chipotle took another 4 percent in delivery pricing in Q1 to offset cost pressures. CFO Jack Hartung said that while this doesn’t get a delivery transaction to where it offers the same margin as an in-store one, and certainly not an order-ahead one, “it gets very, very close.”

“Within striking distance,” he said.

“We made a lot of progress over the last year and we’ve taken these increases along the way,” he said. “We’ve seen acceptable resistance and we’ve also seen what looks like people shifting channels. Because it does look like our order ahead moves up when we do see customers maybe resist the higher pricing in the delivery channels a bit.”

That latter point is something Chipotle is actually courting. Before the 4 percent hike, Chipotle delivery cost guests 13 percent more. Again, the kickback from a 17 percent price increase is “acceptable resistance,” Hartung said, since it doesn’t stonewall customers and leave them without an option. They head to value-driven channels instead.

“We’re providing lots of access, lots of convenience with a very powerful brand position behind us,” Niccol said. “And that’s why I think you’re seeing our order-ahead business continue to grow, our white label or delivery business in our app continuing to grow as a percentage of the delivery occasion, and I think it’s just a function of the brand continues to resonate.”

And one of those, increasingly, is Chipotlanes. As of March 31, Chipotle boasted a total of 196 stores with order-ahead pickup lanes, including five conversions. Trailing 12-month Chipotlane restaurants continue to drive 17 percent higher overall digital sales versus non-Chipotlanes. But more notably, order ahead is nearly 80 percent higher. And delivery—Chipotle’s lowest-margin transaction—is about 30 percent lower.

Those are metrics Chipotle will chase, especially since these units debut at 15 percent higher sales.

The brand opened 40 restaurants in Q1, more than double the number brought to market this time last year. Twenty-six of those included a Chipotlane. The company expects to open roughly 200 new locations this year, with more than 70 percent including the feature.

One thing to keep an eye on as well—Chipotle opened a British Columbia restaurant recently in Surrey, which marked its first new Canadian store in three years. Hartung said it signaled the start of an accelerated Canada push, which will include its first Chipotlane opening in late summer.

Ultimately, the brand believes it can open “a least a few hundred restaurants in Canada,” as their unit economics approach U.S. stores.

Niccol said Chipotlanes “have revolutionized the drive-thru experience toward order ahead for pickup transactions” at the brand.

Chipotle continues to tinker with data and its ability to engage guests. “Communications to our customers are individually tailored so that specific customer activities prompt targeted responses,” Niccol said. “Each digital message can vary along the customer buying journey such as the latest promotional offer on a new menu item or a more targeted offer to entice a customer that has not visited our restaurant for a certain period of time.”

For instance, customers received communication about Chipotle’s quesadilla launch featuring their favorite protein based on their ordering history.

“A lot of new users coming to the business through the quesadilla proposition and then our existing customers, we’re also seeing them utilize that quesadilla platform as part of a new eating occasion,” Niccol said. “So it was actually our highest penetration of new customers in the month of March, which I think just a testament to one, people coming back to the dining rooms and two, I think a really meaningful innovation around quesadilla.”

Diluted earnings per share came in at $4.45. The brand also closed five restaurants against its 40 openings in the period.

As of March 31, 2021, Chipotle had nearly $1.2 billion in cash, investments and restricted cash, and no debt. Restaurant level operating margin was 22.3 percent in Q1, an increase from 17.6 percent, year-over-year. The improvement was driven primarily by leverage from the comps lift and menu price increases, partially offset by increased delivery expense and wage inflation, the company said.

Moving forward, Chipotle’s expects Q2 comps to run in the high 20s to 30 percent range, as the industry continues to compare against some of the most challenging months in sector history.