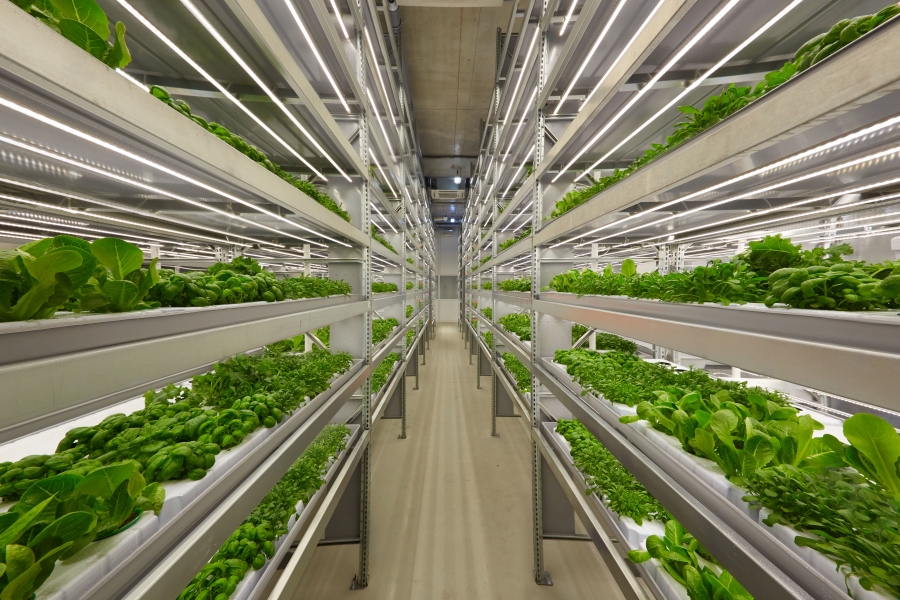 Vertical farms grow crops in controlled environments without traditional soil. Elly Earls reports on the huge growth potential of the industry across Europe

Serial tech entrepreneur Alexander Lyskovsky came up with the idea for iFarm when he returned from a trip to Europe to his home in Siberia in winter and couldn’t find any fresh greens in the supermarket. He tried to grow them himself in a greenhouse, but realised he didn’t know anything about growing greens, so decided to create a system that would do it for him.

Today, iFarm employs 80 people across five countries and has a network of modular automated greenhouses that can grow more than 100 different salads, herbs and vegetables and are designed to fit in a variety of urban spaces – from defunct warehouses to building roofs. Inside, cloud-connected software automatically controls all aspects of the environment, including temperature, water supply, lighting and nutrients.

iFarm’s technology uses 90% less water than traditional farming and produces yields up to twice as fast. Plus, its IoT based system collects thousands of different data points on every crop, which are constantly analysed by scientists to improve growing algorithms and achieve the best results.

The company’s newest system is an automated module for growing greens or strawberries within a foodservice operation. “A restaurant just needs to tell us, for example, we need 10 kilos of carrots or tomatoes or greens per week and we’ll tell them how many square metres of growing space they require,” says Kirill Zelenski, head of iFarm in Finland.

“Then we’ll come in, create the design, construct the module, provide software as a service, seeds and fertilisers. All they need to do is put the seeds in pots, push a button on a computer and the next day they are harvesting crops. The crops are predictable, stable, fresh, healthy and local. There are no pesticides, it’s very clean. You don’t even need to wash them before eating.”

iFarm isn’t on its own. The global vertical farming market hit approximately $2.1bn last year, and, according to the Global Vertical Farming Market 2019 report, is projected to grow by around 25.7% over the next decade.

Last year Berlin-based agtech start-up InFarm raised €88m in Series B funding, while Emirates Flight Catering, one of the world’s largest airline catering operators, plans to build a 130,000 square foot vertical farm in Dubai, which will produce 6,000 pounds of crops daily. The greens and herbs will be used for in-flight meals at Dubai International Airport, the world’s largest by international passenger traffic.

Another important player in the European market is Vertical Future, which announced a £4m seed round of equity finance in late 2019. The company uses technology to produce high-quality, ethical food in controlled environments, which it delivers to its customers in electric vehicles, and is planning a 25x increase in crop production capacity across its London operations and a 10x increase in its B2B restaurant business. 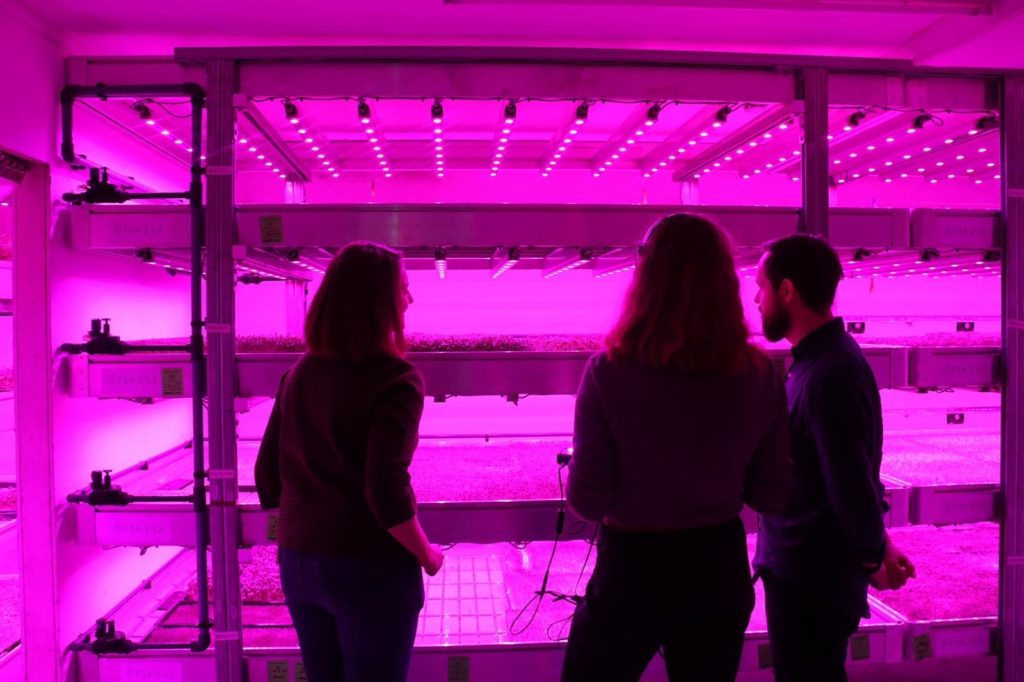 Founder and CEO Jamie Burrows says that when their first farm went online in summer 2017, it was initially tough to break into the foodservice industry, but once he had the support of a couple of big-name chefs – Tom Aikens was an early advocate of the company – the demand was there.

“It’s a higher quality product and it’s fresher [than going through traditional distributors]. We’re bypassing the standard supply chain and going direct,” says Burrows. “We also allow our customers to customise their products within reason. If they want a larger leaf or a greener leaf, we can do that. It allows them more control. And although it’s a secondary value proposition for most chefs, we also use close to zero carbon approaches delivering our product and don’t use any plastic in our process.”

Dale Osborne is the executive chef at Bistrot Bagatelle in London’s Mayfair and has been working with Vertical Future for around two years. He says the main benefit of sourcing herbs and leaves that have been grown in controlled conditions is the quality.

“It’s super fresh and super vibrant because they cut it in the early hours of the morning and deliver it straight away, which means it has more shelf life. Plus, they don’t use any pesticides or soil so you don’t have to wash the herbs, which are really delicate,” he says.

The fact the farm is very close to the restaurant is another major plus point. “I use a lot of sustainable and local produce anyway but there’s a difference when it’s coming from Kent or Scotland compared to from just down the road,” he notes. “It cuts down on travel costs and CO2 emissions, which is great. “Of course, there’s the traditional soil on your fingers way to look at farming. It’s a bit more natural, whereas this is a bit more sterilised because it’s grown on medical gauze and under UV lights. It looks like quite an alien way of doing things but what you’re getting is a very clean, very pure product. We also saved a bit of money.”

Catering start-up Kaleido, which provides its fresh salad rolls to clients include WeWork and Selfridges, is another advocate of vertical farming. Co-founder Denis Dahan, who has been working with Vertical Future since he launched the company two years ago, believes it’s part of the normal evolution of our agriculture.

“Our soil won’t be able to feed all humanity, so [it’s better to] leave real soil for biodiversity and get better at growing large quantities of veg in a smarter way. It is still early-stage and I am sure the amount of vertical farms will grow bigger and their output and efficiency will rise too.

“This will provide a huge relief to our soils which, I think, will be better used and focused on producing better quality ingredients. Logically these would be the ones that are less suitable for vertical farming, so both systems will co-exist and companies will merge, becoming part of the same industry.”

Zelenski agrees that it’s early days for vertical farming, particularly the automated growing modules that can be built within restaurants. “Because it’s relatively new technology, many people just don’t know about it, and it’s also still a little bit expensive for small restaurants,” he says. It’s economically feasible after two to three years, even considering the initial investment, but we’re working on decreasing costs and making the technology more affordable for everyone.”

Meanwhile, Burrows hopes to have 10,000 sq m of growing space across central London by the end of 2020. On the R&D front, the focus is nutraceuticals, which means tailoring the nutritional characteristics of products to meet specific health conditions. Over the next few years, he predicts a significant increase in the number of small urban farms that operate in a hyper local fashion, as well as the emergence of a couple of larger players, “hopefully one being us!”