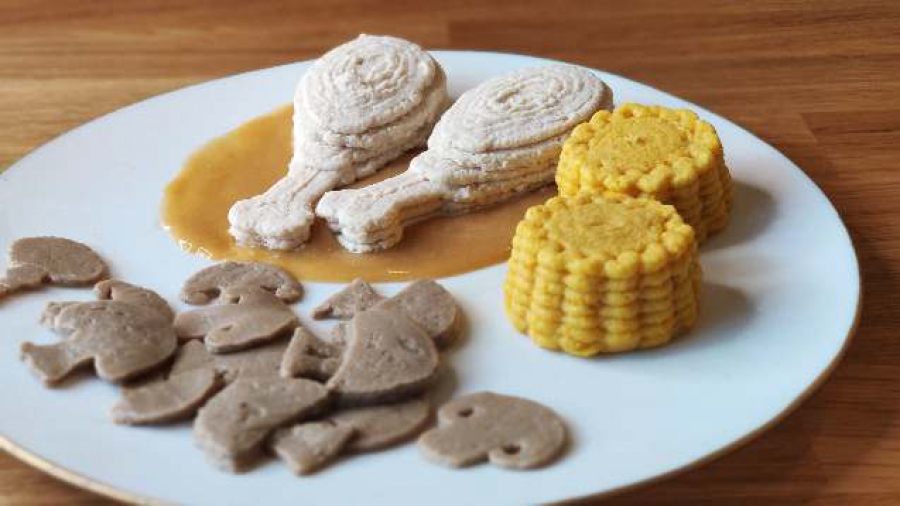 While the collaboration between Biozoon and FoodJet to 3D print food for the elderly did not yield marketable results, we have learned that progress continues to be made in aiding people with dysphagia and swallowing issues. We spoke to Lynette Kucsma, co-founder of Natural Machines, to learn more about the Spanish startup’s work in that field.

After launching a Kickstarter campaign that didn’t quite get off the ground, Natural Machines realized that crowdfunding wasn’t necessary to build a successful startup. Based on some of the vaporware that has come out of such sites, as well as the need to stick to delivery deadlines, crowdfunding may not always be the best way to launch a product.

One other use that Kickstarter serves, however, is the ability to conduct valuable market research, which informed Kucsma as to the direction in which the company needed to head. The campaign made it evident that consumers weren’t quite ready for food 3D printing and food 3D printing may not have been quite ready for consumers. According to Kucsma, for food printing to get into homes, it needs to cook as well, which prompted the development of the laser-cooking Foodini Pro, to be discussed in greater detail in an upcoming article.

Since then, Natural Machines has focused on commercial kitchens, including the hotels, restaurant and catering (HORECA) market, as well as educational institutions, such as cooking schools and high schools. Upon securing a production partner in Foxconn, the world’s largest provider of electronics manufacturing services, the startup officially brought the flagship Foodini food 3D printer to market in 2019. This has allowed Natural Machines to develop what Kucsma says is a global market presence, with offices now in Barcelona, Beijing, New York and Milan.

“Our big vision is that we do think 3D food printers make them a common kitchen appliance in homes, but that’s a bit further in the future,” Kucsma told 3DPrint.com. “I think people think that there’s such a thing as an overnight success. When you look at coffee makers that went into the home using individual coffee pods, that actually took 30 or 40 years. So, that’s not overnight in my book.”

The HORECA industry may be the best bet for commercializing food printing, but the company also sees value in 3D printing food for the elderly and people with dysphagia in hospitals and senior residence centers. When serving people who cannot swallow solid food safely, making food in paste form is actually an advantage. 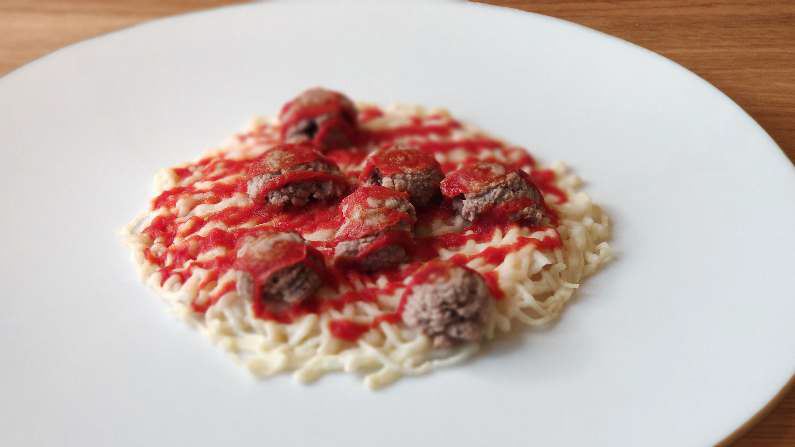 3D-printed spaghetti and meatballs with a texture and consistency safe for people with dysphagia. Image courtesy of Natural Machines.

Traditionally, dishes provided in these settings are made at a central location, frozen, shipped to customer sites and then thawed and reheated for serving for diners who have planned their meals out weeks in advance. By providing dishes on demand, it is possible to tackle one less often considered side effect of dysphagia: lack of appetite from monotonous, unappealing foods. 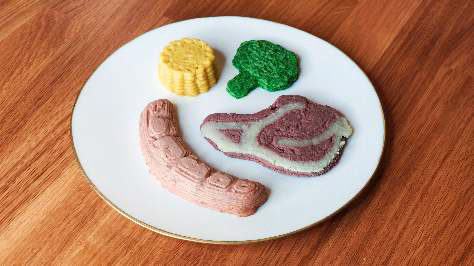 Natural Machines is involved in several pilot projects in Spain, Japan, Singapore, Australia and the Nordic region, working with hospitals and senior care facilities to produce food on-demand for patients with dysphagia. Patients can choose meals the moment they sit down at the table and everything is freshly printed, with ingredients determined by nutritionists working at the facilities.

The current level of customization is still relatively low. Nutritionists are not yet able to exactly tailored mineral and vitamin count to a patient’s needs. However, portion sizes are being personalized to each diner.

“They can actually customize nutritional value, as well. Let’s say we’re printing out roasted turkey in the shape of a turkey leg. You can actually size that up or size that down to whatever the nutritionist wants to use, the amount of nutrition they need to have,” Kucsma said. “We’re doing things like that in Japan and Asia, where you have an aging population and dysphagia is obviously a problem for a percentage of the populations.”

Of the projects the company is involved in, one made public so far was conducted with the Domus Vi Group, a large nursing home company with over 55,000 clients across Spain, France and Portugal. The DomusVi Bonanova residence in Barcelona provided textured dishes 3D-printed either in forms reminiscent of the original ingredients or in interesting shapes, such as flowers.

“That was a major success,” Kucsma said of the DomusVi project. “We even had families come back to us, asking to bring the machines back after the trial was over. Their fussy parents wouldn’t eat very much or not eat well because they weren’t happy with the food. They were quite happy with it when it was actually printed. So, we’re looking to do rollouts with them.”

The startup is also working with the ONCOFOOD and CIMTI consortium projects which are exploring the use of 3D-printed food for dysphagia patients, as well. ONCOFOOD is an EU-funded program focused specifically on those with cancer, while the other is a Spanish government effort to improve home health and social care.

From Kucsma’s perspective, these initiatives to roll out food 3D printing for those with swallowing issues are making steady progress and it is likely that some will move beyond the pilot stage shortly. For food 3D printing, this is a serious step toward mainstreaming the technology. For the patients, it’s about returning to normal eating lifestyles.

“It’s all about getting normalcy back, right?” Kucsma said. “Eating fresh foods, being able to change your mind when you want to have more of something, have less of something else, but still making sure it’s a nutritionally complete meal.”

Please enable JavaScript to view the comments powered by Disqus.