China’s consumer digital revolution now reaches ‘back into the supply chain and the farm’: Local VC 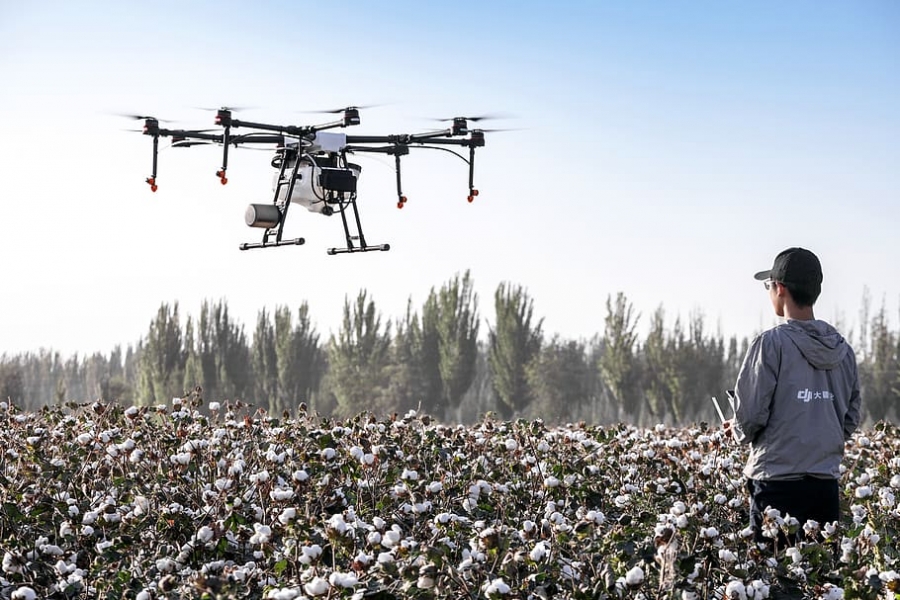 The US continues to dominate investment in agritech innovation. According to AgFunder research, US startups netted $8.7 billion in funding across 683 deals last year.

That’s just over a third of all 1,858 agrifoodtech venture deals worldwide – and closer to half of of total global funding in dollar terms, at $19.8 billion.

But China isn’t far behind – and, as the consumer digital revolution that has gripped the country in the past decade moves up the supply chain to the farm gate, it’s only going to close the gap with the US farther. That’s the view of Matilda Ho, founder and managing director of Shanghai-based VC firm Bits x Bites.

The next largest market after the US in 2019 was indeed China, with $3.2 billion going to 181 discrete transactions. However, agrifood investing slowed down considerably during the first half of the year in China, where the Covid-19 pandemic originated and first began to wreak economic chaos. The market recorded just 24 deals worth a collective $1.9 billion in H1 2020, with its overall share of global funding decreasing to 14% from 16% in FY 2019.

Nevertheless, over a longer time horizon, it would appear that China’s agrifoodtech star is rising. Of the top 15 ex-US deals in 2019, five involved Chinese companies. Likewise, H1 2020’s top 15 transactions outside the US included six investments into Chinese startups. The first half of the year also saw one of the top 20 biggest agrifood exits of all time – the $3.56 billion merger of JD Daojia, an online grocer operated by e-commerce giant JD, and on-demand logistics platform Dada. The combined company subsequently filed for an IPO on New York’s NASDAQ stock exchange.

Bits x Bites’ Ho is one of the people betting big on China’s continued agritech ascendance. As founder of the agrifoodtech-focused VC firm, she’s at the coalface of China’s investment into food and farming innovation. Prior to Bits x Bites, she founded Yimishiji, among the first food e-commerce startups in China to connect farmers directly to consumers.

Ho will be speaking at this week’s World AgriTech Innovation Summit, where she’ll provide her expert insight on the current state of China’s agritech scene. There’s still time to sign up for tickets to the fully online, two-day event here. In the meantime, here’s her review of Chinese agritech and foodtech funding last year, which was included in the latest edition of AgFunder’s China AgriFood Startup Investing Report.

Even the optimists among us will admit that China had a challenging 2019. It marked the second year of the ‘trade war’ with the US, while economic growth continued to slow. Investment in agrifood innovation in China fell as well, following global trends. And at the time of writing, the impact of Covid-19 is increasingly felt across Asia and the world.

Local startups and large companies alike are in combat mode to survive this setback. Some foodtech models like eGrocery and Restaurant Marketplaces are getting more traffic than ever but are scrambling to meet the unexpected demand surge.

That said, we found many reasons to be optimistic about the outlook for Chinese agrifoodtech. In fact, in the midst of the disruptions from African swine fever and the trade war, China injected $44.1 billion into the agrifood sector, close to quadrupling 2018’s investment total. The majority went to agricultural investments to boost and consolidate farming production. As sprawling small-scale agriculture communes transition into coordinated operations run by large producers like New Hope and Muyuan, safety compliance should become more manageable. Agtech solutions could also be better integrated to deliver value at scale.

Taking a closer look at 2019’s deals, we noticed a realignment in the funding landscape toward value-adding solutions targeting difficult pain points. Taking In-Store Retail & Restaurant Tech as example, the funding hype around unmanned grocery stores, retail kiosks, and vending machines quietened from its 2017 peak of 55 deals a year.

Two years ago, we asked ourselves how long it’d be before the digital transformation that had penetrated Chinese consumers’ daily lives would reach back into the supply chain and to the farm. Now early signals have arrived. All the more reason to keep a close watch!

[Disclosure: AgFunder is AFN‘s parent company. Bits x Bites has previously provided data and other intelligence to AgFunder to assist in the compilation of its research reports.]