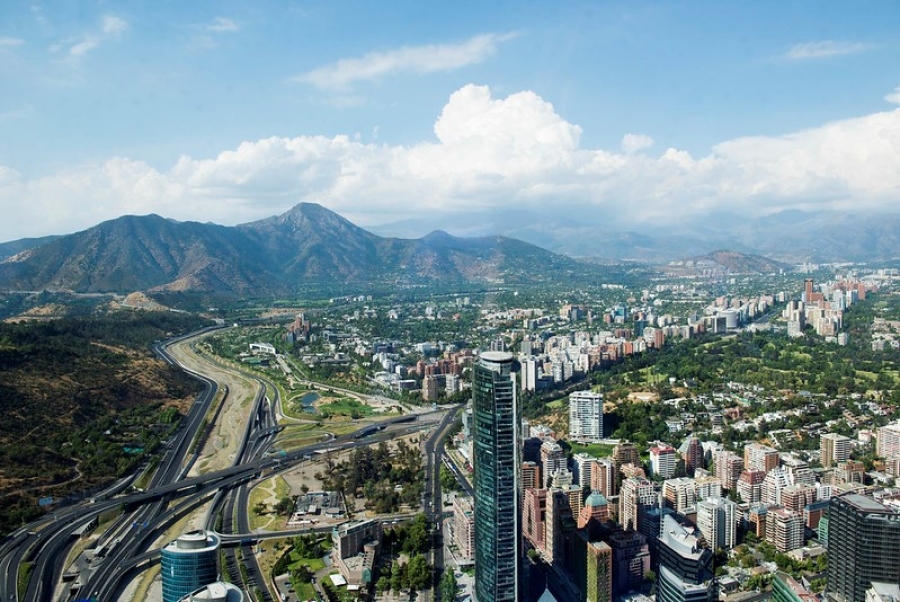 Chile released an enhanced national climate commitment in April — known as a nationally determined contribution (NDC) — representing significant progress beyond what the country put forward in 2015 under the Paris Agreement. That Chile announced enhanced climate plans in the middle of a global pandemic and in the context of looming domestic social and economic crises is noteworthy, showing that this move is part of the country’s holistic vision for rebuilding.

When officially delivering the NDC, Chile’s Environment Minister said that recovery plans «should consider as a fundamental factor the climate crisis and its social impact on people and the land» and indicated that was why the enhanced NDC showed «ambitious targets and commitments that will enable [Chile’s] recovery plans to be focused on a clear objective.»

With this commitment, Chile further cemented its international leadership as president of the most recent UN climate negotiations, COP25. The move also offered an important example of how countries should strengthen their commitments every five years as part of the regular cycle established by the Paris Agreement.

Chile’s enhanced NDC aims to ensure that the country’s climate contributions consider the social impact of the climate crisis — a significant move for a country reeling from social turmoil. According to the NDC, every climate commitment that Chile has made must safeguard a just transition, and integrate one or more UN Sustainable Development Goals, with a special focus on water security, gender equality, overcoming poverty and cost-efficiency.

This structural component of the NDC, the «social pillar,» can help orient adaptation and mitigation actions on a development pathway that puts people and resilience at the core. Chile’s submission mentions public consultations for the development of the NDC, though some national trade unions have questioned which stakeholders and civil society organizations the government engaged. Chile should now take steps, through an inclusive and participatory process, to fully implement this social pillar.

Under its previous NDC, Chile committed to reduce the greenhouse gas intensity of its GDP by 30% from 2007 levels by 2030, which was estimated to bring annual emissions to 131 MtCO2e in 2030. The new NDC sets a peaking date for its emissions in 2025, a target to limit total annual emissions to 95 MtCO2e by 2030, and is no longer conditional on international support. This new limit on emissions represents a 27.5% reduction of emissions level in 2030 from the previous NDC.

Since countries should contribute to achieving the goals of the Paris Agreement according to their capabilities and in line with equity, they are not expected to all contribute the same targets. But if all countries strengthened their NDCs by the same percentage as Chile, the world would be on track to limit warming to 2 degrees C (3.6 degrees F), as opposed to around 3 degrees C under the current NDCs. That points to excellent progress from Chile, though still not sufficient ambition to avoid exceeding global warming of 1.5 degrees C.

With those new targets, Chile is taking steps to align its 2030 NDC with achieving its 2050 carbon neutrality goal (laid out in the country’s draft National Climate Law). In fact, Chile recently announced that it is embarking on a participatory process for elaborating its long-term climate strategy under the Paris Agreement, which would plan beyond the NDC out to 2050.

3. Moving from Relative to Absolute Targets

Chile’s strengthened NDC caps 2030 emissions at 95 MTCO2e, placing an absolute limit on how much emissions can increase. In contrast, the previous NDC only committed to reduce the emissions intensity of GDP — which means limiting the emissions produced relative to GDP, which may still allow an increase in absolute emissions. With this new NDC, Chile has moved from relative to absolute targets, making its efforts easier to measure and providing stakeholders better insights into the country’s actions. A fixed emission level by a certain date is a concrete target, with progress easily tracked.

Though all countries are expected to move toward absolute targets eventually, the Paris Agreement says that developed countries should take the lead in setting economy-wide absolute emission reduction targets. It is encouraging that Chile, as a developing country, has already taken the important step of switching its emissions targets to absolute reductions.

4. A Carbon Budget for the Next Decade

The new target also specifies an intended carbon budget of 1,100 MtCO2e over the course of 2020 to 2030. Most countries have single year targets for 2030 but do not limit the cumulative emissions they might emit before 2030. The extent of global temperature rise ultimately depends on cumulative emissions. Setting a carbon budget provides even greater clarity on Chile’s emissions over the next decade — and sets stronger constraints for the country’s contribution to climate change. For a 66% chance of limiting global warming to 1.5 degrees C, the remaining global carbon budget is 570GtCO2.

5. A Target for Black Carbon

Chile also set a robust target to slash black carbon emissions, by at least 25% by 2030 from 2016 levels. Chile is the second country after Mexico to set a quantified reduction target for black carbon. Black carbon, a component of the fine particulate matter known as PM2.5, is a short-lived but powerful climate pollutant, and damaging not only to the climate but to human health. According to the World Health Organization, PM2.5 is responsible for about 7 million premature deaths annually, including 5,000 in Chile in 2017.

In Chile, black carbon emissions come from diesel (for powering industry and transport), residential heating and wood burning, with disproportionate health impacts on poorer communities. Reducing black carbon therefore has the double purpose of mitigating climate change and reducing local air pollution and health risks, highlighting the importance of tying international commitments to local issues for the purpose of equity.

Room to Improve Some Elements of Chile’s NDC 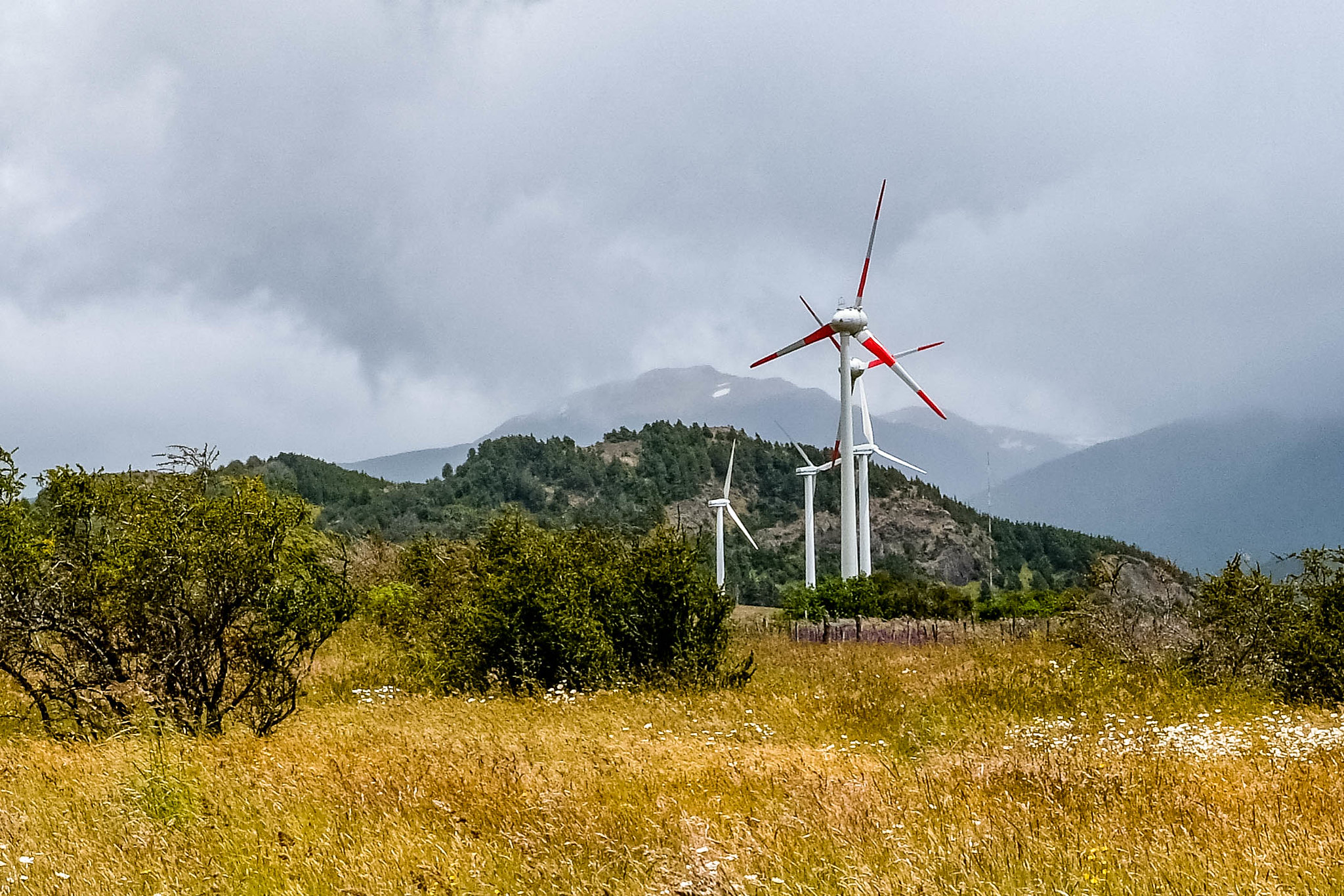 Renewable energy is increasingly cost-competitive with coal and oil in Chile. Photo by sergejf/Flickr.

Chile’s new climate plan is a good down payment for a prosperous and safer future. However, taking even bolder climate action would not only help Chile reduce the impacts of climate change, but also protect and strengthen the country’s economy. Key actions include:

1. Reducing Reliance on Coal and Oil

Chile’s power sector remains dominated by coal and oil, and the country is dependent on those imported fossil fuels despite having ample renewable energy resources.Partly because of this expensive dependency, electricity prices are volatile in Chile, and some of the highest in Latin America. Currently, Chile is part of a collective pledge with eight other Latin American countries to secure 70% of their electricity from renewable energy by 2030. The country has already beaten its national target to generate 20% of its power from renewable sources by 2025, reaching that goal in 2018.

The new NDC maintains the target to phase out coal power plants by 2040, though local civil society groups hoped that the NDC would bring the closure forward to 2030, not only for environmental reasons but also for social ones. Indeed, if Chile ends coal only by 2040, this is asking communities in the county’s notorious «saturated zones» — zones in the country with the highest concentration of polluting activities and coal-fired power plants — to bear the health and environmental brunt of the country’s growth for another 20 years, when alternatives already exist .

Phasing coal out more quickly would be in Chile’s national interest, as replacing coal with renewables would enhance the country’s energy security and reduce local air pollution. Reducing dependency on expensive fossil fuel imports would also bring electricity prices down, which should be a priority given challenges the Chilean government is facing in reducing inequalities.

The new NDC could also have set stronger adaptation targets for the water sector — such as new water management tools for sustainable agriculture, or reforming the 1981 Water Code to regulate the water market according to the latest climate science. Water security and sustainable water management are vital to preserving the economic and social benefits of Chile’s agricultural sector, including employment. Agriculture employs 9% of Chile’s working population, and including livestock farming represents the main economic activity in central and southern Chile.

Chile experienced a megadrought over the last decade, leading 17 local governments to declare an agricultural emergency in 2019, which has caused significant land-use changes and reductions in wheat cultivation. Grape cultivation and wine production are important export commodities in Chile which depend heavily on water supply. As climate change causes more droughts and water reservoirs dry up, agricultural production could decrease, causing Chile to lose its competitive position in the global market– currently among the top 10 agricultural exporters in the world.

Chile’s NDC includes strengthened monitoring of watersheds and aims to create strategic plans for all of the country’s water basins by 2030. This is a step in the right direction, but waiting until 2030 to start improving water use and management will risk the country’s water and agricultural security.

The Value of Bigger, Better Steps 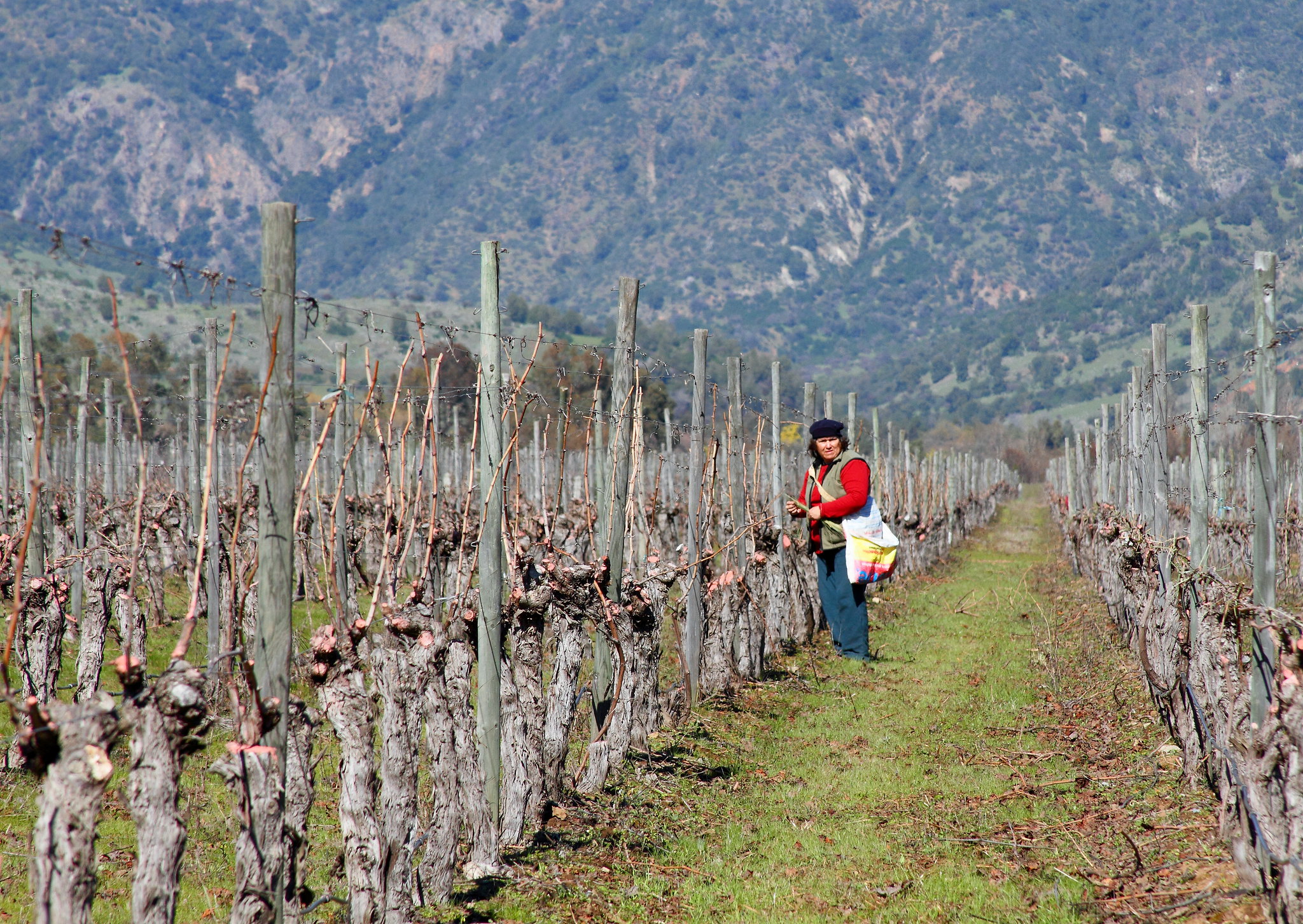 Today Chile faces not only climate change, but also the economic impacts of COVID-19. The country continues to address social and economic inequalities, which COVID-19 and climate change will likely exacerbate.

Chile should use its new NDC as a springboard to seize the broader social and economic benefits that a zero-carbon future can offer. Hopefully, Chile’s step forward will inspire other countries to truly invest in climate plans that generate sustainable economic growth, create green jobs and protect citizens.