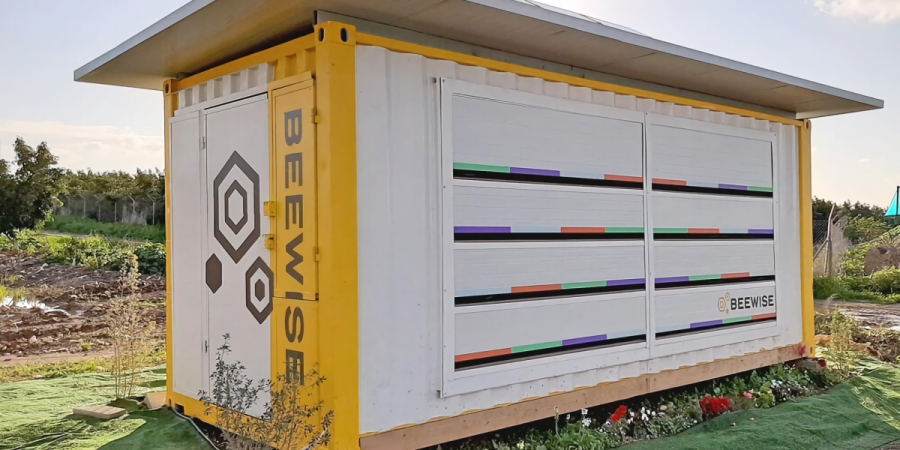 Beewise, which is developing an AI-powered beehive management solution, today announced it has raised $10 million. Founder and CEO Saar Safra says the proceeds will be used to meet demand from both beekeepers and large crop owners.

Beekeepers have to combat a growing range of threats, including colony collapse, where entire bee populations die suddenly. Collapse is an alarmingly common phenomenon, with global annual bee colony loss averaging around 40% owing to pests, pesticide poisoning, climate change, disease, and stress from management practices like transportation to multiple locations for pollination services.

As Safra points out, the demise of global bee populations isn’t just a problem for commercial beekeepers. Bees pollinate an estimated 75% of the world’s vegetables, fruit, seeds, and nuts and 35% of all agricultural land. The colony collapse epidemic has caused pollination costs to triple since 2004 and honey prices to increase by 50% since 2010. Recently, the United Nations said that if the pollinator decline continues, nutritious crops — for example fruits, nuts, and many vegetables — will have to be substituted by staple crops like rice, corn, and potatoes, potentially resulting in imbalanced diets that could lead to malnutrition.

The idea for an autonomous beehive came from Safra’s business partner, Eliyah Radzyner. A beekeeper by profession, Radzyner was perplexed by the fact that beekeeping methods haven’t progressed for ages. Beehives are largely kept in wooden boxes that have retained the same design for hundreds of years, and they’re not monitored with sensors, making it difficult to tell when problems like diseases or nutritional deficiencies arise in colonies.

Beewise’s alternative — Beehome — is a retrofitted shipping container that houses 40 colonies (about 2 million bees) and allows beekeepers to remotely treat their hives and care for their bees. Using a combination of computer vision, robotic arms, sensors, and software, it takes care of bees in real time while funneling vital data to a dashboard.

Beewise says it trained one of its machine learning models on thousands of images to pick out bees with varroa mites. (The mites, which feed off the liver-like organs of honeybees and larvae, cause weakness, as well as greater susceptibility to diseases and viruses.) A “decision-making” AI running on an Nvidia Jetson-based platform within Beehome determines whether to quarantine the affected beehive from others.

Beehome can control the climate and humidity of hives and kill pests by detecting them and applying pesticides where needed. Using another AI system, it identifies when a colony could be preparing to swarm and attempts to prevent this by adjusting the conditions. Beehome also detects beehives that are ready to be harvested, extracting honey automatically and notifying beekeepers once the honey containers reach capacity (500 gallons). And for the issues it can’t solve itself, Beehome delivers actionable alerts via an iPad app.

“We are seeing a lot of demand from companies that grow pollination-dependent crops like avocados, almonds, apples, and coffee,” Safra said. “Farmers and other food producers are very concerned about the fact they’re not getting their pollination. They reach out to us because they see how … bee colonies thrive in our device, and they want us to work with their beekeepers … Beewise is not reinventing beekeeping; all we are doing is allowing beekeepers to apply the same treatments they are applying in the field today but in real time and with a lot more data and effectiveness.”

Currently in beta, Beehome costs $15 per hive per month. Israel-based Beewise — which pegs the number of beehives worldwide at 100 million, representing a $14.4 billion opportunity — hopes to deliver hundreds to thousands of devices per year after ramping up production and contracting with manufacturers. As of today, the 15-person company has over 40 customers.

Beewise’s series A round was led by Fortissimo, with participation from Michael Eisenberg, lool Ventures, Atooro Fund, and Arc Impact. $2.5 million came from the EU’s H2020 grant program and $1 million from the Israeli Innovation Authority.

Sign up for Funding Weekly to start your week with VB’s top funding stories.