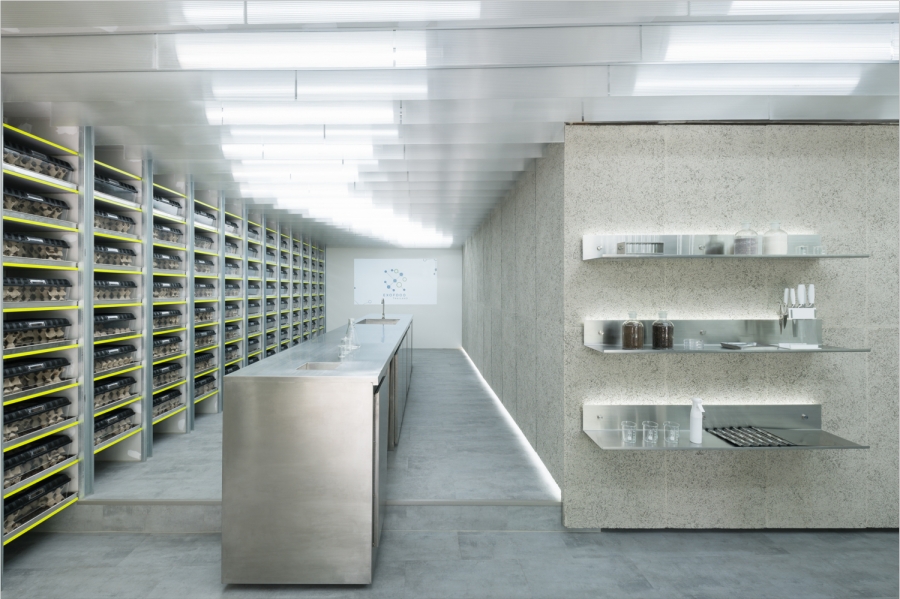 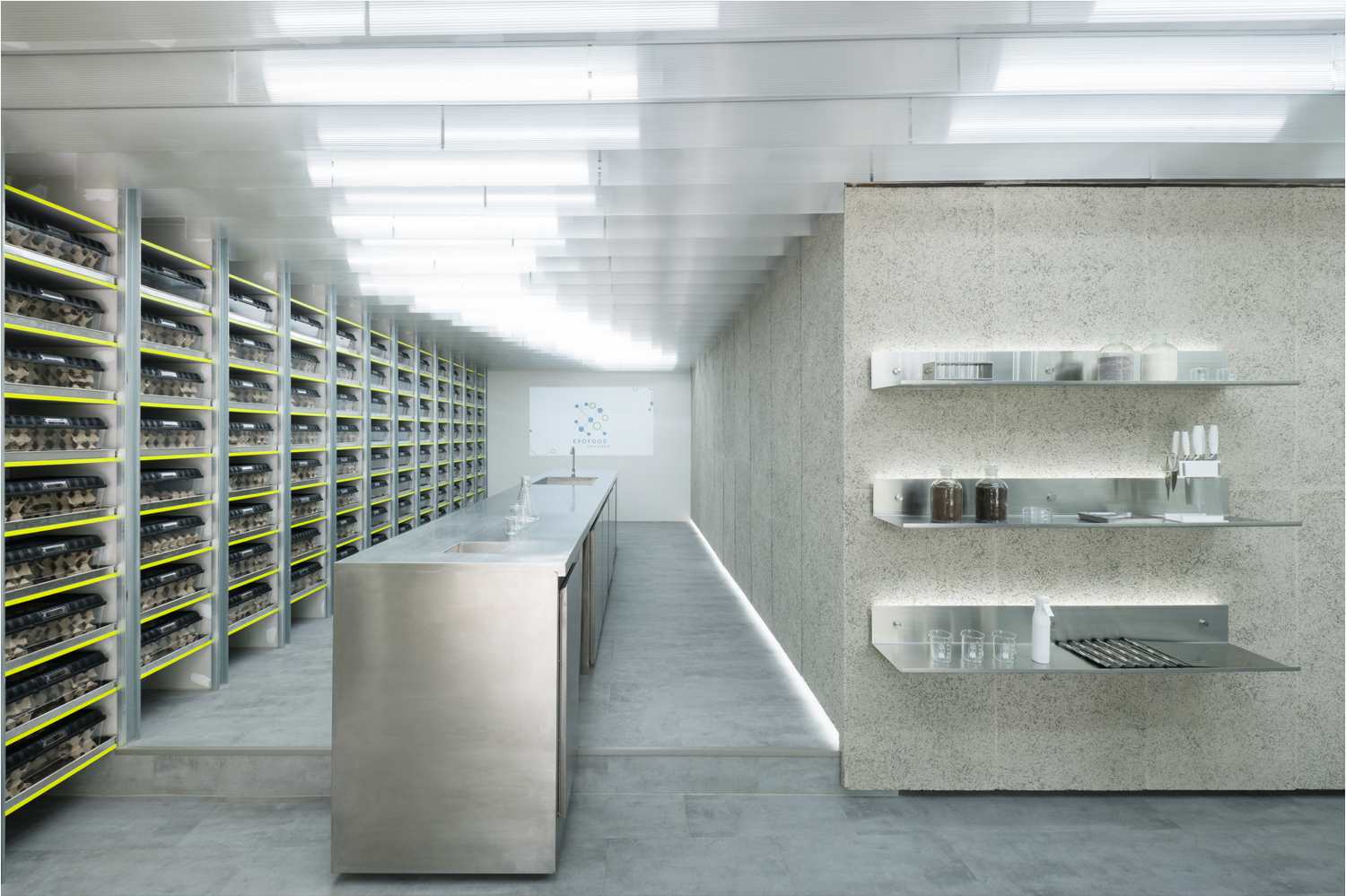 Today’s global environmental goals are no mean feat, and obviously affect all levels of society, including our consumption behaviour, and of course, the food industry. Since protein is such a pivotal element of our diet, many an endeavour has been made to create sustainable sources to traditional, and very often hazardous, agriculture and livestock. As for the latter, protein is used in large quantities to feed cattle, and it requires large swaths of land just for this purpose. Enter insect farming, an industry steadily on the rise in some parts of the world. Insect protein is widely considered to be part of the solution as insects reproduce quickly, have high feed conversion rates, and last but not least, a low environmental food print and requiring substantially less land and water for production. It so happens that in Bangkok the phenomenon has also trickled down to retail with the opening of a dedicated insect shop and laboratory by Exofood. Founded by local entrepreneurs Athiwatchapong Saksin and Chonticha Sujittarom, it’s a new start-up business which farms insects on-site. Initially, the produce will be used as a food source for exotic pets, but the company also aims to eventually become a main supplier for human protein consumption in the near future as it sees great potential, given the increasing food shortages, and as of late, the COVID-19 pandemic.

The Exofood shop and laboratory is situated in Phasi Charoen, a residential downtown area in the bustling Thai capital, and sees an interior design by interior architects Noppachai Akayapisud and Sathika Jienjaroonsri of Bangkok-based practice Space+Craft. Boasting an understated, clean and functional aesthetic, one of the objectives is also to change the negative connotation of insects, and especially in relation to consumption. As such, the setting aims to give visitors and shoppers an elevated experience by way of a slightly futuristic setting, captured by a palette of simple materials. An entire wall is covered by a vertical shelving system containing boxes with a variety of insects, representing the ingenious concept of vertical farming. The frontside of the shelves are dipped in a neon hue, adding a playful visual touch, and each column is divided by simple and locally produced construction materials. Additional furnishings and fixtures comprise of an elongated steel counter with storage cabinets and a built-in sink, and matching wall-mounted shelving. Lighting comprises of three rows of tubular lights on the ceiling, separated by polycarbonate panels which add to the understated industrial aesthetic. 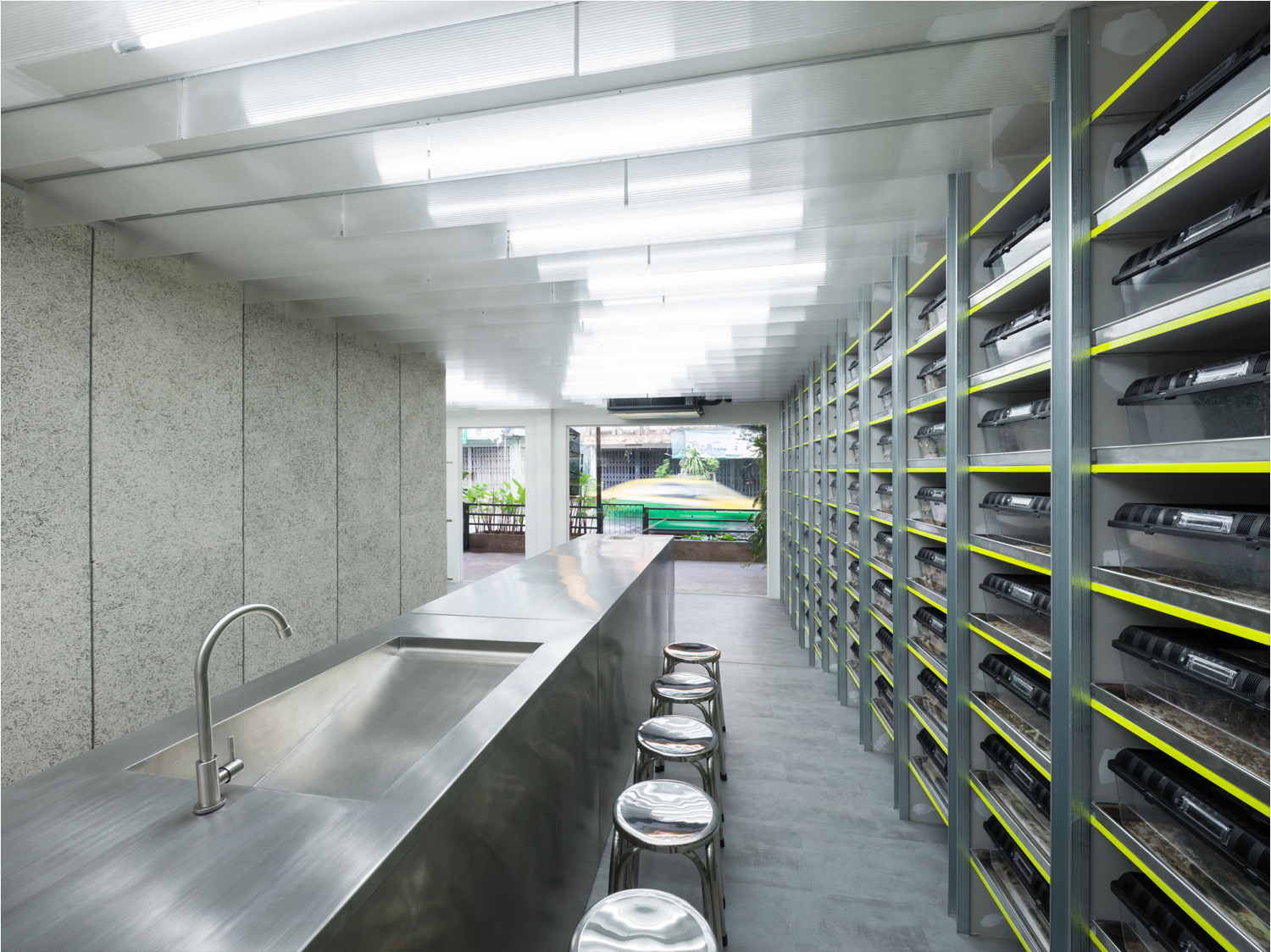 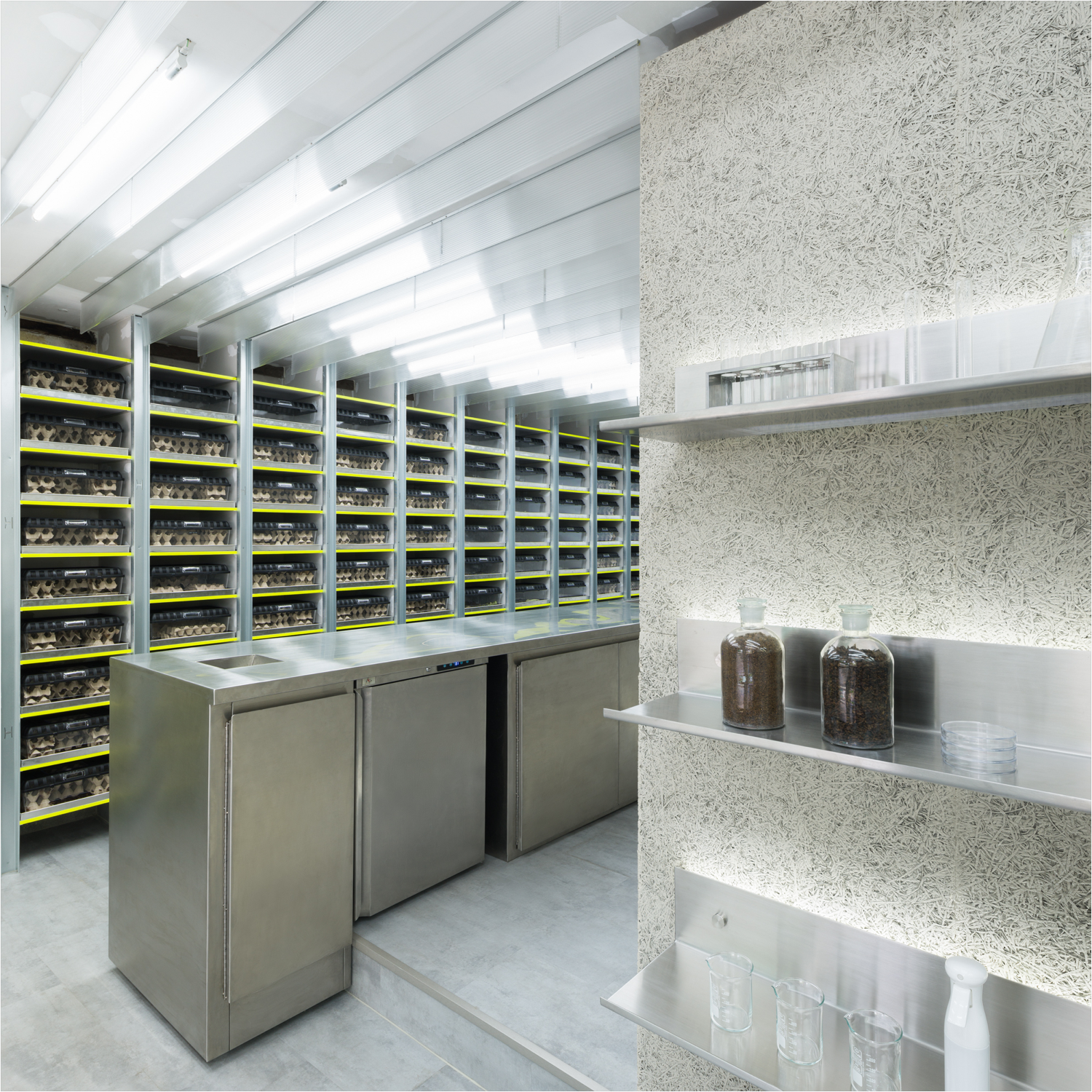 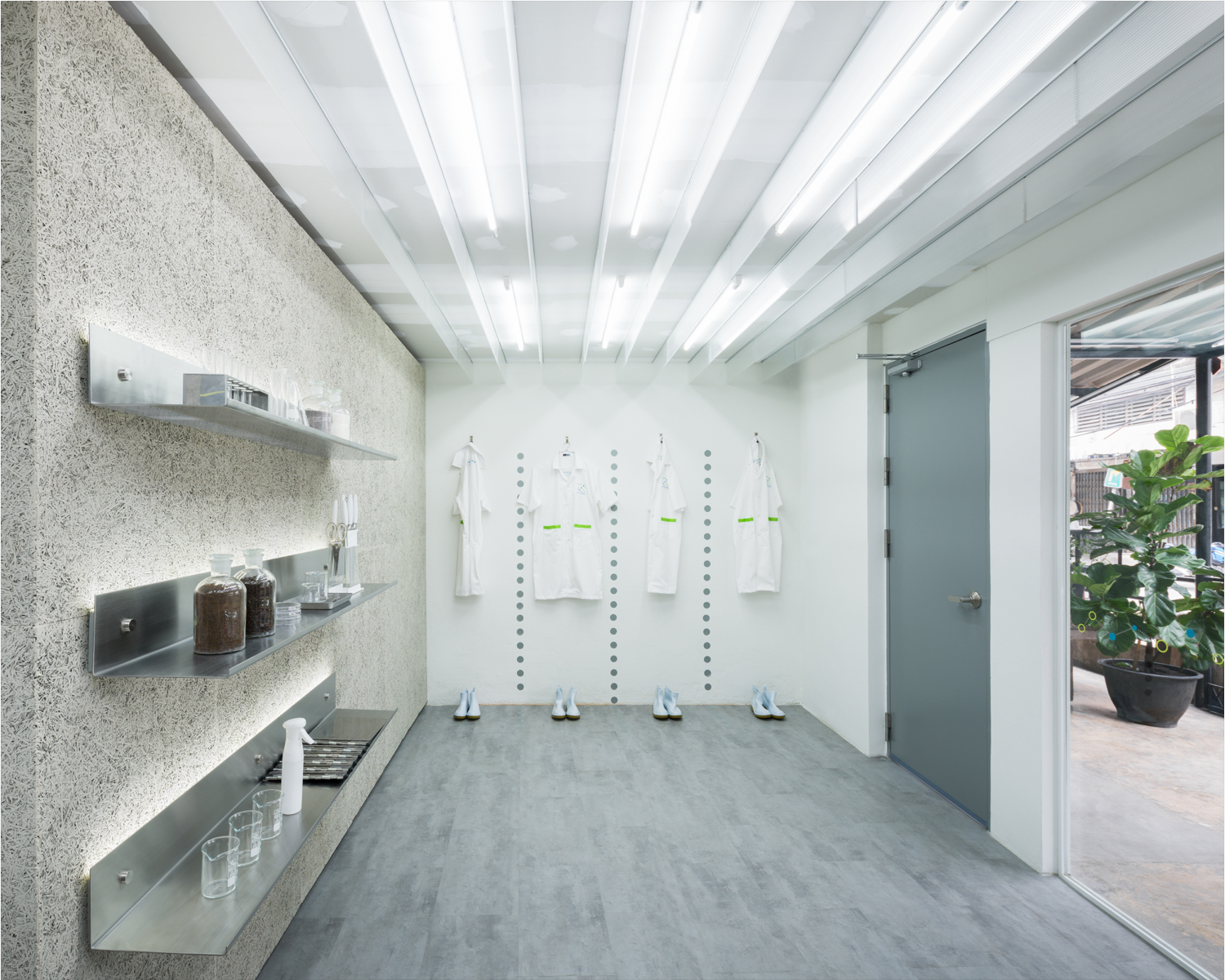