Baby food at your doorstep? Call it pandemic innovation 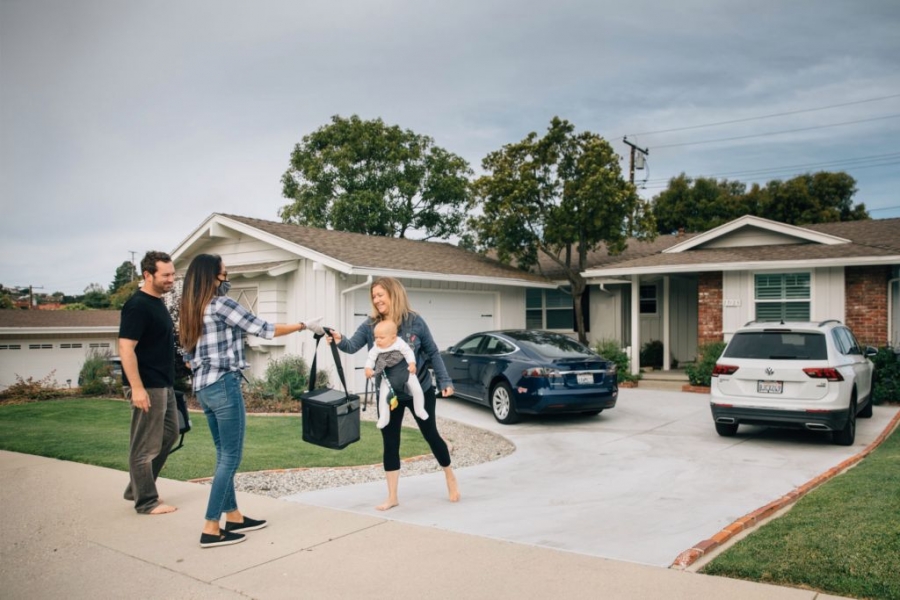 In a Redondo Beach kitchen Christine Elfalan and Dana Ark, craft their own take on pandemic-era takeout meals.

Their portions? Itty bitty. And so are their customers, who will no doubt express their gratitude as soon as they learn to talk.

Joju Baby Food was launched in April during the early months of the “Safer at Home” orders.

“We thought, how can we help parents have an easier parental life,” Elfalan said, “spend more time with their kids, as opposed to spending more time cooking, but give their kids the nutrition that they deserve?”

The entrepreneurs are passionate about freshness and nutrition. “You realize at some point that the food in the stores is older than our babies,” Ark said.

They also battled the blandness of typical commercial baby food.

“We started talking about this idea of being more palate-developing with food for babies,” Elfalan said.

So Joju offers single-ingredient classic flavors for babies new to solids and “foodie flavors” — multi-ingredient purees that feature everything from grains to herbs and spices– including Korean and Mexican — flavors, focused on palate development.

Julia and Jordan became early taste testers. “They seemed to like it,” said Ark of their recipes.

“They were tasting everything. There were some things that they loved and you can tell because they would just keep eating it,” Ark said. “And then some things that just they refuse to eat.”

Elfalan said they brought in advisors, nutritionists and a pediatrician to help develop the food.

Joju cooks every Friday at The Kitchen Terminal in Redondo Beach. Then, on Saturday morning Elfalan and Ark drop off each delivery at the customers’ front doors.

They also offer the “milkman model” of delivery, in reusable coolers, cold-packs and jars. They also pick up the containers to sanitize them for re-use.

Sign up for The Localist, our daily email newsletter with handpicked stories relevant to where you live. Subscribe here.