AR glasses tell if gerbera can be harvested – WUR 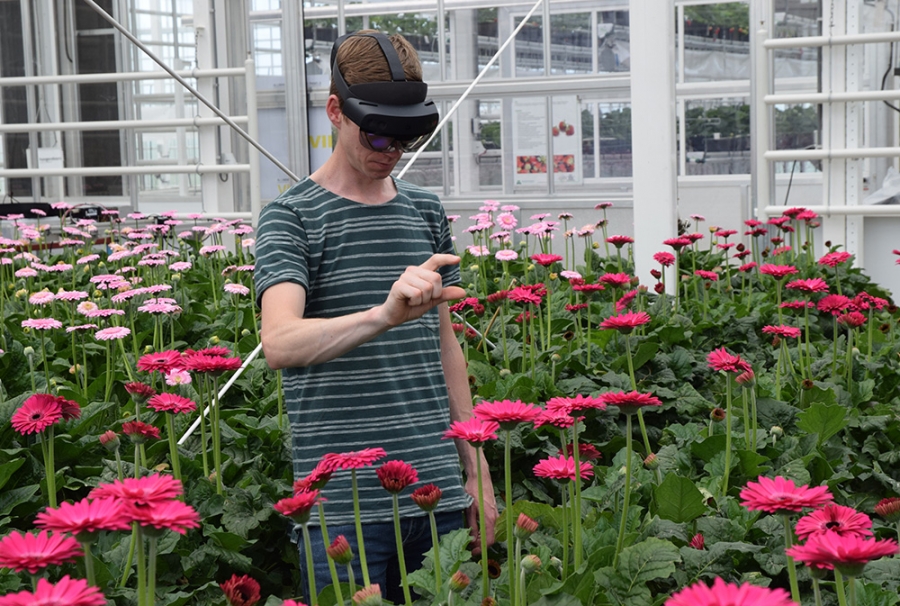 The Augmented Horticulture project started last year. For four years, WUR has been developing four use cases with a consortium of several horticultural suppliers. Each use case consists of a series of underlying software modules. For example, at this time researchers work on recognizing QR codes with AR glasses, so that the glasses can retrieve relevant information about a specific plant from a database. This module will be demonstrated in the summer of 2020. 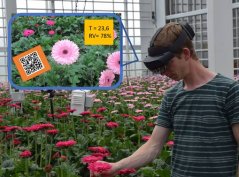 This module is part of the first use case: having AR glasses count the number of stamens in the flower of a gerbera. The purpose of this application is to train new harvest personnel in recognizing harvest-ready flowers. In the second use case, AR glasses recognize the degree of stress of plants in a greenhouse. This is measured by infrared sensors, and converted by the glasses into relevant information that can be projected in color over the image of the crop in the glasses. 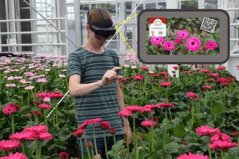 The third use case concerns position determination in the greenhouse: not only of the person with the glasses, but also of his or her viewing direction. The AR glasses then know where the wearer is looking, and therefore automatically for which plant information must be displayed. The recognition of a QR code is then no longer necessary. In the fourth use case, the glasses can convert speech into text. This is ideal for, for example, scouts or for breeders: they do not have to write down their findings with pen and paper, but can talk to the glasses.

The project uses Microsoft’s HoloLens 2: currently the most powerful AR glasses. During the project, researchers also look at the application of crop growth models that predict production and the link with phenotype databases.