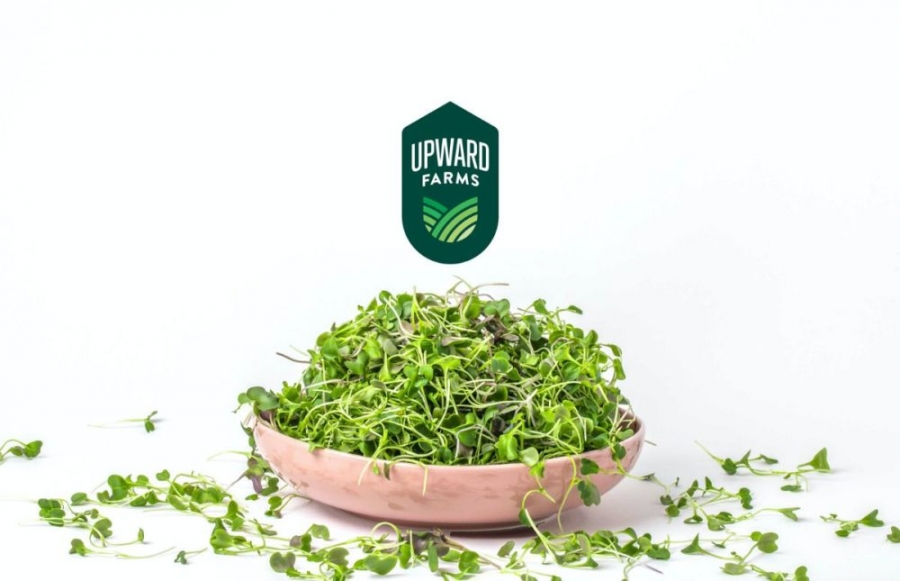 Fish and leafy greens may appear to be unlikely bedfellows. Not so much for Upward Farms.

“The tech we use is a combo of aquaculture and hydroponics,” Jason Green, founder and CEO of the New York-based startup, told AFN. “By cultivating complete ecosystems with a strong microbiome, and leveraging the precision and control of indoor agriculture, Upward Farms not only grows thriving plants and animals but offers the potential for a sustainable food supply that is both scalable and safe.”

The company, previously known as Seed & Roe, raised $15 million in a round led by US VC firm Prime Movers Lab. The raise was completed before the Covid-19 pandemic hit the country, according to Green, bringing its total funding to date to $20 million.

Upward Farms has focused on selling pre-packaged salad greens to retailers. The new name reflects the startup’s aspirational view of where it wants to take its concept, and expresses its intention to repair what it views as a broken food system.

It captures Upward’s optimistic hopes for further expansion, too. To that end, it has a new farm in the works. 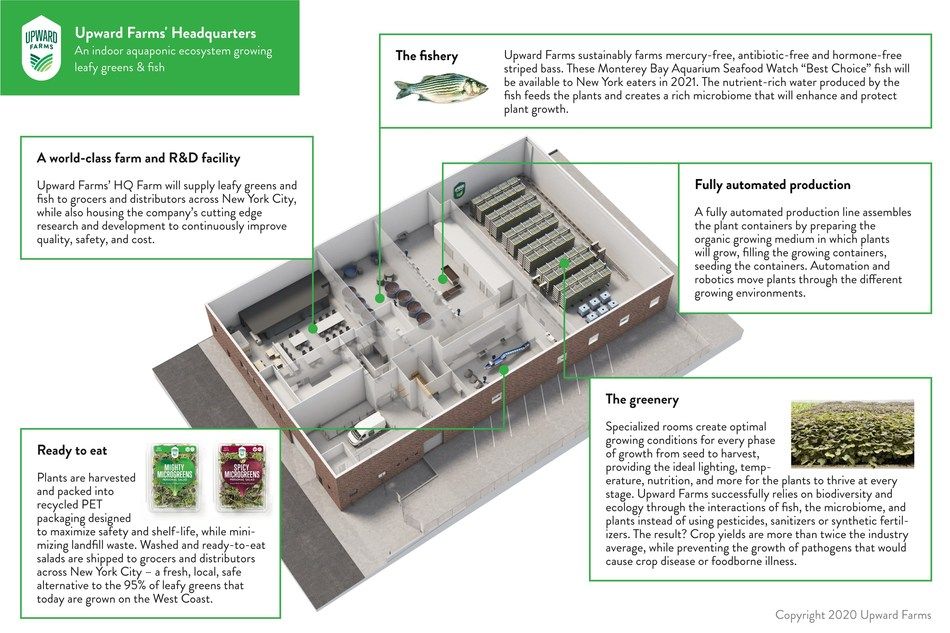 A look inside the new Upward Farms headquarters, an indoor aquaponic ecosystem growing leafy greens and fish. The new Brooklyn farm is on track to open this year and will increase production by 20x over the startup’s original facility. Image credit: Upward Farms

The new facility will open in Brooklyn in late 2020, and will serve additional functions including research and development, attracting new investors, and educating the public about the benefits of indoor farming. It will feature a fishery that produces antibiotic-free, hormone-free striped bass free of antibiotics, added hormones, and mercury, that will be sold commercially in 2021. The company is still working out some of the details on how and when it will distribute its fish, Green said.

Another portion of the new facility is the greenery, which contains specialized rooms that provide optimal growing conditions. The interaction of the fishery and the greenery and the resulting microbiome is the magic behind its approach, Green explained.

“It’s really about a technology advantage, being able to cultivate a complete microbiome as you would find in well-managed soil. Existing hydroponics technologies are repeating some of the same mistakes as conventional agriculture because they are entirely dependent on synthetic chemicals for plant growth,” he said.

“Even for Indigo or Pivot Bio they are tapping into about 1% of the soil microbiome. Science has shown that only 1% of the microbes identified in soil can actually be grown in a lab or in industrial fermentation processes […] What we are showing is that by cultivating a complete ecosystem you are able to unlock 100% of the soil microbiome because the other 99% of microbes are dependent on plant interaction.”

To some, the indoor farming space can seem crowded – particularly after a renewed bout of interest from investors. But, as Green pointed out, the produce department of your local grocer tells a different story.

“When you go to your grocery store, where is the most product from? Large conventional producers,” he said.

“It looks like there is a lot of crowding when you look at this on Crunchbase or Pitchbook. But 95% of the produce comes from California and Arizona. We are still in the first inning of this industry.”