This UK startup raised €6.5m to commit electricide on weeds 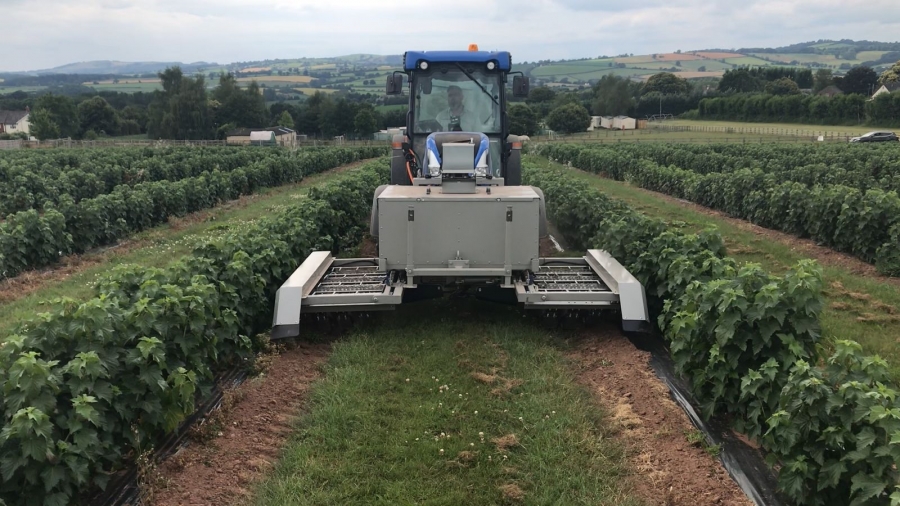 RootWave, a UK startup developing ways to kill weeds with ever more precise zaps of electricity, has raised a €6.5 million ($7.2 million) Series A investment round. V-Bio Ventures and the Rabo Food & Agri Innovation Fund led the round, which was joined by the Dutch impact syndicate Put Your Money Where Your Meaning Is Community (PYMWYMIC), along with existing shareholders Yield Lab Europe.

From a father’s first spark …

RootWave, which is registered under the company name Ubiqutek, was founded in Warwickshire by CEO Andrew Diprose in 2012, though it only really got into its stride in 2015. Its electrical spark of inspiration owes a fair bit to years of earlier efforts from Diprose’s father, Michael, who had been trying out ways to electrify weeds in the 1980s and is now a technical adviser. Back then and since, his methods failed to spark much market uptake, as it was never seen as safe or cheap enough versus chemical weeding, the dominant method of killing weeds. Consumers, scientists and regulators in those days were also less worried about the side-effects of herbicide residues and runoff, while plant resistance to the chemicals was also fairly low.

“That was a very different time,” said Diprose (the Younger) in a recent phone interview with AFN, describing his father’s earlier attempts. Nowadays, he said, advancing technology is providing better energy storage and efficiency, as well as greater control over the frequency and accuracy of electrical blasts. One health and safety upside from this better tech is obvious: greater precision stops the inadvertent electrifying of surrounding plants, of insects beneath the soil, or even of nearby farmers. The aura around herbicides, meanwhile, is fading. Regulators, litigators and consumers are turning against their excessive use in what has morphed into a $30 billion industry — just as weeds become ever more resistant to them, too.

To get its electricide weed-zapping tech to market, RootWave has had a fair bit of government support, having won several EU and UK grants. The latest funding, Diprose said, will be to rollout its RootWave Pro, a professional hand-weeder for spot weeding and treating invasive species. The company will also apply these funds toward integrating its technology into automated agricultural weeders, and conducting further research into novel electricity-based weed killing applications. “We see weed-killing as a process of seeing, touching, and zapping,” said Diprose. “We do the zapping bit, and we’re looking to partner with companies who are good at the other bits.”

These “other bits” involve computer vision software for the seeing — this requires algorithms that run tirelessly through millions of images of weeds and crops — so eventually, the software can tell which is which. For the “touching,” that requires hardware that has the right agility to get the Rootwave technology to where it needs to be: poised at its target; primed to commit electricide.

The wisdom (and wallets) of the crowds

One of those partners, said Diprose, is the UK’s Small Robot Company, which focuses on both the seeing and the touching, and has raised £790,000 so far from its latest crowdfunding campaign — you can follow its fundraising efforts here on Crowdcube.

Its latest appeal to the wisdom (and wallets) of the crowds has left Small Robot Company with more than £2.5 million in funding to date, including £1.2 million from its previous Crowdcube raise, and around £1 million in Innovate UK grants. This includes an £800,000 grant for its ‘Wilma’ artificial intelligence weed recognition and ‘Tom’ weed mapping technology. This was one of the largest single agritech grants made under Innovate UK’s innovation scheme in 2018.

In a press release sent to AFN, Innovate UK’s head of food and agriculture, Calum Murray, said Small Robot Company’s tech “will allow farmers for the first time ever to use non-chemical precision robotic weeding for cereal, whilst saving energy and reducing costs.”

The latest funding secured will finance the manufacture of a fleet of Tom monitoring robots for its commercial weed mapping service. It will also bankroll bringing the non-chemical weed zapping robot Dick to field trials, which is happening in collaboration with RootWave. An initial prototype will go into field trials in 2020, with the commercial weed zapping service anticipated to be available from autumn 2021.

RootWave is also partnering with more established European ag-machinery companies like Steketee and SFM Technology. But another prospective early-stage entente cordiale for RootWave could be the likes of France’s Naio Technologies, which raised its own €14 million Series A to build more agri-robots earlier this month, as AFN reported. This Toulouse-based robotics company has been an instigator of active collaborations in the European agrobot sector through its yearly hosting of FIRA, which you can read about here. One other pull drawing RootWave closer to Naio will be that they now share an investor in PYMWYMIC.

“These are hardware companies and we are not scared of that,” said Pieter Vis, investment manager of PYMWYMIC, in an interview last week with AFN, where he noted how he would encourage both Naio and Rootwave to find common ground. “We are taking responsibilities with companies that require patience and long term thinking… but, we really believe this can lead to an alternative to chemical herbicides.”

Vis, who will be joining the board of directors, vowed to “really sit down with the companies and develop their impact strategy,” stressing the need to work on ever lower energy inputs. Vis will be joined on the board by Willem Broekaert of V-Bio Ventures and a representative of Rabo Food & Agri Innovation Fund.

Broekaert, in a statement, said that his company “strongly believe in the transformation RootWave can bring about in the weed control market.” Richard O’Gorman, who is a director of Rabo’s Food and Agri Innovation fund, described their involvement as “testament to our mission to support truly innovative emerging technologies that can make a true difference in how we produce food in a future-proof manner.”