27,000 farmers ‘to miss out on £1.6m in payments’ as Nestle drops Fairtrade for KitKats 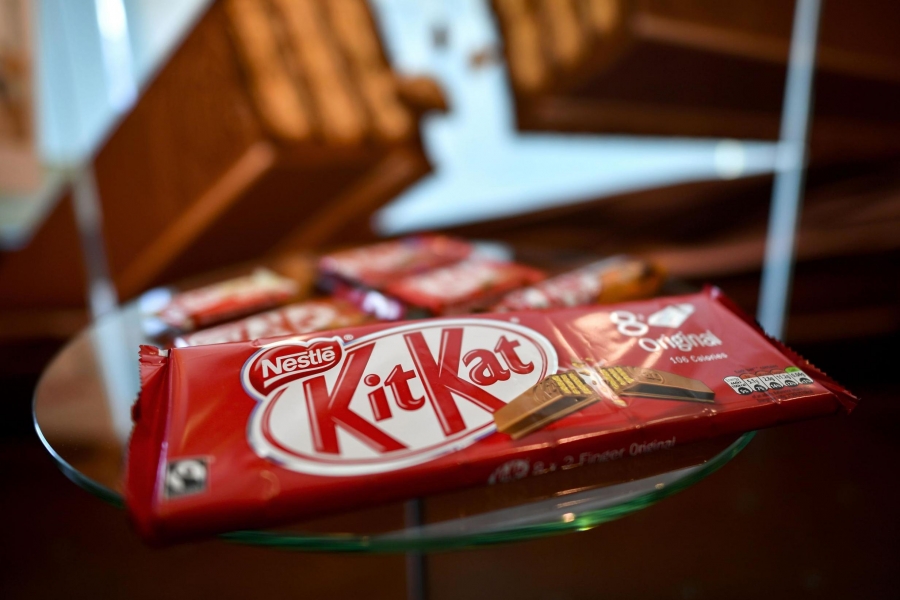 About 27,000 cocoa and sugar farmers are set to miss out on annual premiums worth £1.6m after Nestlé announced their KitKats in the UK and Ireland will no longer be Fairtrade.

From October, the cocoa for KitKats will come from the same farms under Nestlé’s own cocoa sustainability programme, Cocoa Plan, certified with the Rainforest Alliance while the sugar will mainly come from the UK, with some sourced from France.

“The farmers have been trading their way out of grinding poverty thanks to a commitment from Nestlé to buy Fairtrade over these past 10 years. Nestlé withdrawing their support will have a huge impact. Farmers asked very clearly for Nestlé to continue sourcing from them on Fairtrade terms. Nestlé has said they’re willing to source from them, but not on Fairtrade terms.”

Under Fairtrade, cocoa farmers earn a minimum price of about £1,900 per tonne for their cocoa beans sold on Fairtrade terms – with the potential to earn more if the market price is higher – in a bid to protect them against global market volatility. On top of this, a Fairtrade premium of about £190 per tonne of cocoa beans is paid to the certified farming co-operatives, which is spent on community projects such as building schools or health centres, improving productivity and quality.

Under Nestlé’s Cocoa Plan, farmers will receive a premium of just £47.80 per tonne, set by the Rainforest Alliance, which last year would have equated to a disparity of £1.57m. Nestlé, which reported global profits of more than £10bn last year, will also be investing £1.5m in the transition over the next two years, but there are no price guarantees to farmers beyond this.

Global technical manager for Nestlé Confectionery, Simon Billington, says: “We are aware that the move will have an impact on some farmers, and we are working hard to mitigate this.” A Nestlé spokesperson said that the brand would be paying more than ever for its cocoa in the 2020-21 season, as it would also pay a “living income differential” set by the governments of Cote d’Ivoire and Ghana of roughly £2.2m. However, Fairtrade brands will also pay the differential of $400 per tonne.

Nestlé also highlighted that its new premium would go directly to farmers, saying that it was seeking to “empower¨ workers.

A woman picks cocoa pods in a field near the village of Boko, some 200km north of Ivory Coast capital (AFP)

Most of West Africa’s 2.5 million smallholder cocoa farmers live in abject poverty. Male farmers in the Cote D’Ivoire and Ghana, where 60 per cent of the world’s cocoa is produced, earn around 75p a day on average, less than the extreme poverty line. Female farmers earn around 23p per day.

According to recent estimates, cocoa farmers typically earn around 5 per cent of the price of a chocolate bar, with the largest chunks of 40 per cent going to brands like Nestlé and 35 per cent to retailers.

Nestlé is not the only brand to move away from Fairtrade. Mondelez dropped the Fairtrade Logo from their Cadbury’s Dairy Milk Bar, opting for their own Cocoa Life scheme in 2016, and Green and Blacks launched a non-Fairtrade edition in 2017 – both are owned by Mondelez.

Fairtrade still partners with Mondelez and research by Euromonitor International shows Cadbury’s Dairy Milk made Fairtrade claims across 20 per cent of its online products in 2019.

Only 6 per cent of the world’s cocoa is made on Fairtrade terms, which the foundation trumpets as letting farmers make their own decisions, rather than having spending decided in boardrooms. Cathryn Higgs, head of food policy at Co-op, says: “Producers continue to tell us that Fairtrade is the best certification for them and their families. A Fairtrade price means everything to cocoa producers, but costs consumers very little, less than 2p per bar – a small price to pay to ensure a fair future for producers of our chocolate.”

Fairtrade’s annual report shows cocoa sale volumes increased by 23 per cent in 2019, largely thanks to Co-Op, Waitrose and John Lewis now using 100 per cent Fairtrade cocoa in all their own-brand products.

Euromonitor International’s research in 2018 revealed own labels, such as Cadbury’s Cocoa Life or Nestlé’s Cocoa Plan, could create consumer confusion; many in-house schemes have yet to resonate; and consumers may be unclear about the changing working relationships between certifiers and brands.

“There is an information overload and companies risk diluting consumer confidence in their standards if there’s not uniformity across the board,” says Euromonitor food and nutrition consultant, Trishna Shah.

Cocoa beans are pictured next to a warehouse at the village of Atroni, near Sunyani, Ghana (Reuters)

There is also an overload in sustainable initiatives which are doubling up on the cocoa farms they are certifying, meaning the reported sustainability figures are misleading.

A recent Fairtrade report reveals less than 50 per cent of sustainability initiatives together claim to work with more than 150 per cent of farmers in West Africa. This indicates that some farmers are benefiting from multiple initiatives due lack of coordination, while as many as 1.69 million could be left out.

“It’s the most vulnerable in our food chain who are paying the greatest price for this confusion,” says Co-Op’s Higgs.